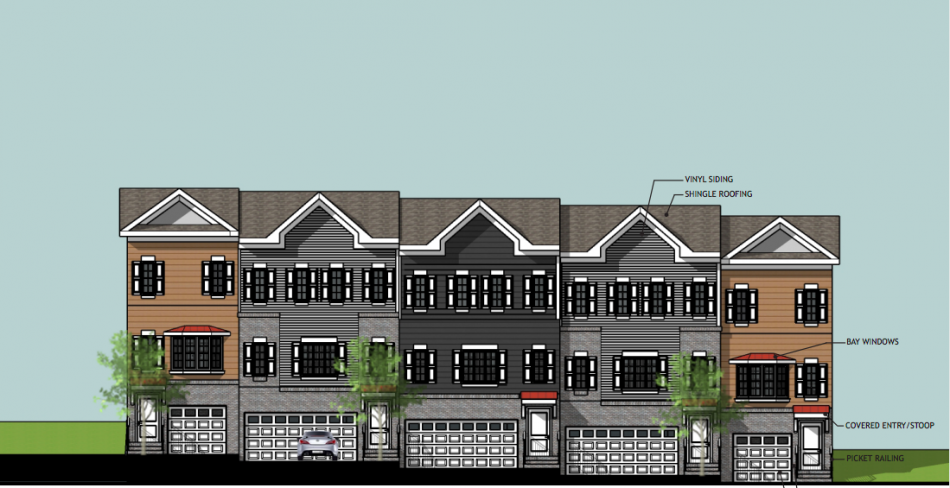 Hundreds of new townhomes are bound for a site next to the last stop on MARTA’s eastbound line.

Plans call for a town-center-style layout of 239 townhomes in the shadow of the Indian Creek MARTA station, the last eastbound stop on MARTA’s Blue Line. The 20-acre site also borders Interstate 285, about 15 miles east of downtown Atlanta, just north of I-20.

The BTR approach with townhomes has also been spotted lately in neighborhoods closer to Atlanta’s core, including Edgewood, Pittsburgh, Peoplestown, and Grant Park.

With Avondale East, floorplans will range from one to three bedrooms, with between 1,050 and 1,613 square feet, each with garages. An 8,000-square-foot clubhouse, coworking space, fitness center, walking trails, pocket parks, fire pits, and a pool described as resort-level are also in the works.

The first Avondale East townhomes are scheduled to deliver in summer next year, with Brock Built Homes tapped to the construct the dwellings, according to Kaplan officials. Also on the team is architecture firm Niles Bolton Associates, Focus Design Interiors, and civil engineers J Lancaster Associates.

An additional selling point, per Kaplan officials, is the Electric Owl Studios under construction for TV and film production across the street.

Kaplan bought the Redan Road property, situated just OTP, from Paideia School for $6.5 million in summer 2021. Have a look at changes planned there in the gallery above.