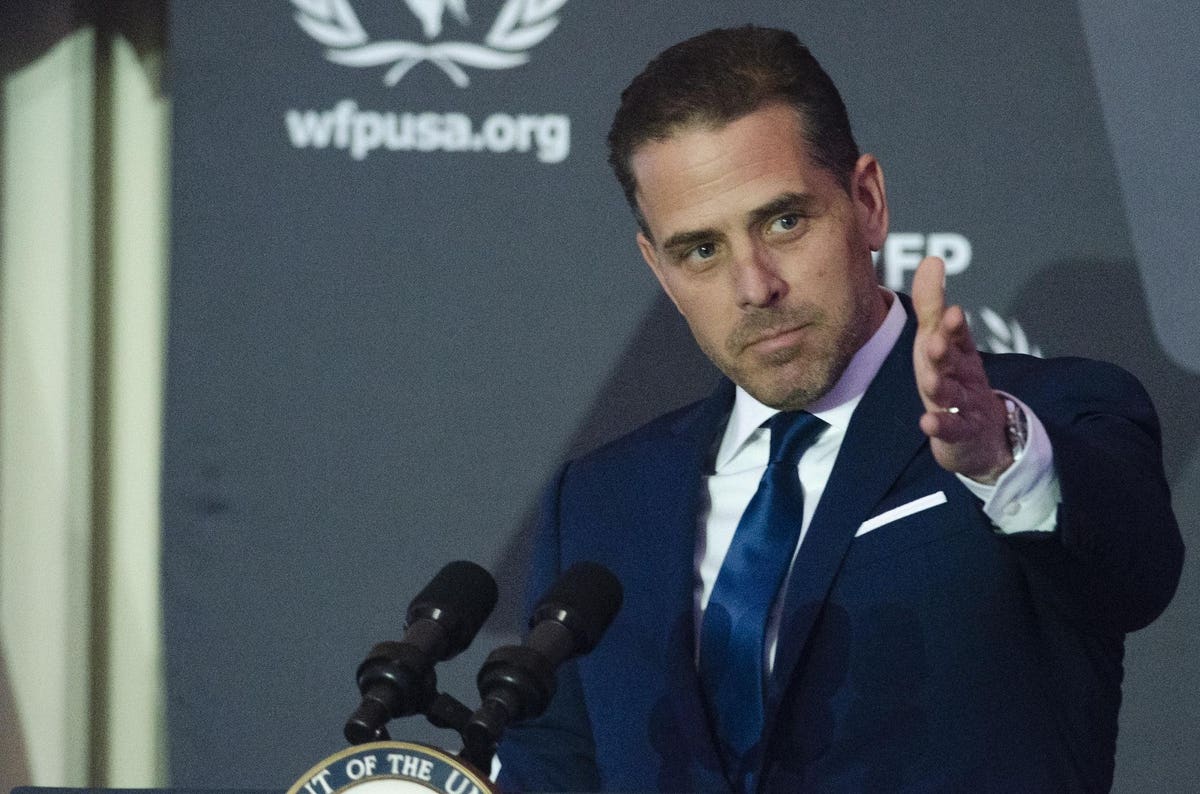 Hunter Biden, the son of President Joe Biden, found himself the topic of conversation once again on social media, and by Thursday afternoon there were more than 133,000 tweets related to the younger Biden. Many were openly mocking him, while others came to his defense – as links to a story that was were first posted to a British tabloid on Wednesday were shard across Twitter.

The Daily Mail newspaper, which had previously posted numerous stories about the content from a laptop that reportedly had belonged to Hunter Biden, claimed it had “unearthed footage” in which the president’s son told a prostitute in Las Vegas that Russian drug dealers stole another of his laptops.

The content of said laptop(s) has been controversial since it was first reported in the lead-up to last year’s presidential election. Since then, a number of stories emerged after the younger Biden had reportedly left a laptop at a Delaware repair shop. Biden has maintained he has no recollection of ever dropping off the laptop.

However, it allegedly had a plethora of damning content. Yet, as Newsweek also reported, if the video posted on The Daily Mail this week were true, Hunter Biden would had to have lost three computers containing sensitive information including one in Las Vegas, one in Delaware and yet another that was reportedly seized by federal agents.

While the story sounds incredible, many who have been openly vocal in their opposition to President Biden have quickly shared the story on social media.

Conservative talk show host and author Ben Shapiro (@benshapiro) was among those who shared a link to The Daily Mail’s coverage, posting, “The smartest person Joe Biden knows strikes again.”

That post was liked more than 10,000 times and retweeted some 2,429 times – even as there was no corroboration that the story was in anyway factual. Instead that one story was posted, reposted and circulated like it was fact.

Sean Spicer, former White House press secretary and White House communications director under President Trump also jumped on the story, posting, “For everyone who opined that Trump was controlled by Russia and scrutinized every action & tweet from his kids, maybe it’s worth noting that Hunter Biden claims Russian stole his laptop..at least think about it.”

This isn’t the first time that content from a laptop purported to belong to Hunter Biden has trended on social media for its content. Many hundreds of others called for an investigation, despite the fact that Hunter Biden holds no office.

“It’s an effort to not let the story die,” said technology and telecommunications analyst Roger Entner of Recon Analytics.

It could be seen a way to target the current president by way of his family, and it may not be coming just from average Americans however.

“We don’t know how many of those are actually Americans or and how many are foreign trolls that benefit from fanning the divisions in our country,” added Entner.

As many took aim at Hunter Biden, many others rallied to his defense – at least in a roundabout way, by pointing out potential transgressions made by the family of former President Trump. In those cases numerous allegations, which haven’t actually been proven, were also called up as fact.

In this way, it could be argued that social media has essentially weaponized rumor, innuendo and hearsay as misinformation. But it also makes it very difficult to actually debate these issues rationally.

“But it’s also not new,” said Schmidt. “Benjamin Franklin published widely read papers that had obviously fake news in them, and pamphleteers distributed thousands of what we’d today call blogs – but on paper! In the absence of other forms of mass communication, the printed word had enormous effect on what people believed about public figures.”