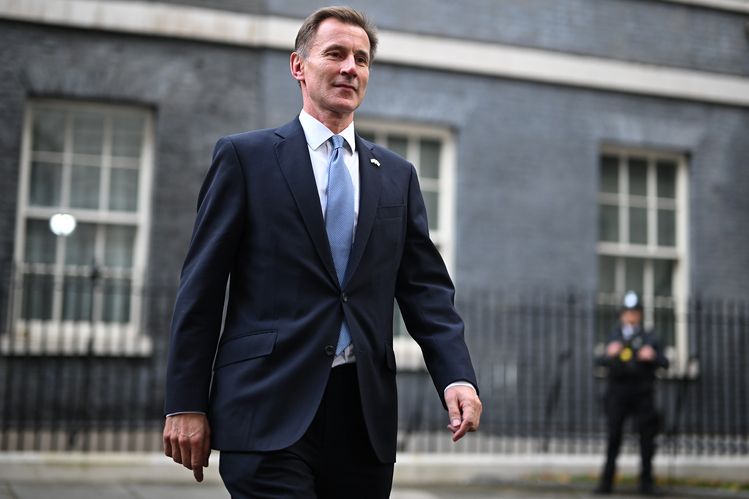 On the whole, the chancellor’s Autumn Statement was rather understated. Jeremy Hunt unveiled a huge package of tax and spending changes with less of the fanfare we have come to expect. And none of the rabbits. Perhaps it was just that the news was so unremittingly bad.

But in one area, the chancellor indulged in a bit of hype. His repeated mention of Big Bang suggested he was planning a programme of radical regulatory reform for financial services. But in reality, the only concrete move he announced was the widely-trailed and long-awaited changes to the Solvency II capital regime for insurance companies.

So what has happened to the Big Bang 2.0 for financial services promised by his short-lived predecessor Kwasi Kwarteng? It appears to have been kicked into a review of EU regulations in five growth industries, including financial services, which Hunt said would be concluded by the end of next year.

This will disappoint those in the City who were hoping that some new reforms could be introduced as amendments to the Financial Services and Markets Bill currently going through parliament.

In their dreams, some UK bank bosses even hoped that there might be something that would soften the impact of the rules (nothing to do with the EU) on ring-fencing of their retail operations. No such luck.

There had been some speculation that Hunt might also mention plans to amend the MiFID rules that have led to a sharp reduction in the amount of independent research on small quoted companies. This issue was (bizarrely) highlighted by Liz Truss during the Tory leadership contest in the summer. But there is little interest in reforming this aspect of MiFID in the City, which has come to terms with the new regime, so it was no surprise that Hunt said nothing.

Nor was there any mention of reforming the cap on charges that defined contribution pension schemes can pay the managers of default funds. In his ill-fated mini-Budget, Kwarteng promised to push through changes which had run into the ground under Boris Johnson due to opposition from pension funds.

Another dog that didn’t bark was lifting the cap on bankers’ bonuses. Kwarteng surprised the City by announcing the move and it has been widely reported Hunt would stick with the plan. That appears to be still the case though Hunt (unsurprisingly) failed to highlight the controversial move in his speech.

If there were some disappointments for the City it could certainly have been much worse. Given the enormous pressure to raise tax revenue, there must have been a big temptation to scrap the reduction in the bank tax surcharge. A year ago, when Rishi Sunak was Chancellor he announced plans to raise corporation tax from 19% to 25% and said that the surcharge for banks would fall from 8% to 3% to prevent UK banks losing international competitiveness. There had been fears that some or all of this cut might be scrapped on the (spurious) grounds that banks were enjoying windfall profits from the rise in interest rates. But to their credit, Sunak and Hunt have resisted the temptation.

They also confounded expectations that they would raise revenue by scrapping the non-dom tax rules that once benefited Sunak’s wife and indeed his predecessor, Sajid Javid.

In its reforms to Solvency II, the government has rebuffed calls for changes from the Prudential Regulation Authority which was concerned about protections for policyholders. Instead, the PRA will be given extra tools to monitor the safety of insurance companies.

The reforms were widely welcomed in the City though Jefferies analyst, James Pearse, said the absence of a timetable was disappointing. “We were surprised by the lack of any concrete timeline in the government’s consultation response, given that this process is at least three years in the making.”

The government believes the changes will allow insurance companies to invest billions more in illiquid assets, such as infrastructure, though some sceptics think it will merely allow them to take on more business.

Tracy Blackwell, chief executive of Pension Insurance Corporation, one of the leaders in pension fund buyouts, said: “We now have the certainty we need to bring more pension risk off corporate balance sheets and invest in assets that generate economic growth and benefit communities across the country.”

There may have been some City disappointment at the lack of more specific measures for financial services in the Chancellor’s statement. And certainly highly paid City workers will be facing much higher tax bills.

But there was no faulting Hunt’s pro-City rhetoric. More broadly, he was seen as having struck a reasonable balance between restoring confidence in the UK’s fiscal responsibility while protecting public services and the most vulnerable. He also postponed most of the projected fiscal squeeze until (with luck) the economy will be in better shape and it might not be needed. If it works he will probably be forgiven for not focusing on the decline of small company research.

To contact the author of this story with feedback or news, email David Wighton