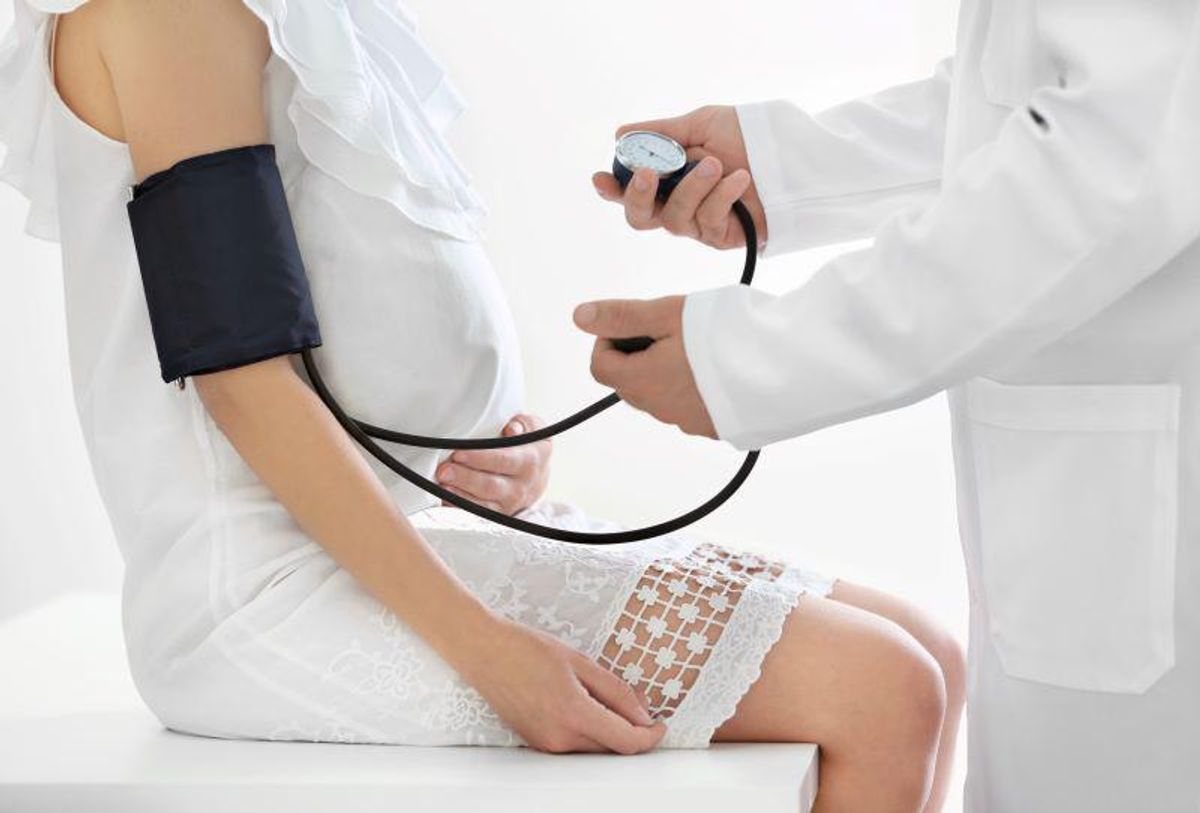 MONDAY, June 13, 2022 (HealthDay News) — Women with hypertensive disorders of pregnancy (HDP) have an increased risk for hypertension about 10 years later, according to a study published online June 13 in the Journal of the American College of Cardiology.

Lisa D. Levine, M.D., from the University of Pennsylvania Perelman School of Medicine in Philadelphia, and colleagues conducted a prospective study of patients with and without a diagnosis of HDP about 10 years earlier (2005 to 2007). A total of 135 patients (84 with and 51 without a history of HDP) underwent assessments with echocardiography, arterial tonometry, and flow-mediated dilation of the brachial artery.

The researchers found that compared with those without HDP, patients with a history of HDP had an increased risk for new hypertension (56.0 versus 23.5 percent; adjusted relative risk, 2.4); measures of left ventricular structure, global longitudinal strain, diastolic function, arterial stiffness, or endothelial function did not differ. Regardless of HDP history, compared with those without hypertension, patients who developed hypertension had greater left ventricular remodeling, including greater relative wall thickness; worse diastolic function including lower septal and lateral e’ and E/A ratio; more abnormal longitudinal strain; and higher effective arterial elastance.

“A history of HDP alone did not appear to be associated with differences in noninvasive subclinical measures of cardiovascular risk,” the authors write. “Differences in these markers were driven mostly by presence or absence of a hypertension diagnosis, regardless of HDP history, supporting the idea that hypertension itself explains a large portion of future cardiovascular risk for women with a history of HDP.”

One author disclosed financial ties to the pharmaceutical and medical device industries and holds related patents.