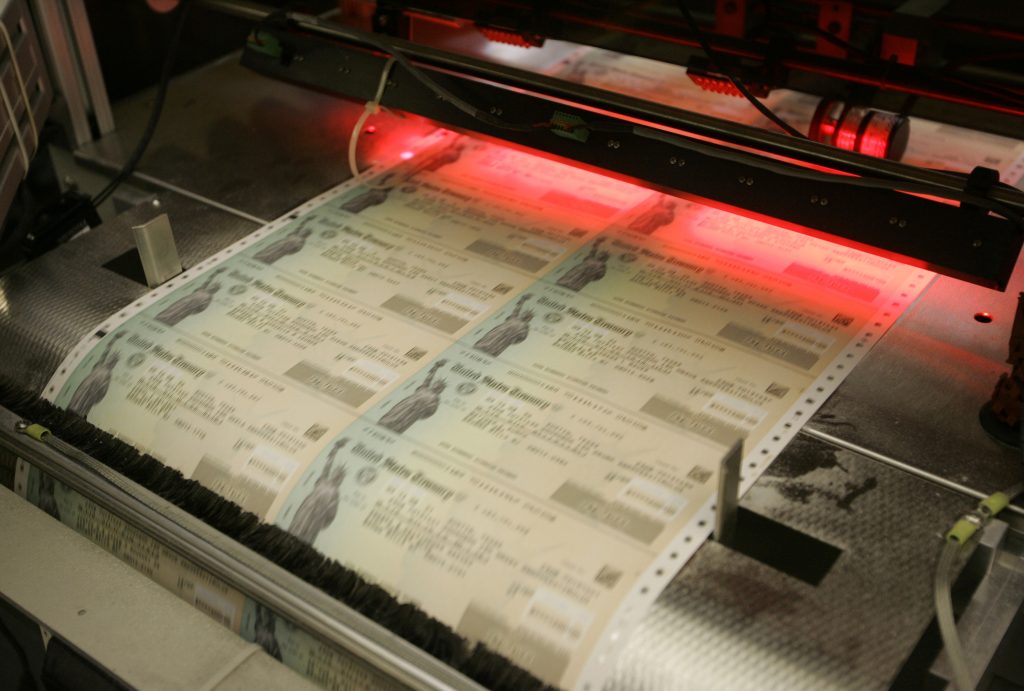 More than 1.1 million stimulus checks are on the way to Americans’ bank accounts.

That’s according to the Internal Revenue Service, which announced yesterday that, along with the Department of the Treasury and the Bureau of the Fiscal Service, it began processing the eighth batch of payments at the end of April. The latest round, which was officially disbursed on May 5, is valued at more than $2 billion.

The agency added that more than 585,000 payments went to eligible individuals for whom it previously did not have information to issue a check but who recently filed a tax return. The batch also included 570,000 “plus-up” payments — or additional ongoing supplemental payments for those who have received payments based on their 2019 tax returns but are now qualified for a new or larger payment based on their recently processed 2020 tax returns.

About 600,000 payments were made via direct deposit payments, with the remainder on paper. The IRS shared that it would continue to make Economic Impact Payments on a weekly basis. Individuals who haven’t yet received their payment are encouraged to check its status using the Get My Payment tool.

With the announcement, the government has distributed roughly 164 million payments worth approximately $386 billion since the stimulus checks began rolling out in mid-March as part of President Joe Biden’s American Rescue Plan. The $1.9 trillion COVID-19 relief package also provided an extension to the $300 in weekly jobless aid; money for vaccinations, testing and contact tracing; support for schools and small businesses; as well as funding for rental and food assistance, among other measures.

Yesterday, at a White House press briefing, Biden said that, by the time all of the stimulus payments have been distributed, more than 85% of American households will have received a check. “The bottom line is this: The American Rescue Plan is working,” he added. “America is getting vaccinated. Job creation is soaring. The economy is growing. And our country is on the move again.”

Separately, Biden has proposed another sweeping economic plan centered on investments in infrastructure, clean energy, manufacturing, skills training and other domestic priorities. It also calls for higher taxes on capital gains for those who earn $1 million or more each year.