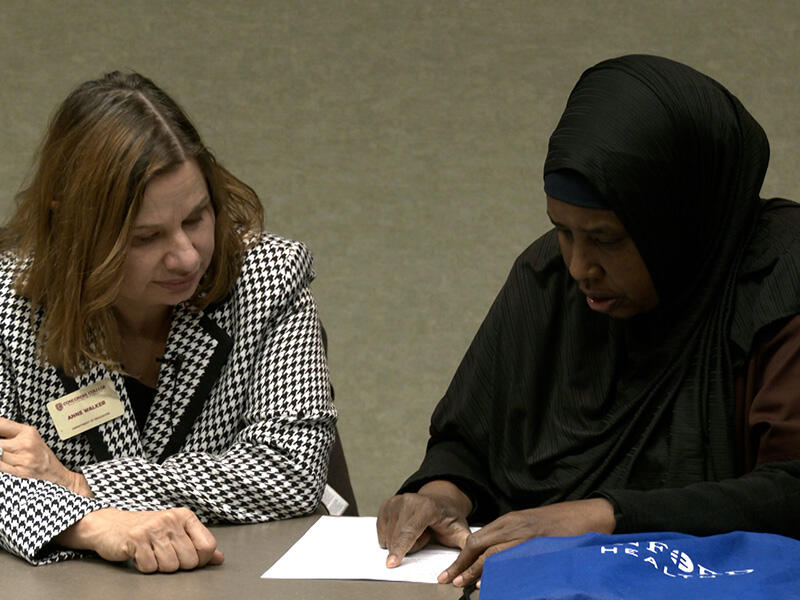 For the past six weeks, eight Sanford Health employees have been going through a crash course, taking part in a pilot program that helps them learn English in a way that translates to their jobs at Sanford.

“It is English for specific purposes. Sanford is very committed to safety, so it was a combination of helping the environmental service workers gain proficiency in English,” said Dr. Anne Walker, a professor of education at Concordia College. “We were teaching English and safety at the same time, and introducing American culture.”

The smaller class size was designed to make it easier for students to learn the basics of communicating in the workplace.

“We have an increasing number of employees who don’t speak English as their first language, and this can give them the boost of confidence that’s needed to really succeed in the workplace and also bridge those gaps between language and culture,” said Mary Maus Kosir, executive director at Concordia Language Villages.

Join our team: Search for jobs at Sanford Health

The staff at Concordia took Sanford’s safety policies and some training materials, then rewrote them using simpler English and including pictures. They’ve made games out of the materials, thinking creatively to make the materials more understandable as part of this English language learner program.

Learning language and culture together

For the students, fluency is not the immediate goal in these six weeks. Instead they look to enhance their abilities to communicate and to avoid being isolated at work due to the language barrier.

“If you ask a question, ‘Where is the cafeteria? Where is the exit? Where is the quiet room?’ Now I know. But before, I don’t understand the language,” said Halima Bare, a Somali student and a Sanford environmental services employee.

For these students, hailing from places like Somalia, Bhutan and Sudan, the work is not easy. However, they have already gained the respect of their bosses and co-workers.

“I don’t know a language at all. I flunked out of French honestly,” said Lisa Gibson, senior director of support services at Sanford Fargo. “I admire them so much for coming to an entirely different country, not just language, but culture, and trying to learn (American) culture and trying to hang onto pieces of their culture. Language is huge for that.”

It’s also another way that Sanford Health works to support employees in their careers, and in their personal lives.