As lawmakers prepare to return to Washington to take up health care reform, supporters on both sides of the issue are still making their thoughts heard. U.S. Rep. Gabrielle Giffords can expect some fireworks as she has announced three town halls…. Read more»

When a Chicago couple grew dangerously ill two years ago after eating a home-cooked fish dinner, Canadian scientists figured out what had sickened them by using a new genetic test. The Chicago couple — who recovered — had dined on poisonous puffer fish that had been mistakenly labeled as a safe monkfish…. Read more» 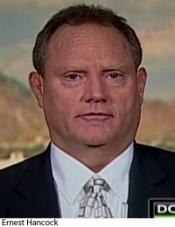 Ernest Hancock, who staged an interview with an assault-rifle toting group at an Obama event on Monday, was a vocal friend of right-wing militia members who were convicted of weapons and conspiracy charges, reports TalkingPointsMemo…. Read more»

Obama administration officials are signaling their willingness to compromise on a public plan option in any health reform proposal…. Read more»