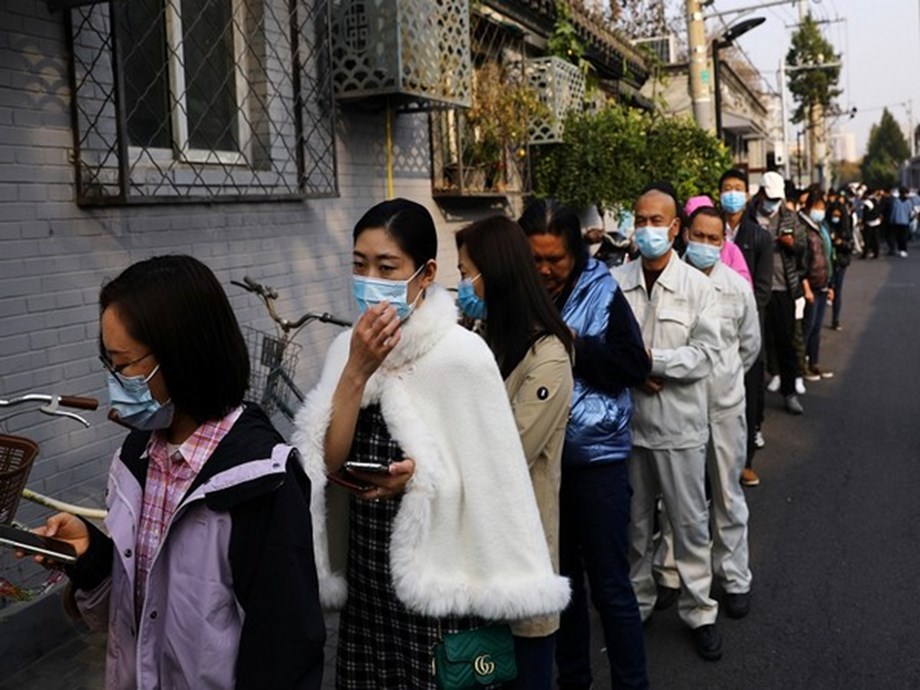 Spain will buy the monkeypox vaccine, the health minister said on Wednesday, as the number of cases in the country reached 55. Health Minister Carolina Darias said the government would purchase the Imvanex vaccine, which is made by the Danish company Bavarian Nordic, but she did not specify the number of doses.

China reported 545 new coronavirus cases on May 25, of which 130 were symptomatic and 415 were asymptomatic, the National Health Commission said on Thursday. That compares with 590 new cases a day earlier – 117 symptomatic and 473 asymptomatic infections, which China counts separately.

The U.S. Department of Agriculture will temporarily cover the cost of baby formula for low-income families dependent on government discounts in states contracted with formula makers Nestle SA and Reckitt Benckiser Group’s Mead Johnson, the agency said Wednesday. A nagging shortage of infant formula has limited access to the vital product nationwide, and families participating in the Special Supplemental Nutrition Program for Women, Infants, and Children (WIC) program administered by USDA have been particularly constrained.

Roche on Wednesday said the company and its unit have developed three test kits to detect the monkeypox virus, as the disease spreads in regions outside Africa, where the virus is not normally found. There have been more than 200 suspected or confirmed cases in Europe and North America of monkeypox, according to the World Health Organization.

Oklahoma Governor Kevin Stitt on Wednesday signed into law the strictest abortion ban in the United States, one that prohibits abortions from fertilization and allows private citizens to sue those who help women terminate their pregnancies. “I promised Oklahomans that as governor I would sign every piece of pro-life legislation that came across my desk and I am proud to keep that promise today,” Stitt said in a statement.

Bacteria in Antarctica have been discovered with genes that give them natural antibiotic and antimicrobial resistance and have the potential to spread out of the polar regions, according to scientists in Chile. Andres Marcoleta, a researcher from the University of Chile who headed the study in the Science of the Total Environment journal in March, said that these “superpowers” which evolved to resist extreme conditions are contained in mobile DNA fragments that can easily be transferred to other bacteria.

Walmart Inc and CVS Health Corp said on Wednesday they would stop filling prescriptions for controlled substances issued by telehealth startups Cerebral Inc and Done Health. Cerebral and Done are known for treating patients with ADHD, and prescribing stimulants such as Adderall.

Pfizer Inc will make all of its patented medicines including COVID-19 treatment Paxlovid and big-selling breast cancer drug Ibrance available at a not-for-profit price to 45 of the world’s poorest countries, the drugmaker said on Wednesday. These countries lack good access to innovative treatments. It can take four to seven years longer for new treatments to become available in low-income countries, according to the Bill & Melinda Gates Foundation, if they become available at all.

Lawmakers grilled U.S. Food and Drug Administration officials on Wednesday over what they saw as a lack of urgency in the agency’s response to complaints about possible baby formula contamination at a now-shuttered Abbott Laboratories plant that led to severe nationwide shortages. FDA leaders appeared before a congressional panel to answer questions about the crisis after Abbott in February recalled some products and closed its manufacturing plant in Sturgis, Michigan.

Explainer-What vaccines and treatments do we have to combat monkeypox?

With cases of monkeypox inexplicably on the rise outside of Africa – where the viral disease is endemic – public health officials are using contact tracing, isolation, and targeted vaccination to curb its spread. Global health officials have tracked more than 200 suspected and confirmed cases of the usually mild viral infection in 19 countries since early May. The monkeypox variant implicated in the current outbreak has a case fatality rate of around 1%, though no deaths have been reported so far.