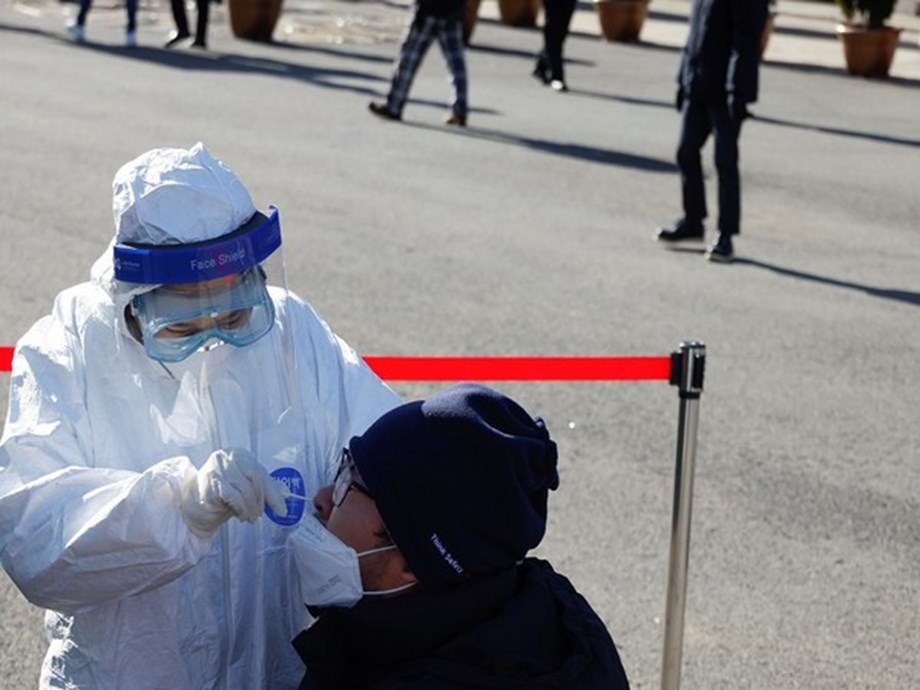 North Korea’s first confirmed COVID-19 outbreak spread after a massive military parade in Pyongyang in April, the South’s Newsis news agency said on Wednesday, citing lawmakers briefed by the South’s spy agency. The outbreak has prompted the North to rethink its opposition to accepting and distributing vaccines, the Yonhap news agency said, citing the same lawmakers.

Portuguese authorities said on Wednesday they had identified five cases of the rare monkeypox infection, and Spain’s health services are testing 23 potential cases after Britain put Europe on alert for the virus. The five Portuguese patients, out of 20 suspected cases, are all stable. They are all men and they all live in the region of Lisbon and the Tagus Valley, the Portuguese health authorities said.

The Massachusetts Department of Public Health on Wednesday said it had confirmed a single case of monkeypox virus infection in a man who had recently traveled to Canada. The U.S. Centers for Disease Control and Prevention (CDC)said its labs confirmed the infection to be monkeypox on Wednesday afternoon.

U.S. to study whether a longer Paxlovid course needed to combat reinfections

The U.S. National Institutes of Health is in talks with Pfizer Inc about studying whether a longer course of the drugmaker’s COVID-19 antiviral treatment Paxlovid is needed to prevent reinfections, top U.S. infectious diseases expert Dr. Anthony Fauci said on Wednesday. “We’re going to be planning what studies we’re going to be doing relatively soon, within the next few days” in order to determine whether or not a longer course is needed, Fauci said during a White House COVID-19 briefing.

A handful of cases of monkeypox have now been reported or are suspected in the United Kingdom, Portugal and Spain. The outbreaks are raising alarm because the disease mostly occurs in west and central Africa, and only very occasionally spreads elsewhere.

The world is no better prepared for a new pandemic than it was when coronavirus emerged in 2019 and may actually be in a worse place given the economic toll, according to a panel set up by the World Health Organization (WHO) to evaluate the global response. A lack of progress on reforms such as international health regulations means the world is as vulnerable as ever, the Independent Panel for Pandemic Preparedness and Response said in its report.

More Shanghai residents were given the freedom to go out to shop for groceries for the first time in nearly two months on Thursday as authorities set out more plans for exiting the city-wide COVID-19 lockdown more fully. DEATHS AND INFECTIONS

Some in Shanghai were allowed out to shop; the end of COVID lockdown insight

More Shanghai residents were given the freedom to go out to shop for groceries for the first time in nearly two months on Thursday as authorities set out more plans for exiting the city-wide COVID-19 lockdown more fully. The commercial hub of 25 million recorded no new infections outside quarantined areas for the fifth day in a row, further cementing its “zero COVID” status with each day.

N.Korea boosts the production of drugs, and medical supplies to battle COVID

North Korea is ramping up production of drugs and medical supplies including sterilizers and thermometers as it battles an unprecedented coronavirus outbreak, state media KCNA said on Thursday. The isolated country, which has imposed a nationwide lockdown, is also increasing the production of traditional Korean medicines used to reduce fever and pain, KCNA said, calling them “effective in prevention and cure of the malicious disease.”

Health officials are considering extending the eligibility for a second COVID-19 vaccine booster dose to people under 50 amid a steady rise in cases, with the United States seeing a threefold increase over the past month. The U.S. Food and Drug Administration had in late March authorized a second booster dose of the Moderna and Pfizer/BioNTech SE vaccines for people aged 50 and older, citing data showing waning immunity and the risks posed by Omicron variants of the virus.