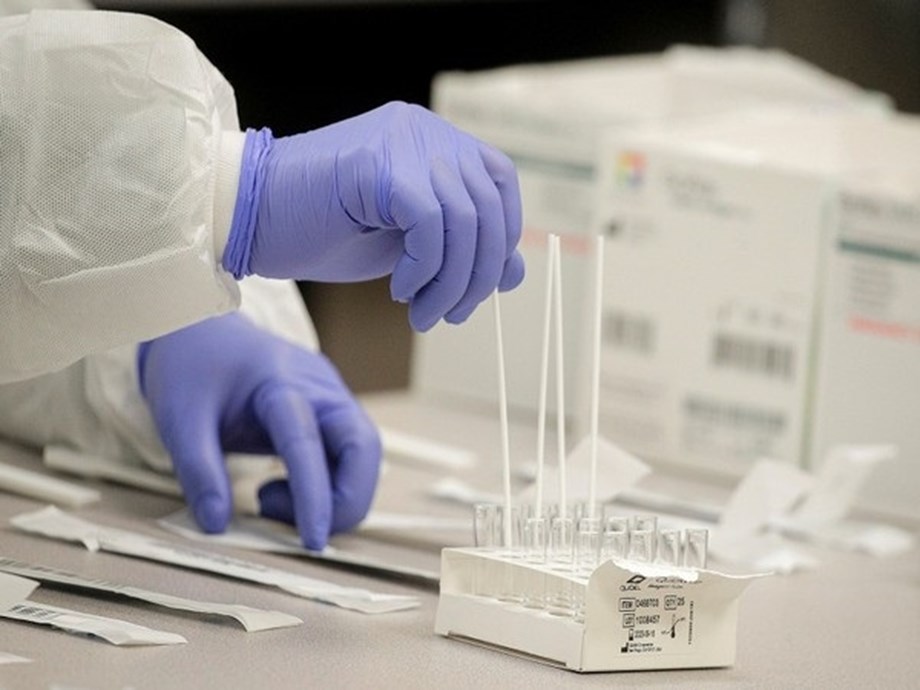 ‘So many bodies piled up’: Hong Kong funeral services overwhelmed by COVID

Traditional wooden coffins are running short in Hong Kong as authorities scramble to add mortuary space in the global financial hub’s battle on COVID-19, which is swamping funeral parlors. “I have never seen so many bodies piled up together,” said funeral director Lok Chung, 37, who has been working round the clock, with about 40 funerals organized in March, up from roughly 15 in an average month.

England recorded its highest ever COVID-19 infection prevalence in March and cases were still increasing in the over-55s at the end of the month, an Imperial College London survey said on Wednesday, adding that Omicron subvariant BA.2 was now dominant. Prime Minister Boris Johnson has lifted all COVID-19 restrictions in England, citing the experience with a wave of Omicron infections over a new year which saw record cases but did not produce an equivalent wave of deaths in Britain’s highly vaccinated population.

Oklahoma lawmakers on Tuesday passed a bill that would make it illegal to perform an abortion in the state except in medical emergencies, penalizing those who do with up to $100,000 in fines and 10 years in prison. The Republican-controlled state House of Representatives brought the bill to a vote this week after it was passed last year by the Midwestern state’s Senate. It now heads to the desk of Republican Governor Kevin Stitt for signing.

Factbox-Restrictions vs. protections: How states are taking sides on abortion

This spring, the U.S. Supreme Court is expected to roll back constitutional protections for abortion that have been in place since the 1973 Roe v. Wade landmark ruling. Conservative states are swiftly passing abortion restrictions in anticipation of the court’s decision, while liberal states are seeking to protect and expand abortion rights. Here are some bills gaining traction this year:

Former President Barack Obama returned to the White House on Tuesday for the first time since leaving office in 2017 to tout the benefits of his signature healthcare law and bolster his friend and former governing partner, President Joe Biden. Obama arrived in the East Room to robust cheers from the assembled crowd of Congress members and administration staffers and remarked on the changes that had been made in the White House since he was last there – notably the arrival of a feline.

China’s Kintor Pharmaceutical said on Wednesday its potential COVID-19 treatment proxalutamide effectively reduced the risk of hospitalization and death in a clinical trial involving outpatients with mild to moderate symptoms. The results came from a multi-national clinical trial with over 700 subjects across the world, mostly from the United States, recruited from April-December, 2021, who were given either proxalutamide or a placebo, the company said in a filing.

Shanghai to start another round of citywide COVID tests

Shanghai will ask all 26 million residents to take another round of COVID-19 tests, a city official said on Wednesday, adding that lockdown curbs would continue until the exercise is complete. Some residents will be asked to take nucleic acid tests, while the rest will be asked to self-test using antigen tests, city officials told a news conference.

WHO to supply HIV drugs to Ukraine

The World Health Organization said on Tuesday it will supply thousands of doses of life-saving antiretroviral drugs to Ukraine to cover the needs of HIV patients in the country for the next 12 months. WHO, along with the United States President’s Emergency Plan for AIDS Relief (PEPFAR), Ukrainian authorities, and other partners, has procured 209,000 packs of generic antiretroviral drug TLD.