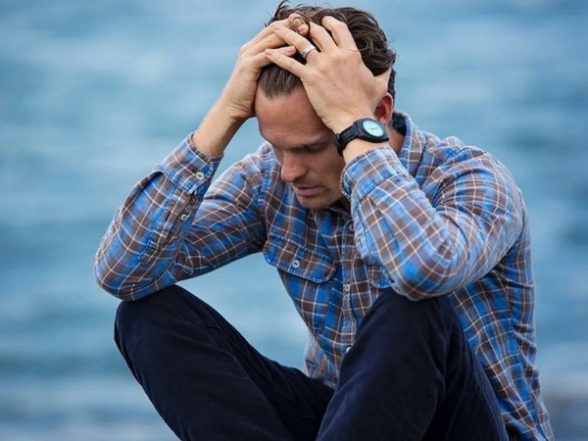 Toronto [Canada], November 24 (ANI): One in eight older persons in Canada, according to recent large-scale research that included more than 20,000, experienced their first episode of depression during the epidemic.

The statistics were significantly worse for people who had previously struggled with depression. Nearly half (45 per cent) of this population reported having depression by the fall of 2020.

The analysis of responses from the Canadian Longitudinal Study on Aging, which gathered information from participants for an average of seven years, was published in the International Journal of Environmental Research and Public Health.

“The high rate of first-onset depression in 2020 highlights the substantial mental health toll that the pandemic caused in a formerly mentally healthy group of older adults.” says first author, Andie MacNeil, a recent Master of Social Work graduate from the Factor-Inwentash Faculty of Social Work (FIFSW) and the Institute for Life Course and Aging, University of Toronto.

“The devastation of the pandemic which upended so many aspects of daily life hit those with a history of depression particularly hard,” said co-author Sapriya Birk, a researcher formerly based in the Department of Neuroscience, Carleton University, Ottawa who is currently a medical student at McMaster University, Hamilton, Canada, adding, “Health professionals need to be vigilant in screening their patients who had mental health problems at an earlier time in their life.”

The researchers determined that a number of factors, such as low income and savings, loneliness, chronic pain, difficulty accessing healthcare, a history of traumatic childhood experiences, and family conflict, were linked to depression in older adults during the pandemic.

Prior to the pandemic, older adults who felt their income was insufficient to meet their basic needs and those with fewer savings were more likely to experience depression during the pandemic.

“These findings highlight the disproportionate mental health burden borne by individuals with low socioeconomic status during the pandemic. Many of these socioeconomic risk factors may have been exacerbated by the economic precarity of the pandemic, particularly for individuals with fewer resources,” says co-author Margaret de Groh, scientific manager at the Public Health Agency of Canada.

Individuals who experienced various dimensions of loneliness, such as feeling left out, feeling isolated, and lacking companionship had approximately 4 to 5 times higher risk of both incident and recurrent depression.

“It is not surprising that the lock-down was particularly difficult for older adults who were isolated and lonely during the pandemic. Social connections and social support are essential for well-being and mental health. Better support and outreach are needed for those who are isolated,” says co-author Ying Jiang, senior epidemiologist at the Public Health Agency of Canada.

Older adults in chronic pain and those who had trouble accessing their usual healthcare, medication or treatments were more likely to be depressed during the autumn of 2020.

Individuals with a childhood history of adversity were more likely to be depressed during the Autumn of 2020. Older adults who experienced family conflict during the pandemic had more than triple the risk of depression compared to their peers who did not.

“Family conflict is a major stressor that can impact mental health even in the best of times. With the enforced close quarters of lockdown and the stress of the pandemic, there was a considerable strain on many family relationships. The ensuing conflict was a major risk for depression,” says senior author, Professor Esme Fuller-Thomson at the University of Toronto’s FIFSW and director of the Institute for Life Course & Aging. (ANI)