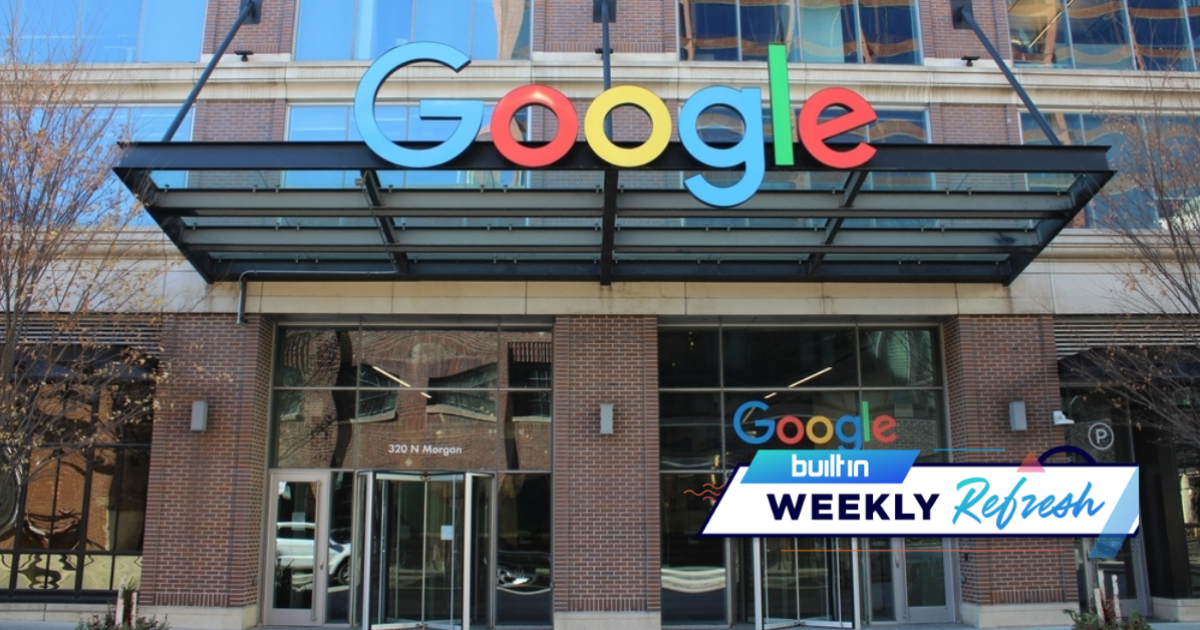 The Chicago tech scene was once again hot this week. Tech giants Google and Salesforce announced their big wins in the Windy City, and two up-and-coming startups secured their first round of venture funding. Catch up on the latest Chicago tech news with the Built In Chicago Weekly Refresh.

Salesforce celebrated the “topping off” of Chicago tower. Salesforce is planning on opening its Chicago tower in 2023 and will house more than 1,000 new employees it recently hired. First announced in 2018, the 57-story building will be powered by electricity instead of fossil fuels. Besides its office space, the building will also provide room for local nonprofits to host events during the night and on weekends. [Built In Chicago]

CHICAGO TECH QUOTE OF THE WEEK

“It’s amazing to now see all the different organizations and product areas represented in Chicago. It feels like such a great cross-section of what we do at Google.” — Britton Picciolini, regional manager of Google for Education

Google hired 500 Chicagoans last year. A recent blog post from Google revealed that the company hired 500 employees last year for its Chicago office, which now houses over 1,800 Google employees. The new talent worked on several projects, including the development of the Google Pixel phone. Despite the hiring push last year, the company’s Chicago job board still has hundreds of open positions for 2022. [Built In Chicago]

Hyfé Foods reeled in $2M. Hyfé Foods repurposes sugar water from beverage production to grow mycelium, which it then turns into nutrient-dense flour. This process eliminates food waste, and the company hopes that it will help grow produce in areas with bad agricultural climates. With the new funding, the women-founded startup plans to ramp up production of its flour, and it will hire a fermentation scientist and process engineer. [Built In Chicago]

Mark Cuban invested in a Champaign battery startup. Founded at the University of Illinois Urbana-Champaign, Natrion produces battery components for electric vehicles. According to the company, its tech enables faster charge times and longer driving ranges. With the new funding, Natrion will work on developing a cell pouch to house the battery components. [Built In Chicago]