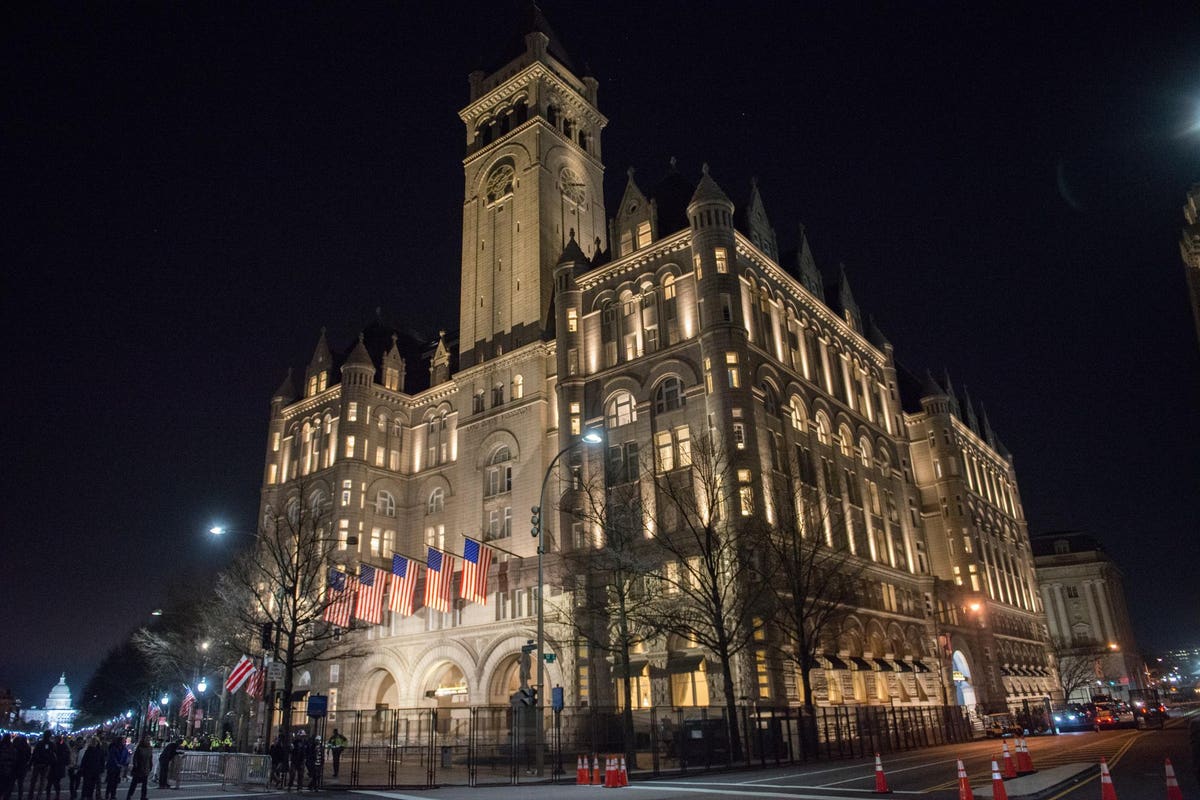 Officials from six foreign governments spent more than $750,000 in a matter of months on stays at former President Donald Trump’s Washington hotel as they sought to influence Trump’s foreign policy decisions, according to newly released documents, the latest revelations about the financial benefits the former president’s businesses appeared to reap during his time in office.

Former Malaysia Prime Minister Najib Razak and his entourage spent at least $259,724 at the hotel when they were in town for Razak’s September 2017 White House visit, at the same time Razak was under investigation by the Department of Justice for an alleged money laundering scheme, the documents show.

Officials from Saudi Arabia and the United Arab Emirates spent at least $164,929 at the hotel in 2017 and 2018, at the same time that the two countries lobbied Trump for support over their decision to sever diplomatic ties with Qatar, according to the documents.

Republican lobbyists working on behalf of the six countries, “some operating illegally without registering as foreign agents,” also spent “tens of thousands more” at the hotel over the same time period, Committee Chair Rep. Carolyn Maloney (D-N.Y.) wrote in a letter to the National Archives and Records Administration seeking additional documents as the committee eyes legislative action to prevent future conflicts of interest.

The documents offer a snapshot of the $3.75 million the committee estimates foreign officials spent over three years at Trump’s hotel in Washington—a practice Maloney said calls into question “the extent to which President Trump was guided by his personal financial interest while in office.”

Eric Trump, the former president’s son and the vice president of the Trump Organization, told the New York Times the company returned profits from the hotel stays to the Treasury Department. “As a company, we went to tremendous lengths to avoid even the appearance of a conflict of interest . . . not due to any legal requirement, but because of the respect we have towards the office of the presidency,” Eric Trump said.

The Oversight Committee is investigating hundreds of trips taken by Trump and other government officials to family-owned properties during his time in office, a practice that could present potential conflicts of interest. The committee revealed in October that the Trump Organization charged Secret Service agents as much as $1,185 per night, nearly five times the typical $240 rate, to stay at Trump International in Washington during 40 hotel stays from 2017 through 2021. The revelation followed a May report from the nonprofit watchdog organization Citizens for Ethics and Responsibility in Washington that found the agency spent nearly $2 million in taxpayer money at Trump’s properties, including $300,000 at Mar-A-Lago when they stayed there to protect Trump and his family while he was at the property.