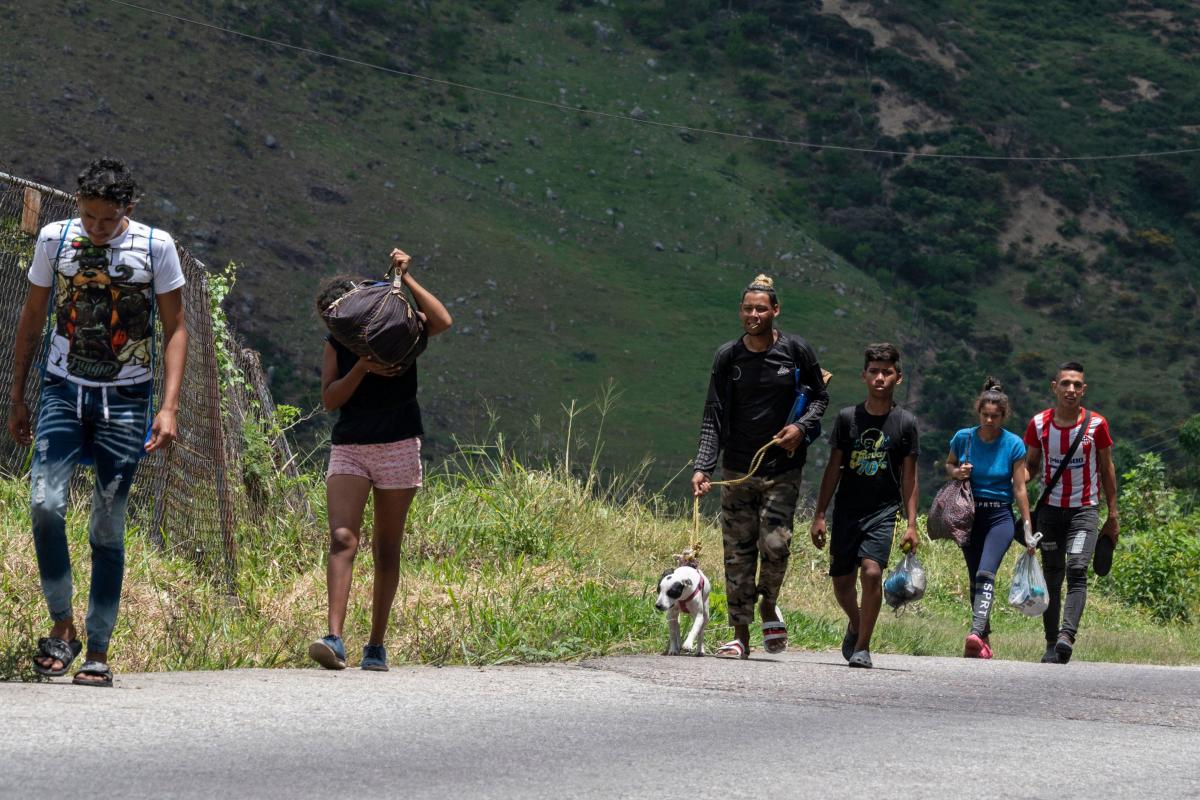 The first group of Venezuelan migrants sponsored by U.S.-based individuals under a new Biden administration policy designed to deter illegal border crossings arrived in the U.S. over the weekend, the Department of Homeland Security (DHS) said.

Four Venezuelans approved to come to the U.S. under the private sponsorship program arrived Saturday on flights originating from Mexico, Guatemala and Peru, DHS officials said. The arrivals show the sponsorship process has been operationalized rapidly since the U.S. government began accepting applications from prospective sponsors on Tuesday.

Hundreds of additional Venezuelans have also been approved to book their travel to the U.S., where they will be granted humanitarian parole, a temporary quasi-status that will allow them to work and live in the U.S. legally for at least two years, according to DHS officials.

A group of Venezuelan migrants called

Modeled after a similar Biden administration program that has allowed tens of thousands of Ukrainians to come to the U.S. since the Russian invasion of Ukraine, the sponsorship process for Venezuelan migrants was announced last week as part of a strategy to discourage Venezuelans from crossing the U.S. southern border illegally.

More than 187,000 Venezuelans crossed the U.S.-Mexico border without legal permission in the 2022 fiscal year, which ended Sept. 30, a record that made Venezuela the fifth-largest source of unauthorized migration to the U.S. during that 12-month span, Customs and Border Protection (CBP) statistics show.

The arrival of tens of thousands of migrants from Venezuela to the U.S. border over the past year is part of a mass exodus of Venezuelans fleeing their homeland’s economic collapse and political turmoil. More than seven million people have left Venezuela, the largest refugee crisis ever recorded in the Americas, according to the United Nations.

To deter further arrivals to the U.S. border, the Biden administration on Oct. 12 said it had convinced Mexico to accept the return of migrants from Venezuela under Title 42, a pandemic-era rule that allows immigration agents to quickly expel migrants on public health grounds, without allowing them to request asylum.

The Biden administration simultaneously announced the sponsorship process on Oct. 12, saying it was committed to allowing up to 24,000 Venezuelans to enter the U.S. legally at airports if U.S.-based individuals agreed to financially sponsor their temporary resettlement.

To discourage Venezuelans from continuing to journey to the U.S., the Biden administration said those who entered the U.S., Mexico or Panama illegally after the policy’s announcement would be rendered ineligible for the sponsorship program.

Venezuelans’ trek to the U.S. often includes a days-long journey on foot across Panama’s notorious Darién Gap, a jungle connecting the country with Colombia that more than 150,000 migrants — 107,000 of them from Venezuela — have traversed this year, according to Panamanian government statistics.

On Friday, Biden administration officials said they had received evidence that their strategy was working, including reports that Venezuelans were stopping in third countries to reassess their journeys, or returning to Venezuela or other nations they had left.

An average of 154 Venezuelans entered U.S. border custody daily this week, an 86% drop from the 1,131 average the week before the Biden administration unveiled the new policies for Venezuelans, according to government data provided by the officials.

While parole will allow Venezuelans with U.S. sponsors to work and live in the U.S. without fear of deportation, it will not provide them permanent legal status. To secure permanent U.S. residency, Venezuelans would need to apply for — and be granted — an immigration benefit like asylum.

Inflation to haunt Americans this holiday season as costs for travel, activities soar