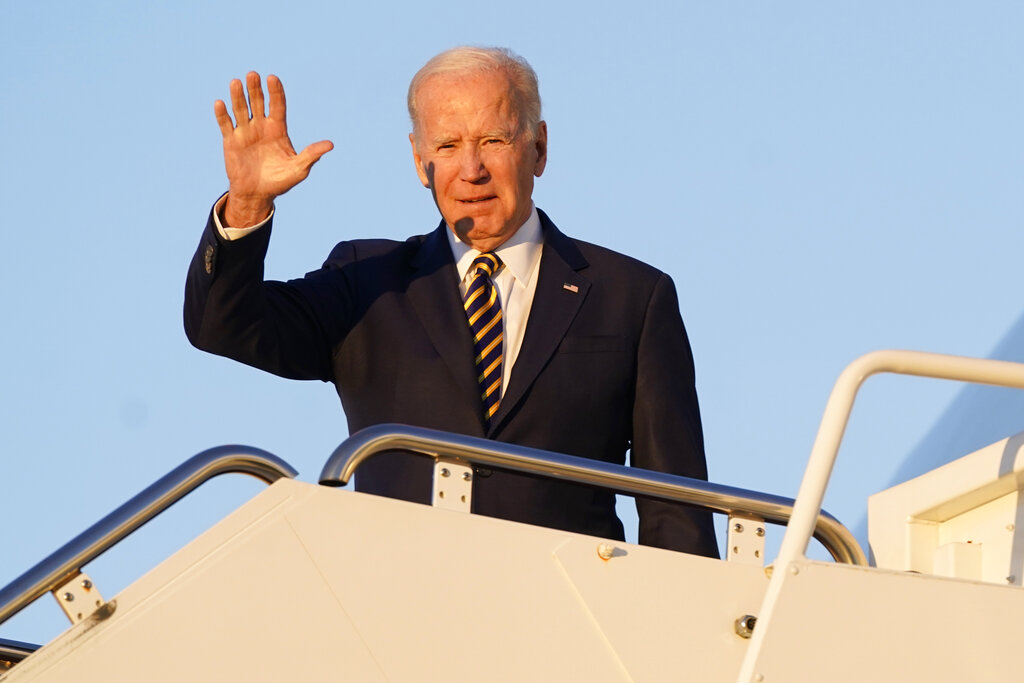 President Biden is keen on tackling problems – just not the ones caused by him.

For many travelers who took to the air this weekend, the holiday was a nightmare. The trip from there to here usually ended at an airport, as airlines canceled flights around the clock.

“Thousands of flights nationwide have been canceled around the holidays. Our Administration is working to ensure airlines are held accountable,” Biden tweeted, urging customers who were affected to visit the Department of Transportation’s website to see if they are entitled to compensation.

To be fair, the cancellations came in the wake of an enormous winter storm that sideswiped much of the country. The airlines aren’t responsible for the weather.

But as problems go, this one is an lay-up for Team Biden.

As The Hill reported, depending on the circumstances of a canceled or delayed flight, customers may be owed vouchers or a refund or may be eligible to have the cost of a rebooked flight covered under an agreement between airlines.

What Biden hinted at is the likely repeat of the fines the U.S. Department of Transportation imposed on airlines last month. The department fined six airlines a total of $7.25 million for not delivering timely refunds to consumers after their flights were canceled or significantly disrupted, according to Forbes.

When a flight gets canceled, passengers should be refunded promptly, said Secretary of Transportation Pete Buttigieg. “When that doesn’t happen, we will act to hold airlines accountable on behalf of American travelers and get passengers their money back,” he said. “You shouldn’t also have to haggle or wait months to get your refund.”

Buttigieg has said he will weigh in on the issues at some point on Tuesday.

That’s a nice flex of fiscal muscle on behalf of Americans – and ticks off the “we’re all for helping the people” box for the Biden Administration.

But if Biden and Co. really wanted to step up on behalf of citizens left out in the cold, he’d offer refunds to all those who can no longer afford home heating oil as prices spiked. Biden could have boosted American production to ease the pain. He canceled that particular flight – who’s holding him accountable?

How about redress to all the households who continue to struggle with high food prices? It’s surely deserved – after all, the American people didn’t pass inflation-spiking trillion-dollar bills in the past year. They’re also taking a beating from rising interest rates.

It’s nice that the Biden Administration is on top of airlines offering refunds or rebookings to stranded passengers – something already covered under an inter-airline agreement.

But the president’s economic agenda has grounded the hopes of too many Americans who just want to feed their families, heat their homes and live their lives.

Accountability starts at the top.