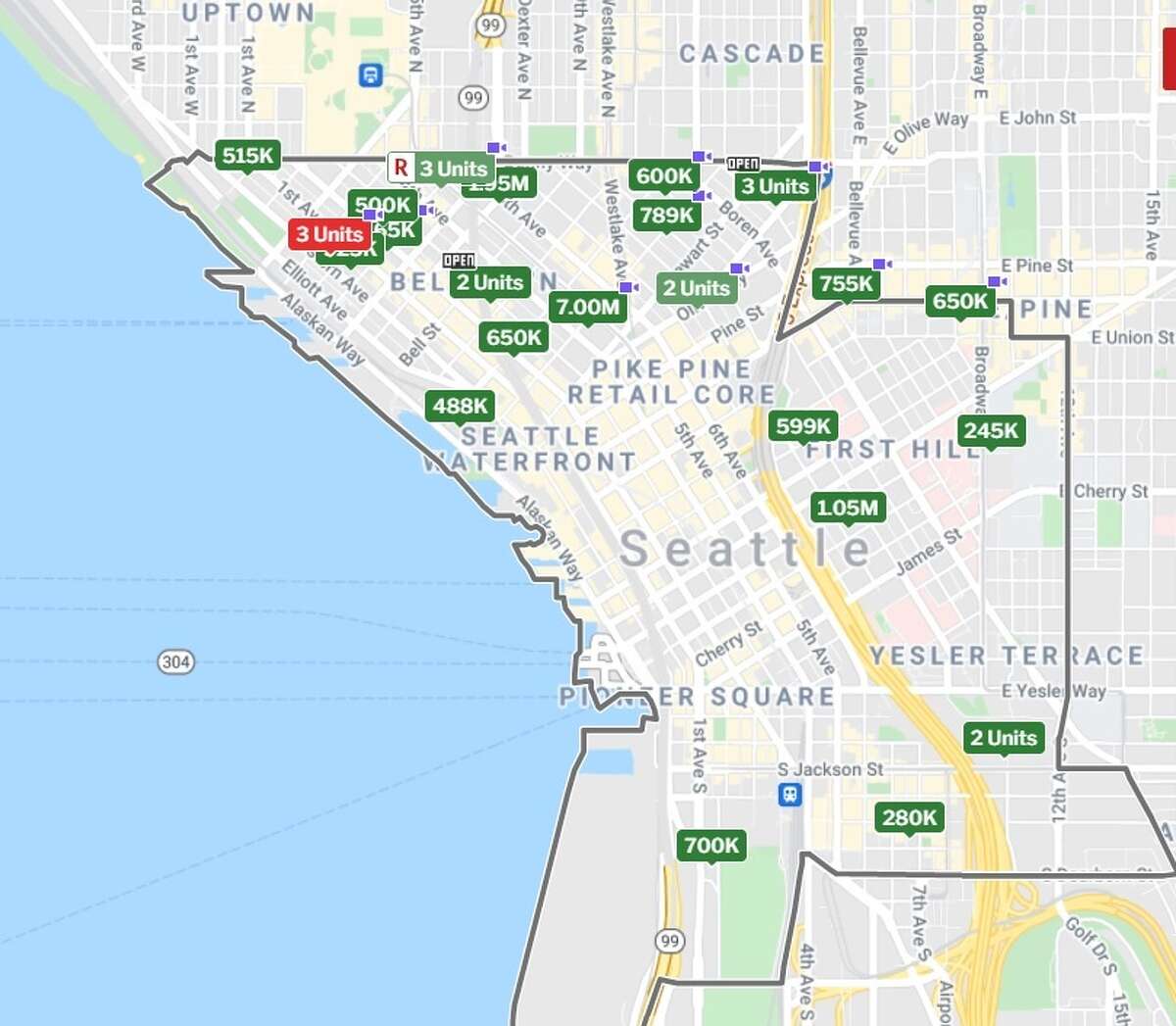 Could Seattle’s downtown property market downturn be a good thing for buyers? Yes, if it means reduced prices — and right now, it does.

When the pandemic went from what we all assumed would be a few weeks into months and months, city dwellers took their work-from-home lifestyle away from America’s downtowns, sometimes away from cities all together. Now, over a year later, and even as the pandemic continues, people are coming back to American cities; but the slowest areas to regain their former popularity are the nation’s downtowns, and this is very true in Seattle.

The median sold home price, year-over-year, would normally be the most telling of a downturn, and in the case of Seattle’s downtown, that median sold price is down to $591,200, a 7.6 percent decline year-over-year. More striking though it the reversal in market demand for downtown properties: As of quarter one, downtown sales have declined 44.1% year-over-year, and those that did sell had to wait a long time to do so: the average days on the market for quarter one was 33, up 94.1% this year.

The Spire Tower looks on at the water and the Space Needle, as do many downtown properties. Here we also see the configuration of the downtown were deals are to be had.

Downtown property developers have responded. For example, The Spire is a $350 million, 41-story luxury condominium tower in the heart of downtown Seattle. Now, Spire units can be yours for less than they were originally set to sell for, even though the tower hasn’t even been fully completed. “Spire is announcing limited-time price reductions (up to 10%) in advance of the building’s opening later this summer,” a spokesperson for Spire told the Seattle P-I.

With prices now starting from the high $400,000s, Spire introduced the reductions in March to test the market, which resulted in a major jump month-over-month of 10 sales in less than 30 days.

Spire is not alone in slashing prices. The Olive 8 Tower features price reductions too. A two bedroom, two bathroom unit that listed for $1.695 million in October of last year is now listed at $1.675 million.

It’s not just luxury towers dropping prices either. 33 downtown Seattle homes have dropped their prices in the last 30 days, including everything from a one bedroom unit on Vine to a two-bedroom on Cedar.

Is now the time to buy downtown? Given how hot the rest of Seattle real estate has become, there might not be a better one.

Anna Marie Erwert writes from both the renter and new buyer perspective, having (finally) achieved both statuses. She focuses on national real estate trends, specializing in the San Francisco Bay Area and Pacific Northwest. Follow Anna on Twitter: @AnnaMarieErwert.