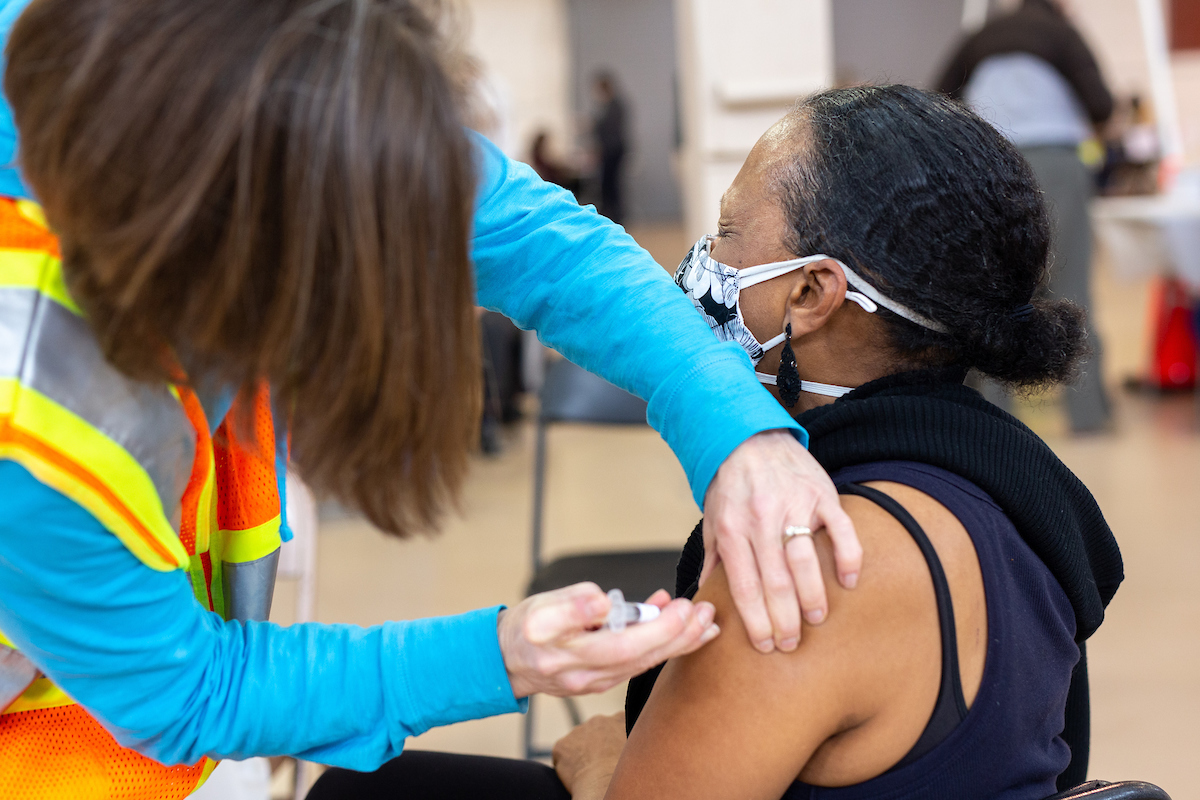 America’s COVID-19 vaccination rate is around 60% for ages 12 and up. That’s not enough to reach so-called herd immunity, and in states like Missouri — where a number of counties have vaccination rates under 25% — hospitals are overwhelmed by serious outbreaks of the more contagious delta variant.

The vaccine resisters offer all kinds of reasons for refusing the free shots and for ignoring efforts to nudge them to get inoculated. Campaigns urging Americans to get vaccinated for their health, for their grandparents, for their neighbors, or to get free doughnuts or a free joint haven’t done the trick. States have even held lotteries with a chance to win millions or a college scholarship.

And yet there are still huge numbers of unvaccinated people. Federal, state and municipal governments as well as private businesses continue to largely avoid mandates for their employees out of fears they will provoke a backlash.

So, how about an economic argument? Get a COVID shot to protect your wallet.

Getting hospitalized with COVID in the United States typically generates huge bills. Those submitted by COVID patients to the NPR-Kaiser Health News “Bill of the Month” project include a $17,000 bill for a brief hospital stay in Marietta, Georgia (reduced to about $4,000 for an uninsured patient under a “charity care” policy); a $104,000 bill for a 14-day hospitalization in Miami for an uninsured man; and a bill for possibly hundreds of thousands for a two-week hospital stay — some of it on a ventilator — for a foreign tourist in Hawaii whose travel health insurance contained a “pandemic exclusion.”

Even though insurance companies negotiate lower prices and cover much of the cost of care, an over $1,000 out-of-pocket bill for a deductible — plus more for copays and possibly some out-of-network care — should be a pretty scary incentive.

In 2020, before COVID vaccines, most major private insurers waived patient payments — from coinsurance to deductibles — for COVID treatment. But many if not most have allowed that policy to lapse. Aetna, for example, ended that policy Feb. 28; UnitedHealthcare began rolling back its waivers late last year and ended them by the end of March.

More than 97% of hospitalized patients last month were unvaccinated. Though the vaccines will not necessarily prevent you from catching the coronavirus, they are highly effective at assuring you will have a milder case and are kept out of the hospital.

For this reason, there’s logic behind insurers’ waiver rollback: Why should patients be kept financially unharmed from what is now a preventable hospitalization, thanks to a vaccine that the government paid for and made available free of charge? It is now in many drugstores, it’s popping up at highway rest stops and bus stops, and it can be delivered and administered at home in parts of the country.

A harsher society might impose tough penalties on people who refuse vaccinations and contract the virus. Recently, the National Football League decreed that teams will forfeit a game canceled because of a COVID outbreak among unvaccinated players — and neither team’s players will be paid.

But insurers could try to do more, like penalizing the unvaccinated. And there is precedent. Already, some policies won’t cover treatment necessitated by what insurance companies deem risky behavior, such as scuba diving and rock climbing.

The Affordable Care Act allows insurers to charge smokers up to 50% more than what nonsmokers pay for some health plans. Four-fifths of states follow that protocol, though most employer-based plans do not do so. In 49 states, people caught driving without auto insurance face fines, confiscation of their car, loss of their license and even jail. And reckless drivers pay more for insurance.

The logic behind the policies is that the offenders’ behavior can hurt others and costs society a lot of money. If a person decides not to get vaccinated and contracts a bad case of COVID, they are not only exposing others in their workplace or neighborhoods; the tens or hundreds of thousands spent on their care could mean higher premiums for others as well in their insurance plans next year. What’s more, outbreaks in low-vaccination regions could help breed more vaccine-resistant variants that affect everyone.

Yes, we often cover people whose habits may have contributed to their illness — insurance regularly pays for drug and alcohol rehab and cancer treatment for smokers.

That’s one reason, perhaps, that insurers too have so far favored carrots, not sticks, to get people vaccinated. Some private insurers are offering people who get vaccinated a credit toward their medical premiums, or gift cards and sweepstakes prizes, according to America’s Health Insurance Plans, an industry organization.

Tough love might be easier if the Food and Drug Administration gives vaccines full approval, rather than the current emergency use authorization. Even so, taxpayer-financed plans like Medicaid and Medicare must treat everyone the same and would encounter a lengthy process to secure federal waivers to experiment with incentives, according to Larry Levitt, executive vice president of KFF, a nonprofit focusing on health issues. (Kaiser Health News, where Rosenthal is editor-in-chief, is one program under KFF.) These programs cannot charge different rates to different patients in a state.

KFF polling shows such incentives are of limited value, anyway. Many holdouts say they will be vaccinated only if required to do so by their employers.

But what if the financial cost of not getting vaccinated were just too high? If patients thought about the price they might need to pay for their own care, maybe they would reconsider remaining unprotected.

This column first ran in Kaiser Health News and you can read it here. KHN (Kaiser Health News) is a national newsroom that produces in-depth journalism about health issues. Together with Policy Analysis and Polling, KHN is one of the three major operating programs at KFF (Kaiser Family Foundation). KFF is an endowed nonprofit organization providing information on health issues to the nation.

GET THE MORNING HEADLINES DELIVERED TO YOUR INBOX