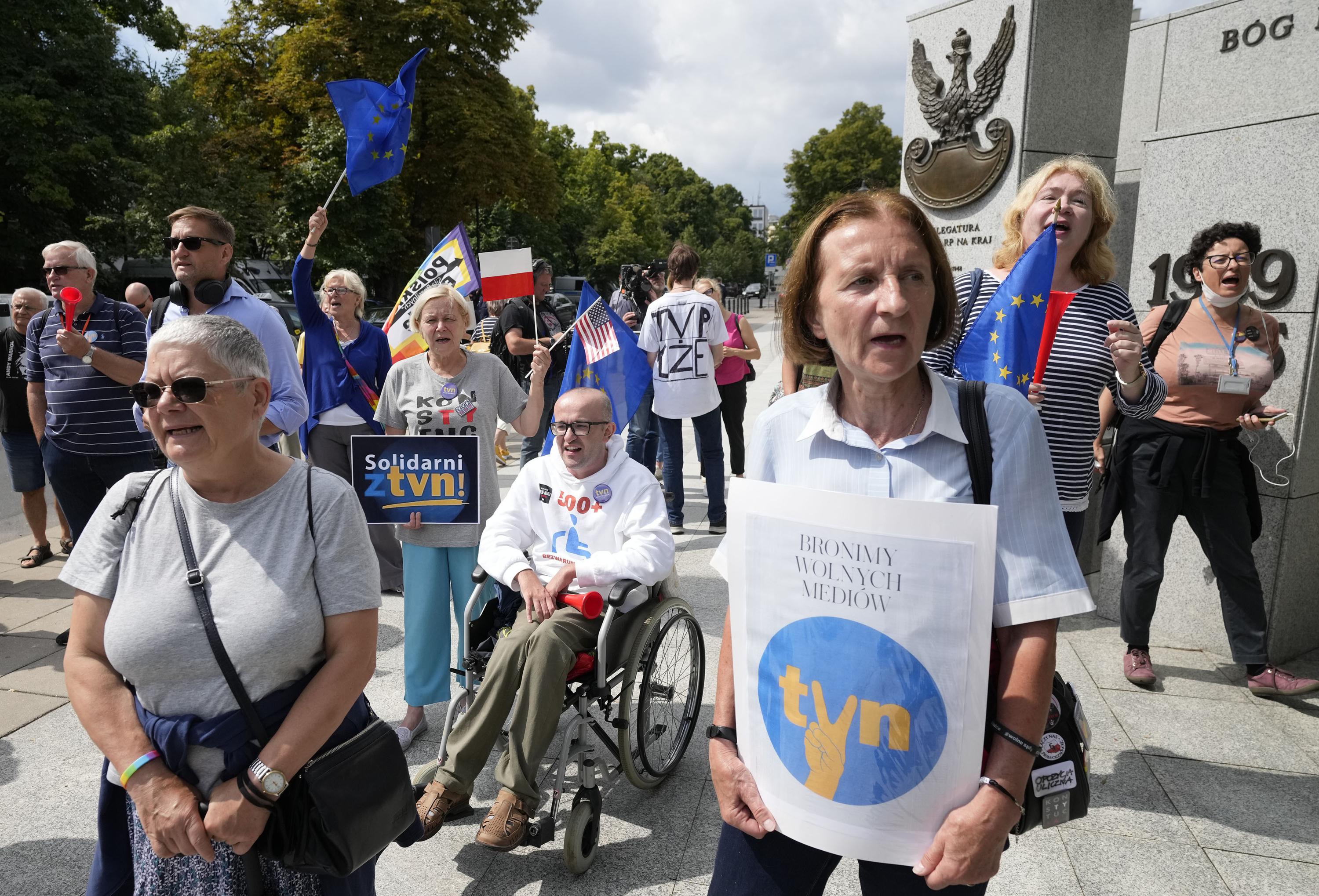 WARSAW, Poland (AP) — A top Discovery Inc. executive said Friday that the U.S.-owned company will fight hard to keep control of a television network it owns in Poland, a $3 billion investment that is threatened by a new media bill that passed in parliament this week.

If the bill passes into law, no entity from outside Europe would be allowed to own more than 49% of any media company. The right-wing government says it’s a way to defend national sovereignty and security. But critics see an authoritarian attempt to silence the most important source of independent TV news in the European Union member.

The bill in practice would only affect the ownership of TVN, a network first bought by another U.S. company, Scripps Networks Interactive, for $2 billion and later sold to Discovery — in the largest ever American investment in Poland.

Jean-Briac Perrette, president and CEO of Discovery International, told The Associated Press on Friday that TVN is now valued at around $3 billion and that the company has a fiduciary responsibility to its shareholders to defend its interests.

“We have no intent to sell or leave,” Perrette, who is based in London, said in an interview.

He urged the United States, the EU and European nations to intervene, saying media independence and the survival of democracy are at a “tipping point” in a strategic region of central Europe.

“So far, all the great support and the words clearly have not been sufficient to fend this off,” he said.

Before the passing of the media bill on Wednesday, Poland’s broadcasting regulator had also refused to renew a license for the network’s all-news station, TVN24, which expires next month.

On Thursday, the company announced it was initiating legal action at an international arbitration court over “arbitrary and discriminatory” treatment that it sees as part of a broader crackdown on free media. Discovery accused Poland of violating a U.S.-Polish investment treaty, and Perrette said he believes the company will have a strong case if the matter ends up in court.

Perrette said Discovery also has alternative plans to save its investment in Poland, but couldn’t divulge those details at this time.

There has been so far no Polish government response to the lawsuit.

To become law, the bill goes next to the opposition-controlled Senate, which has a month to examine it and can suggest changes but is too weak to block it. It then would return to the lower house for final passage, and then to the president for signing.

“This is turning in a very bad direction,” Perrette said. “And now in the next 30 to 45 days, it gets decided.”