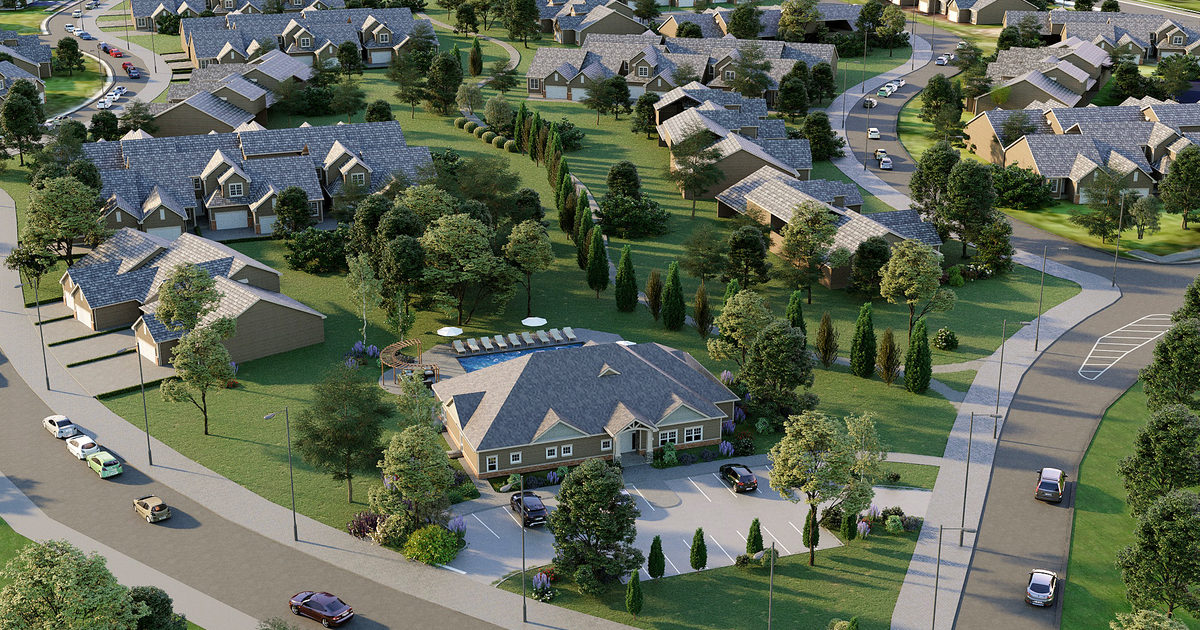 Though developers used to build single-family homes and townhomes to sell them, a growing number today are building them as rentals. They’re targeting people who want the advantages of living in a house in a low-density suburb—more space, a backyard, good schools—but either can’t afford a big down payment or just don’t want to shoulder the burden of owning one. Rising mortgage rates could boost demand for build-to-rent housing further by pushing up borrowing costs, making it harder for some buyers to afford a home purchase.

“Lynd still believes the build-to-rent space has plenty of legs, as 45% of all renters desire to own a home but cannot afford one,” Lynd Group CEO A. David Lynd said in the statement. “Climbing interest rates have made the dream of ownership even farther out of grasp. Increasing prices and rates are pushing more renters to choose single-family rental communities as they seek to fulfill their desired need for housing.”

The Oswego development will feature two- and three-bedroom units between 1,559 and 1,747 square feet with monthly rents starting at $2,700. The homes include a fenced-in backyard with patio, basement and two-care garage. The complex at 137 Dorset Ave. will include a clubhouse, fitness area and swimming pool.

Instead, Lynd raised $5.3 million from 77 investors through CrowdStreet, according the CrowdStreet website. Lynd provided the balance of the equity with the $66 million construction loan coming from Steeprock Capital, a Greenwich, Conn.-based lender, a Lynd spokesman said. He did not provide more details about the financing or explain why the cost of the project increased from the earlier amount.

Developers, including big homebuilders like Lennar and PulteGroup, have been investing heavily in build-to-rent housing around the country for the past few years. In January, two Chicago-based firms, Harrison Street Real Estate Capital and Core Spaces, formed a $1.5 billion joint venture to build rental subdivisions in markets including Denver, Dallas and Nashville. The venture is also exploring a project in west suburban Chicago.

Several rental townhome developments have opened here over the past several years, including Ashwood Place, a 60-unit property in Aurora. But most build-to-rent developers, especially those  that build single-family homes, so far have bypassed the Chicago area, said Erik Doersching, executive vice president and managing partner at Tracy Cross & Associates, a Schaumburg-based consulting firm.

Doersching was aware of only one local single-family project: Clublands of Antioch, a 110-unit development under construction in Antioch on the Wisconsin border. Leasing at Clublands begins later this summer, he said.

Given the strong demand for single-family rental housing, Doersching expects to see more of the projects here in the future.

“It is a promising sector of the market,” he said.