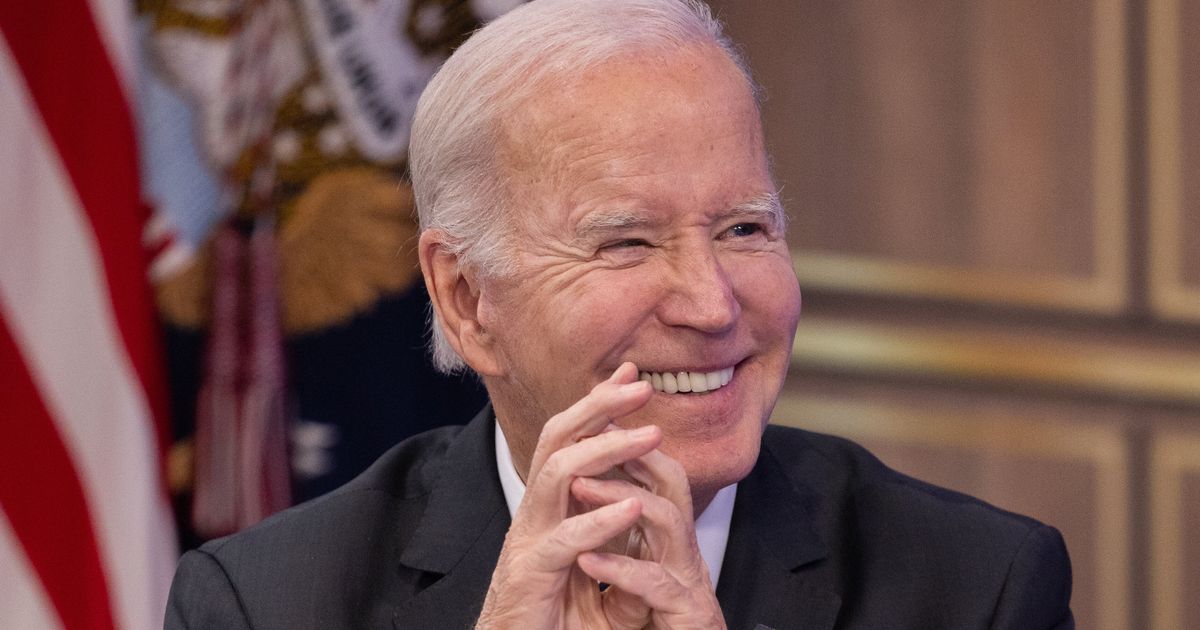 “Dark Brandon” is the meme-worthy nickname that’s turned what was once an insult into shorthand for a feisty president willing to fight back. In this case, Doocy tried to corner Biden at the end of an event by asking him to choose between inflation or abortion as the “top domestic issue.”

Biden wasn’t having it.

“They’re all important. Unlike you, there’s no one thing. It crosses the board,” he said, noting that there were multiple issues, foreign and domestic, that he’s tackling.

“They’re all important,” Biden said. “And we oughta be able to walk and chew gum at the same time.”

With that, the president buttoned his jacket, pumped a fist and walked out.

Doocy is known for posing leading questions that are designed to get a sound bite for his right-wing network, and has been at the center of a number of viral moments.

Earlier this year, Biden was caught on a hot mic calling Doocy a “stupid son of a bitch.”

Biden’s supporters hit Twitter to show how much they liked the exchange: