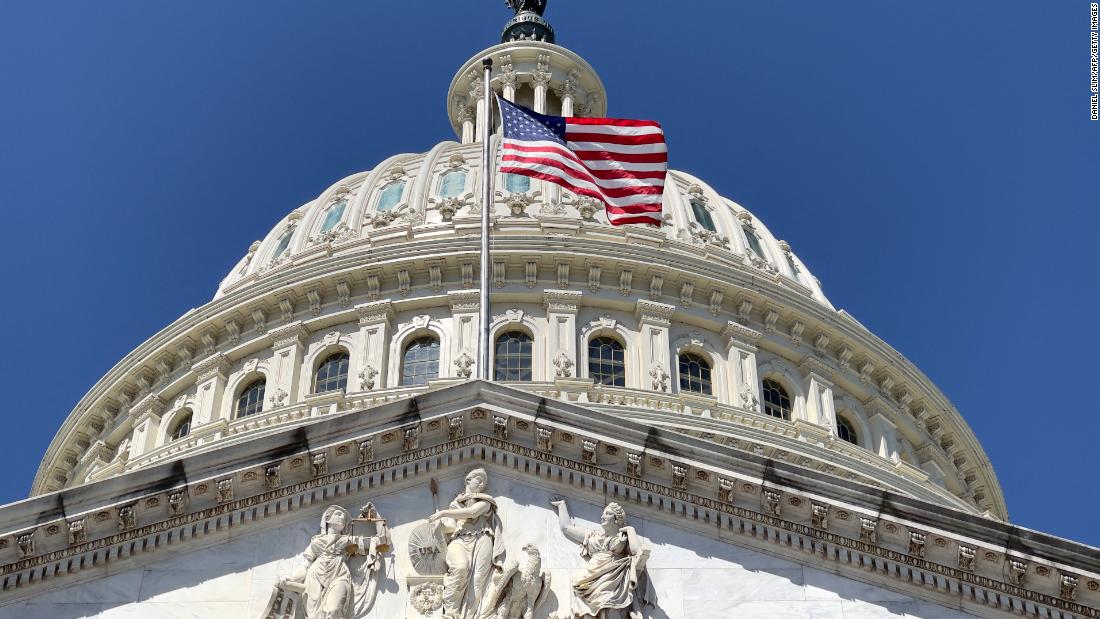 Legislation addressing the infrastructure, voting rights and police reform will all be top of mind on Capitol Hill this week — though infighting in both parties could imperil, or even unravel, progress on all fronts.

House lawmakers specifically will have a chance to cement a significant bipartisan breakthrough on legislation establishing an independent panel to investigate the US Capitol insurrection.

The House is expected to vote this week on the legislation creating a bipartisan commission to investigate the January 6 attack on the Capitol as well as a $2 billion supplemental funding bill to bolster security at the Capitol.

The votes come after House Homeland Security Chairman Bennie Thompson of Mississippi and the panel’s ranking Republican, Rep. John Katko of New York, announced on Friday they had reached an agreement for the panel that would be modeled after the 9/11 Commission.

The big question now is whether House GOP Leader Kevin McCarthy — who has been fighting with Speaker Nancy Pelosi over the commission proposal — will sign off on the deal, as he said he was still reviewing it.

Asked if McCarthy could stop the bipartisan deal, Pelosi told CNN Friday, “Why don’t you ask him?”

The proposed commission would include a 10-member panel, with half appointed by Democratic congressional leaders, including the chair, and half by Republicans, including the vice chair. The panel will have the power to issue subpoenas if they are signed off by both the chair and vice chair, according to a summary released by the committee.

The commission would be tasked with issuing a final report by the end of this year, making it a quick timeline for the panel to put out a final product.

Notably, lawmakers from both parties said Sunday that McCarthy should testify before the commission if lawmakers establish the investigative body.

“I would anticipate that — I would hope he doesn’t require a subpoena, but I wouldn’t be surprised if he were subpoenaed,” GOP Rep. Liz Cheney — recently ousted from leadership — told ABC News of McCarthy.

Thompson told CNN’s Jim Acosta on Sunday it’s important to find out what McCarthy knows about Trump’s actions on January 6.

“We have to get all of the facts. I hope we should not have to end up subpoenaing individuals to come. We want to get the House Administration documents. We want to get the Government Reform and Oversight Committee’s documents, the Department of Defense documents and any witness who had anything in terms of knowledge of what happened on January 6. The commission needs to hear from them,” the Mississippi Democrat said.

That proposal, which Psaki called “the next piece” in negotiations, will follow a White House meeting on Thursday that GOP Sen. Shelley Moore Capito described to reporters as productive. The President, she said, “left a lot of room for us to negotiate.”

But there’s still a lot of negotiation to be had.

Currently, huge gaps remain between Biden’s sprawling package and the $600 billion proposal Republicans unveiled last month that focuses on roads, bridges and more traditional infrastructure. The new GOP counterproposal this week should bring into clearer focus where progress is being made and where it isn’t. Democrats are weighing whether to break off some of the bipartisan pieces of infrastructure first and tackle the bigger, more ambitious plan later in the summer.

In a narrowly divided Senate where Majority Leader Chuck Schumer can’t afford to lose a single vote, moving ahead with a smaller bipartisan infrastructure bill before tackling a broader bill that encompasses paid family leave, an extension of the child tax credit and other larger, legacy items may offer Democrats the best chance of giving Biden another legislative victory.

“But, you know, ultimately, there will also continue to be conversations at the level of the President and members of the Republican leadership and Republican committee chairs, as well as with Democratic leaders as well,” Psaki said.

The sweeping voting rights and ethics bill championed by Democratic leaders and progressives is also facing an important week after some Senate Democrats privately signaled concerns last week about pushing ahead with a vote.

The major voting rights package would mandate 15 days of early voting, allow same-day voter registration and limit states’ ability to curb mail-in voting and the use of ballot boxes. It also rewrites federal campaign finance rules, sets out new ethics requirements for the president and seeks to end partisan gerrymandering.

But during a private Democratic meeting on Capitol Hill last week, some lawmakers signaled that while they had signed onto S1, they still had changes they wanted to make — some of them significant, according to a source familiar with the discussion.

As an alternative, Democratic West Virginia Sen. Joe Manchin has pointed to the John Lewis Voting Rights Act, though the bill is far less sweeping.

The Democratic rift over how to proceed comes as GOP lawmakers in key states continue to charge ahead with new voting restrictions at an aggressive clip.

A law signed last Tuesday by Arizona Gov. Doug Ducey targets the state’s Permanent Early Voting List. Under that system, people on the list automatically receive a ballot for every election.

In Texas, the Republican-controlled state House has passed a broad bill that would empower partisan poll watchers, increase penalties for voting crimes and make it a felony for an election official to send unrequested vote-by-mail applications to Texans.

In another closely watched political battleground, Michigan lawmakers continue to work on a Republican-backed package of voting bills that critics say could make it harder to vote.

There has been pressure from Biden and advocates of changing the nation’s policing laws to have a reform deal by the one-year anniversary of George Floyd’s death on May 25.

At this point, that seems unlikely.

Republican Sen. Tim Scott of South Carolina offered a blunt assessment last week of where things stand, telling CNN, “I think we have a long way to go.”

“We are making real progress, but it is slow,” he added.

Scott has floated a compromise on qualified immunity, placing the responsibility on police departments as opposed to individual officers, but Bass maintained last week that officers and departments both must be held accountable. On Section 242, Democrats want to change the language in the law to make it easier to criminally prosecute police officers. Scott has repeatedly said the issues is off the table for him and he will not agree to any changes.

Negotiations over these issues will play out against a backdrop of some considerable rifts within both parties.

Just days after House Republicans voted to remove her as the GOP conference chair, Cheney on Sunday doubled down in opposing the direction her party is headed following Trump’s election defeat.

“I think that we have to recognize how quickly things can unravel. We have to recognize what it means for the nation to have a former President who has not conceded, and who continues to suggest that our electoral system cannot function, cannot do the will of the people,” Cheney told ABC News.

But Rep. Elise Stefanik, the New York Republican and Trump loyalist who was chosen to replace Cheney in her No. 3 House leadership post, tore into her predecessor in an interview on Fox News, saying Cheney “is looking backwards, and Republicans are looking forward.”

Trump, she added, is “an important voice in the Republican Party.”

Biden and the White House, meanwhile, are showing little willingness to bend to pressure from liberal Democrats calling for more robust condemnation of Israel’s actions amid the worst regional violence in years.Progressive Democrats pounced on Biden’s comments last week about Israel having a right to defend itself.And House Intelligence Committee Chairman Adam Schiff told CBS News on Sunday, “I think we need to do everything possible to bring about a cease fire.”

“I think the administration needs to push harder on Israel and the Palestinian Authority to stop the violence, bring about a cease fire, end these hostilities, and get back to a process of trying to resolve this long-standing conflict.”