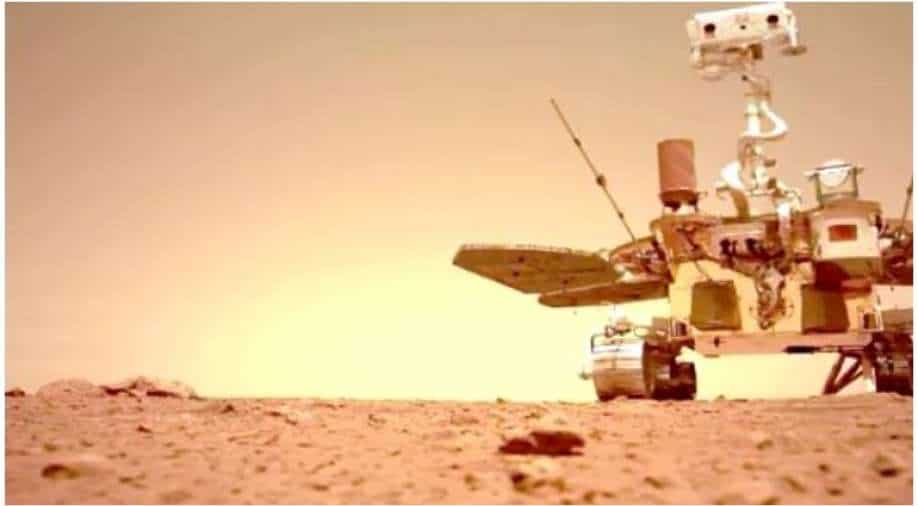 China’s National Space Agency on Sunday released video of its Zhurong Mars rover. The rover is part of the Tianwen-1 mission on Mars. It is China’s first mission, which arrived in orbit around Mars in February this year.

The space mission has come as Chinese Communist Party celebrates its 100 year anniversary. July 1 will mark the anniversary.

The image of the rover was taken by a wireless camera the robot had placed on the ground. In the footage the Mars rover can be seen moving across the surface of the planet.

The video were sent to Earth by Tianwen-1 which is orbitting the red planet.

In the video, the rover can be seen moving across the surface of Mars. The video also shows landing of the rover. The parachute deployment can be seen and series of images apparently showing the actual placement of the rover on Martian surface can also be observed.