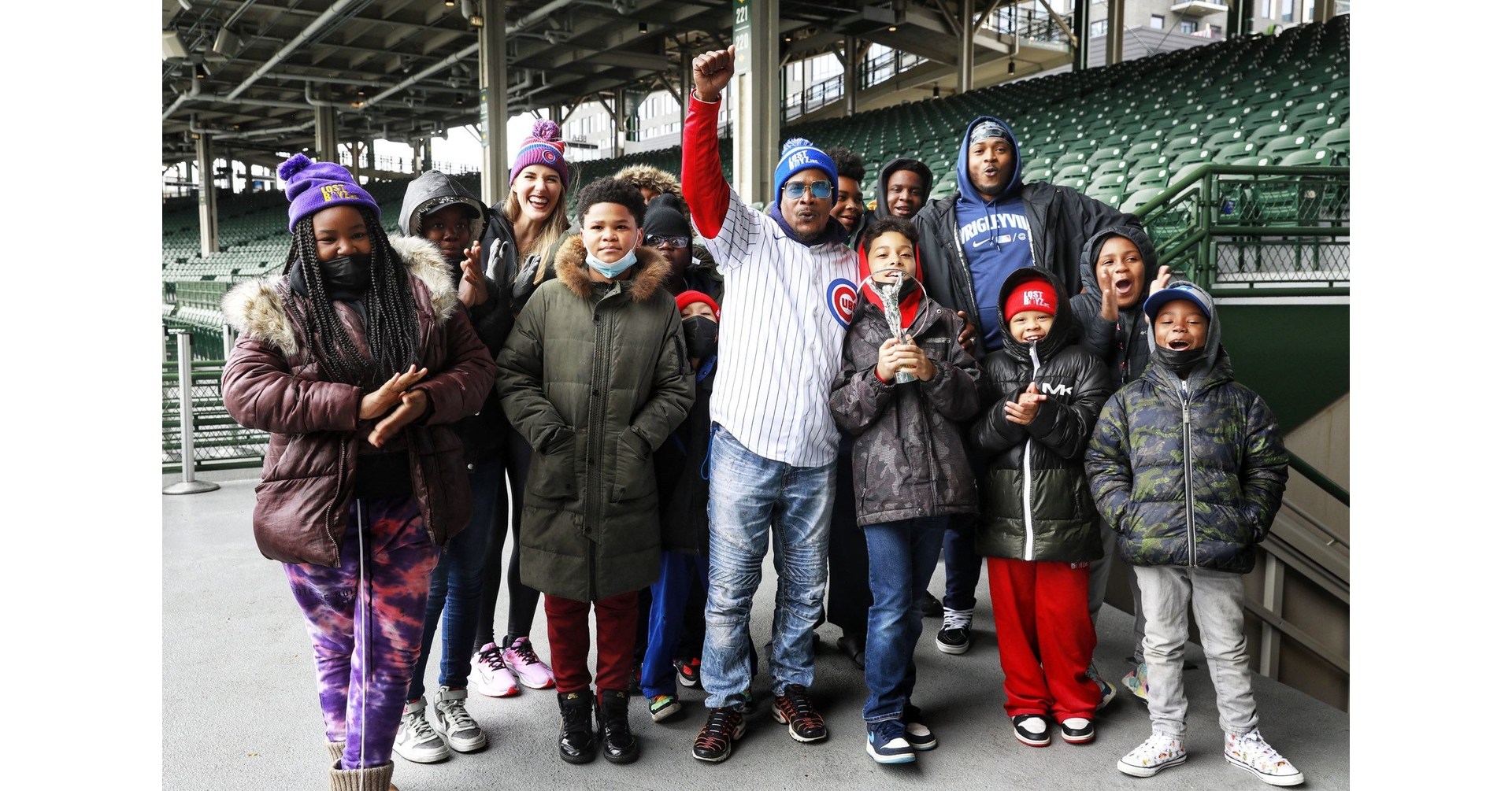 Ricketts handed the Award to LaVonte Stewart, who founded Lost Boyz Inc. in 2009 to help disadvantaged kids in Chicago’s low-income neighborhoods. Stewart was coaching a boys’ team in Chicago’s Rosenblum Park when two men with a gun chased another through the area. The children’s reaction to the violence–which was to laugh and take bets on what was going to happen next – shocked their coach into action.

From that day on, Lost Boyz Inc. has been a beacon of hope in the community. Today, the program provides at-risk youths with training and the competition of organized sport, but also economic and academic opportunities in an area where a third of residents live below the poverty line and are surrounded by gang violence.

The Cubs won the Team of the Year Award at the 2017 Laureus World Sports Awards following their World Series victory in 2016, their first since 1908.

Lost Boyz Inc. is one of more than 250 sport for development programs Laureus supports around the world. Laureus Sport for Good works with community sports organizations that use sport to combat violence, discrimination and disadvantage faced by young people. Together with our partners, Laureus Sport for Good has reached and helped change the lives of almost six million children and young people since 2000.

Missy Franklin, Laureus Academy Member, said: “As Laureus Academy members, programs like Lost Boyz Inc. are the reason we are so passionate about being part of this wonderful organization. When our founding patron Nelson Mandela said ‘Sport has the power to change the world’, this is what he was talking about. For these young boys and girls, sport is inspiration, hope and a path to a brighter future. They are an inspiration and as Academy Members, and we are so proud to celebrate their success.”

Tom Ricketts, Executive Chairman of the Chicago Cubs, said: “Chicago is a proud baseball city and it is an honor for us to host the presentation of this global Award to the Lost Boyz Inc., an organization that impacts the lives of Chicago’s youth through baseball and softball. The work LaVonte and his team are doing is an inspiration to us all and this Laureus Sport for Good Award is recognition of their tireless effort. We were honored to be recipients of the 2017 Laureus World Team of the Year Award and I continue to be inspired by their work to celebrate the positive power of sport.”

Over the past five years, the Chicago Cubs and Cubs Charities have supported Lost Boyz Inc. via program grants, investment in community baseball fields in South Shore through the Diamond Project and hosted events at Wrigley Field for program participants to meet players and employees.

The 2022 Laureus World Sports Awards will be hosted by skiing great Lindsey Vonn on April 24, from the picturesque Spanish city of Seville.