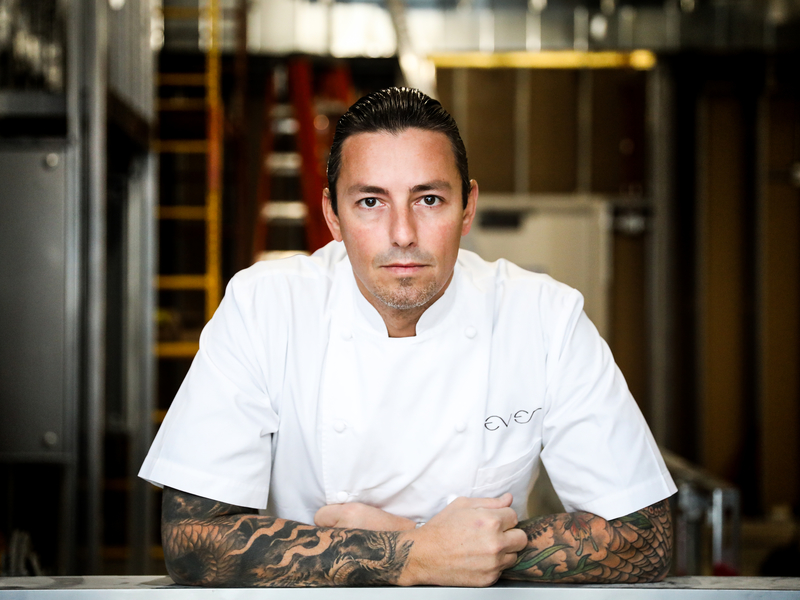 Repeat star-winner Parachute operates out of its sister restaurant, serving to-go orders. Rick Bayless’ Topolobampo, is serving “a handful of people at a time” from a private dining room, according to its website, and has not announced a reopening date.

South Loop restaurant Acadia was awarded two stars, just like it was in 2019. That, despite chef and owner Ryan McCaskey closing the restaurant last summer and moving to Maine, following allegations that he has harassed and mistreated workers at the restaurant. Acadia’s website said the closing is temporary, but no reopening date has been announced.

If a 2020 star winner was temporarily closed, Michelin kept it on the list this year, the company said. That was the case with Acadia.

Michelin has also said that inspectors “kept in touch” with restaurants throughout 2020, tracking their openings and closings and dining in when they could. But in Chicago, regulations forced restaurants to shutter indoor dining for the better part of six months since the pandemic hit, and capacities remain at the lesser of 50 percent or 50 people per room.

Such restrictions have been lethal to restaurants of every strata in Chicago, and Michelin stars were no savior. Blackbird in the West Loop closed permanently last summer, for example, and other fine-dining establishments have offered take-out or meal kits to stay afloat.

Besides Blackbird, three other restaurants dropped off the list this year: Band of Bohemia, a brewpub in Ravenswood that also permanently closed last year; Everest, an almost 35-year-old Loop restaurant that served its last meals on New Years Eve; and Kikko, a West Loop omakase bar by Oriole’s Noah Sandoval. Kikko was part of a two-in-one restaurant with Japanese-inspired Kumiko, which has paused regular service.

Despite the various states of reopening that most of Chicago’s fine-dining restaurants find themselves in, Michelin added three restaurants to its star list this year.

Ever, from Michelin-starred chef Curtis Duffy and co-owner Michael Muser, was awarded two stars. The West Town restaurant first opened last summer, then shuttered indoor dining with the rest of the state in the fall, launching to-go options and a nearby burger window. It reopened to guests in February, serving diners eight to 10 courses at $285 per person, excluding gratuity and drinks.

Moody Tongue, a restaurant housed within a brewery in the South Loop, also earned two stars. The menu from Chef Jared Wentworth is paired with Moody Tongue’s beer.

Porto in East Ukrainian Village earned one star. The restaurant from Chef Marcos Campos serves food from the Atlantic coast of Spain and Portugal.

“Michelin Guide inspectors were honored to commemorate the strength and creativity of Chicago chefs and restaurant teams throughout the past year,” Gwendal Poullennec, international director of the Michelin Guides said in a news release. “Our teams look forward to discovering even more new talent in the area as the industry continues to emerge from the crisis.”

A spokesperson added that “Our inspection criteria remain unchanged. Michelin inspectors evaluate the quality of the products; harmony of flavors; mastery of the techniques and flavors; personality of the chef in his/her cuisine; and consistency between visits when deciding a restaurant’s distinction. The entire calendar year of 2020 was dedicated to the new selection.”

The Michelin guides were created more than a century ago by French tire manufacturers. The coveted Michelin stars have been considered the crown jewels of the industry.

The company earlier this week released its Bib Gourmand list, which this year featured 58 Chicago restaurants that Michelin says serves a good meal and a good price.

Here’s the complete list of this year’s Michelin star winners, with an asterisk denoting first-timers: