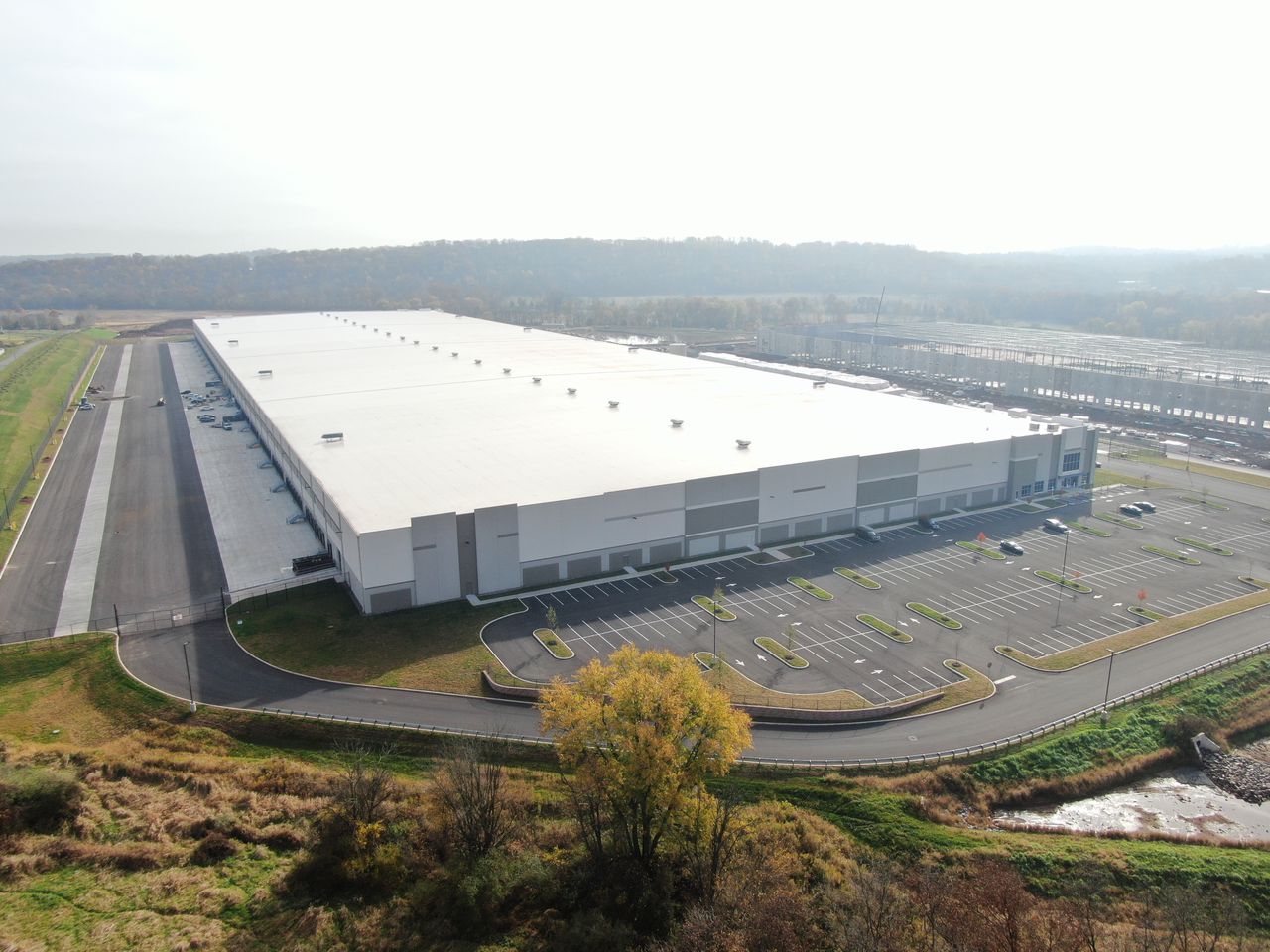 You might call them warehouses, distribution centers or fulfillment centers. Whatever you call them, developers keep building them in central Pennsylvania.

Developers say the region is a good area for these structures because it’s located near major roadways and within a day’s drive of a large portion of the U.S. population. Companies also point out the close proximity to FedEx, UPS, and Harrisburg International Airport. And they say we have a good workforce.

And more warehouses means more workers. So many in fact, that the U.S. Occupational Safety and Health Administration announced it is stepping up to monitor warehouses in an effort to protect workers and reduce injuries and illnesses.

OSHA launched a regional initiative, the Regional Emphasis Program for Warehousing Operation, for Pennsylvania, Delaware, the District of Columbia and West Virginia. This fall, it began targeted enforcement, incorporating on-site inspections to identify safety and health hazards. The program is expected to last five years.

One major company that has its eyes on central Pa. is the retail powerhouse, Walmart. The company announced this year it was building three warehouses in the region, totaling a combined 3.7 million square feet of space – two in Franklin County and one in Lebanon County. One of the centers in Franklin County, near Shippensburg, has already opened.

Another developer has announced it plans to build three warehouses totaling almost 2 million square feet along the Carlisle Pike in Silver Spring Township.

Below you’ll find other midstate warehouse news from 2022:

Three warehouses on the Carlisle Pike, across from CV high school are proposed to be built near one of the busiest roads in the midstate. Jimmie Brown | jbrown@pennlive.com

Land that was once home to a beloved Cumberland County horse farm is being developed. Three warehouses totaling close to 2 million square feet of space have been proposed for the Hempt Farm across from Cumberland Valley High School off of the Carlisle Pike at at 281 Hempt Road. The three warehouses are planned for a lot between the Carlisle Pike, Hempt Road and Fry Drive. The proposed warehouses are for 900,700, 751,100 and 335,325 square feet of space. Hempt Farms, once owned by Max Hempt, was long the home of one of the premiere standardbred horse farms in the industry, producing champions and stakes winners. The farm was known to area residents for its picturesque scenery along the Carlisle Pike and the occasional polo matches it hosted. Plans to develop the 451-acre Hempt Farm go back more than a decade.

An online fashion retail company based in the United Kingdom has signed a long-term lease on its first warehouse and fulfillment center in the United States. The Boohoo Group has leased the entire 1.1 million square-foot facility at 2771 N. Market St., the developer, First Industrial Realty Trust, announced. Boohoo Group is expected to employ about 400 people at the facility, First Industrial Realty Trust said. 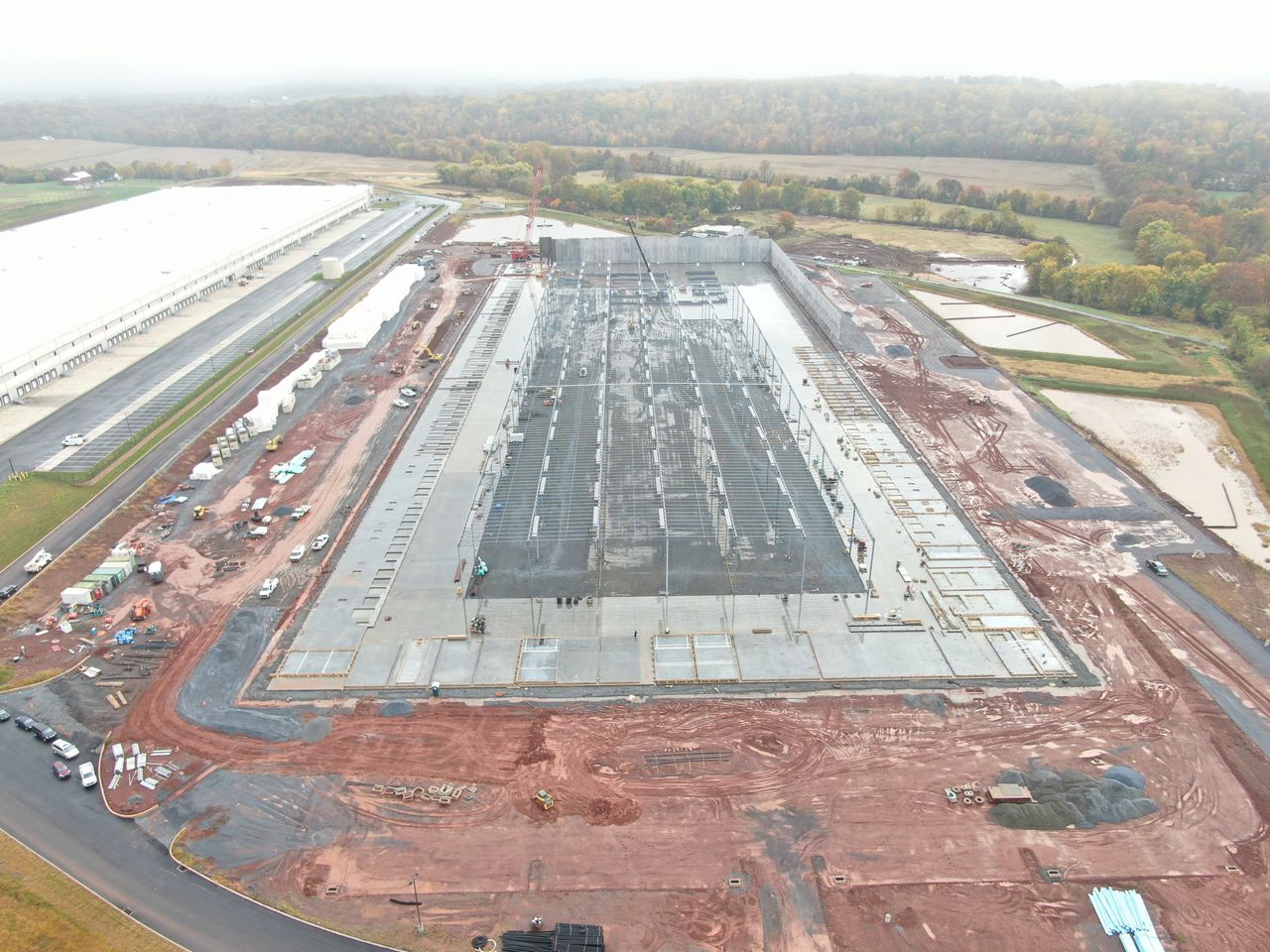 First Industrial Realty Trust is building a 700,000-square-foot facility at First Logistics Center @ 283, which is located along Route 230. The facility is being built adjacent to a 1.1 million square-foot facility at 2771 N. Market St. that First Industrial Realty Trust developed and leased to online retailer, the Boohoo Group. The new building is expected to be completed in the second quarter of 2023. 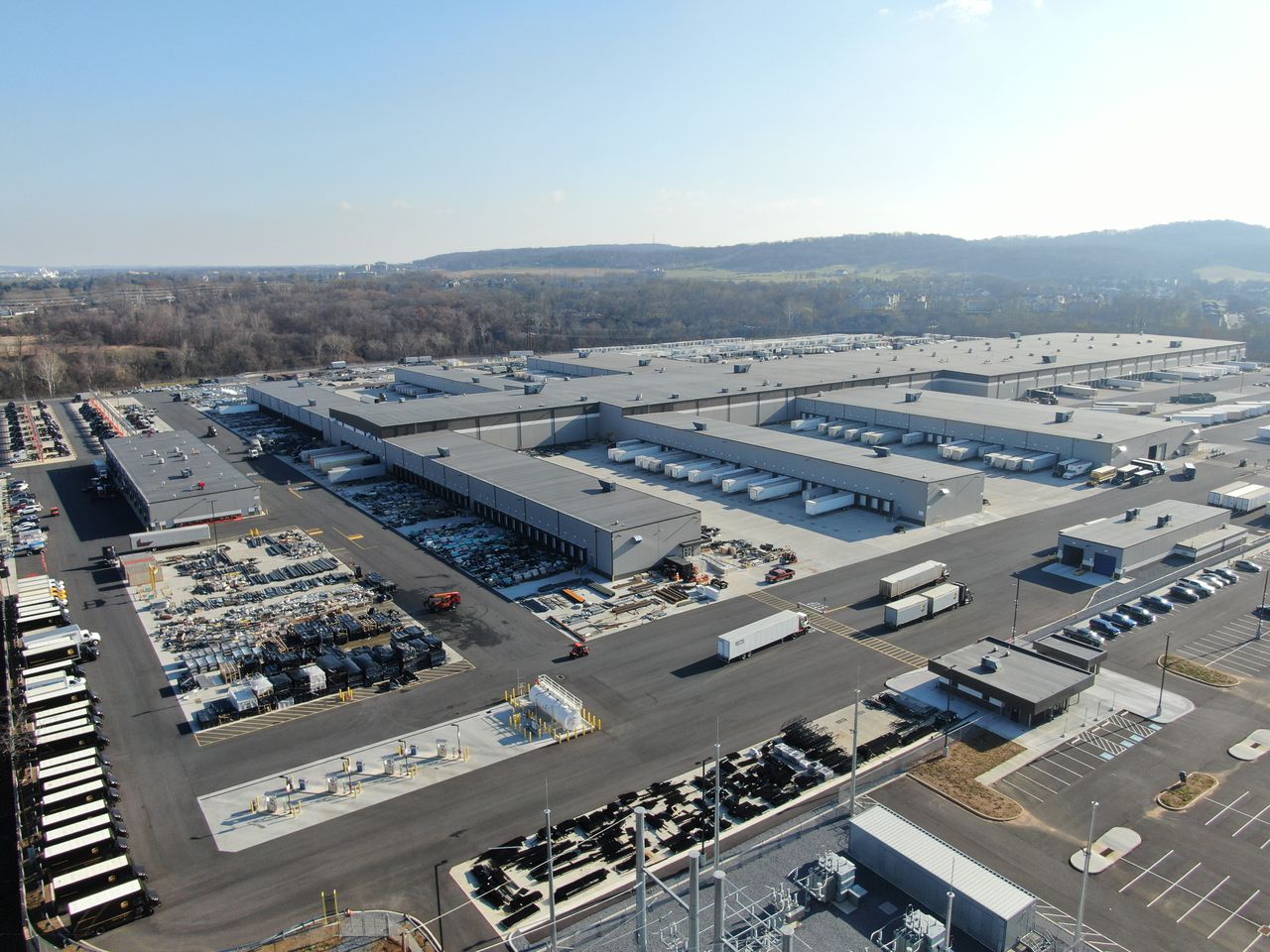 UPS opened up its fourth largest hub facility in the country in June 2022. jbrown@pennlive.com | Jimmie Brown

UPS opened its fourth largest hub facility in the country outside of Middletown in Lower Swatara Township. The new 775,000-square-foot distribution center opened in the 2100 block of North Union Street in September. A UPS spokesperson told PennLive that the property in Lower Swatara Township was chosen as the site of the “super hub” because of its proximity to major highways and accessibility to the northeastern United States. Packages will be shipped in from around the country, sorted at the new facility, loaded onto trucks and shipped out. 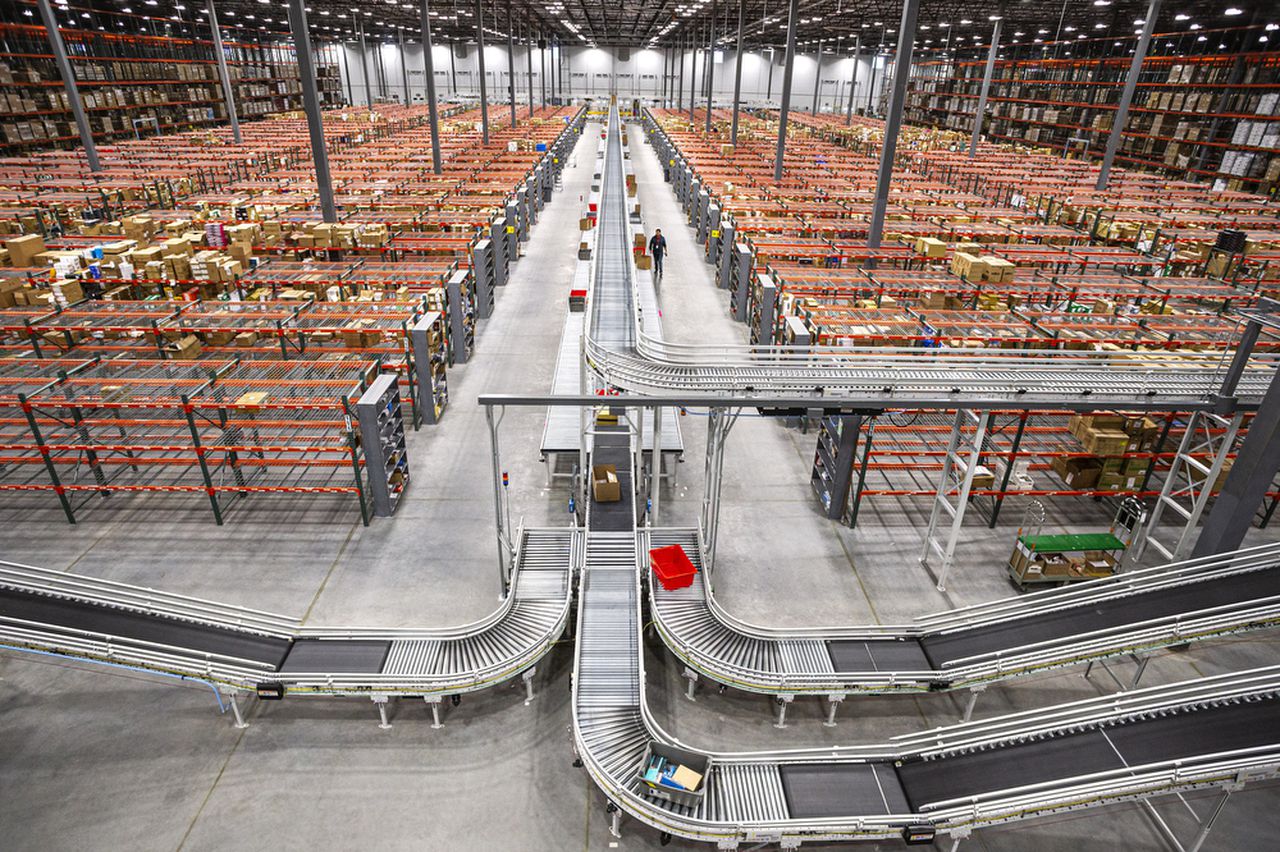 D&H Distributing, a wholesale technology provider, opened a 745,000-square-foot distribution center in January at 1011 Rosedale Ave., which is more than two and half times the capacity of its previous location on Katie Court in Susquehanna Township. The facility will serve the mid-Atlantic and Northeast regions. The center employs around 150 people. The large facility carries 15,000 different products, from big screen televisions and laptops to computers, speakers and portable heaters and everything in between. The building also houses a section for returns as well as an area for configuration services.

In July, a proposed 1.2 million-square-foot warehouse complex in Swatara Township, which was rejected by township commissioners when they denied a conditional use permit in 2020 – and has since made its way through the court system – was back in front of township officials where it took another blow. The warehouse, which would ultimately include four separate buildings, was planned for a portion of 165 acres of green space bounded by Route 322 to the north, Chambers Hill Road to the south, Penhar Drive to the west and Mushroom Hill Road to the east. In 2021, Dauphin County Judge John Cherry overturned the township’s decision. But, earlier this year, a Commonwealth Court panel upheld the Swatara Township commissioners’ 2020 decision to deny a zoning approval. The reason attorneys for Camp Hill-based Smith Land & Improvement Corporation were present this summer in front of officials in Swatara Township was to appeal the township zoning officer’s decision to decline a request for a conditional use hearing related to the development of warehousing and storage facilities on the subject property. The township’s zoning hearing board voted 3-0 to deny Smith Land & Improvement Corporation’s appeal. 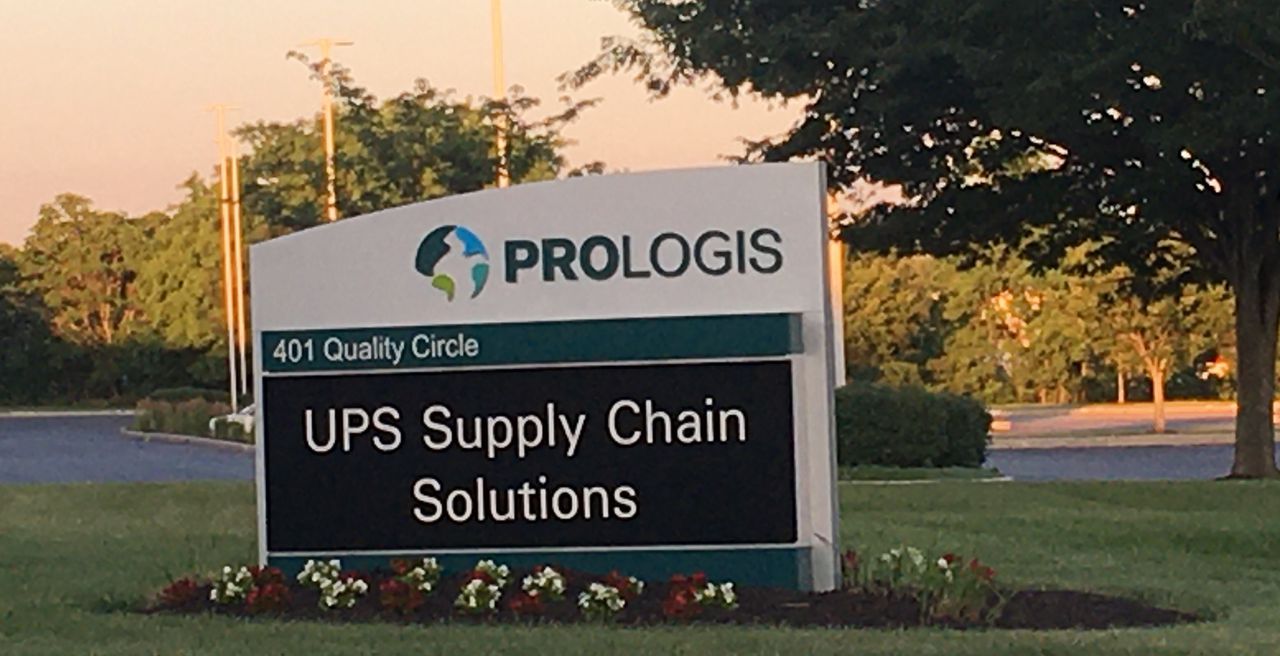 In February, West Hanover Township supervisors voted 2-2 with one abstention for the land development plan for a 1.1 million-square-foot warehouse that Prologis was planning to build at 7464 and 7600 Linglestown Road. The tied vote meant the supervisors denied the application. The logistics real estate company has a number of warehouses in the region. Residents had said they were worried about increased traffic, stormwater requirements, fire safety and potential noise from the project, among other things, and expressed their concerns at meetings. In April, Prologis appealed the ruling in Dauphin County court. In October, a Dauphin County judge reversed the ruling by township supervisors approving the land development plan. In order to move forward with the warehouse, a township official said Prologis will still have to obtain permits from DEP and PennDOT, and zoning and building permits from the township. 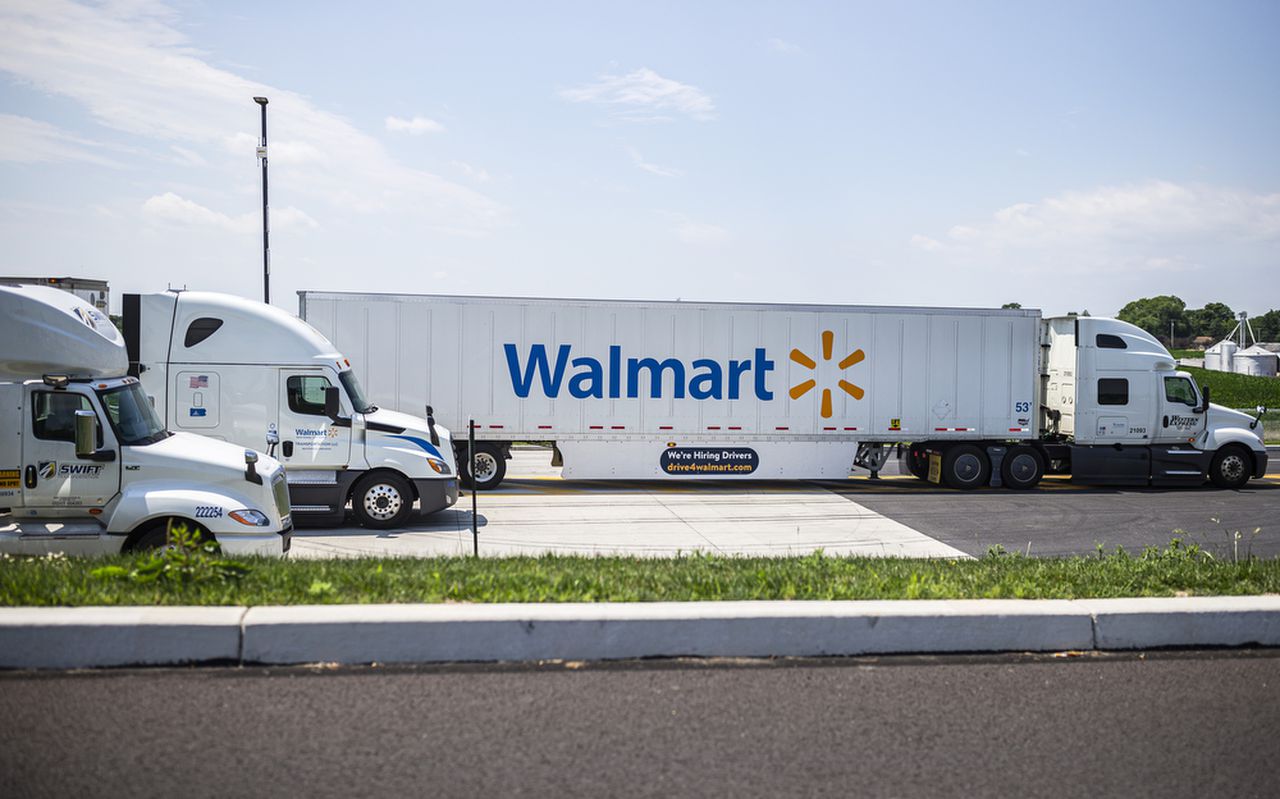 Walmart is building a large fulfillment center, which it is calling a “next generation fulfillment center” that it says will help speed up delivery to its customers. The giant retail chain is building a new 1.5 million- square-foot facility at 1915 Ebberts Spring Court in Antrim Township. The facility is set to open in 2024 and employ more than 1,000 people.

A Delaware County company has announced that construction has begun on a $115 million, 1,006,500-square-foot cross-dock warehouse/distribution center in Franklin County. (Rendering provided)

Construction has begun on a $115 million, 1,006,500-square-foot cross-dock warehouse/distribution center in Franklin County. The Endurance Real Estate Group says that it has partnered with Guardian Life Insurance Company of America to acquire and begin construction of the Chambersburg Logistics Park, a 93-acre site located off of Exit 10 along Interstate 81 at 250 Alleman Road. The project is expected to be completed in the fourth quarter of 2023. 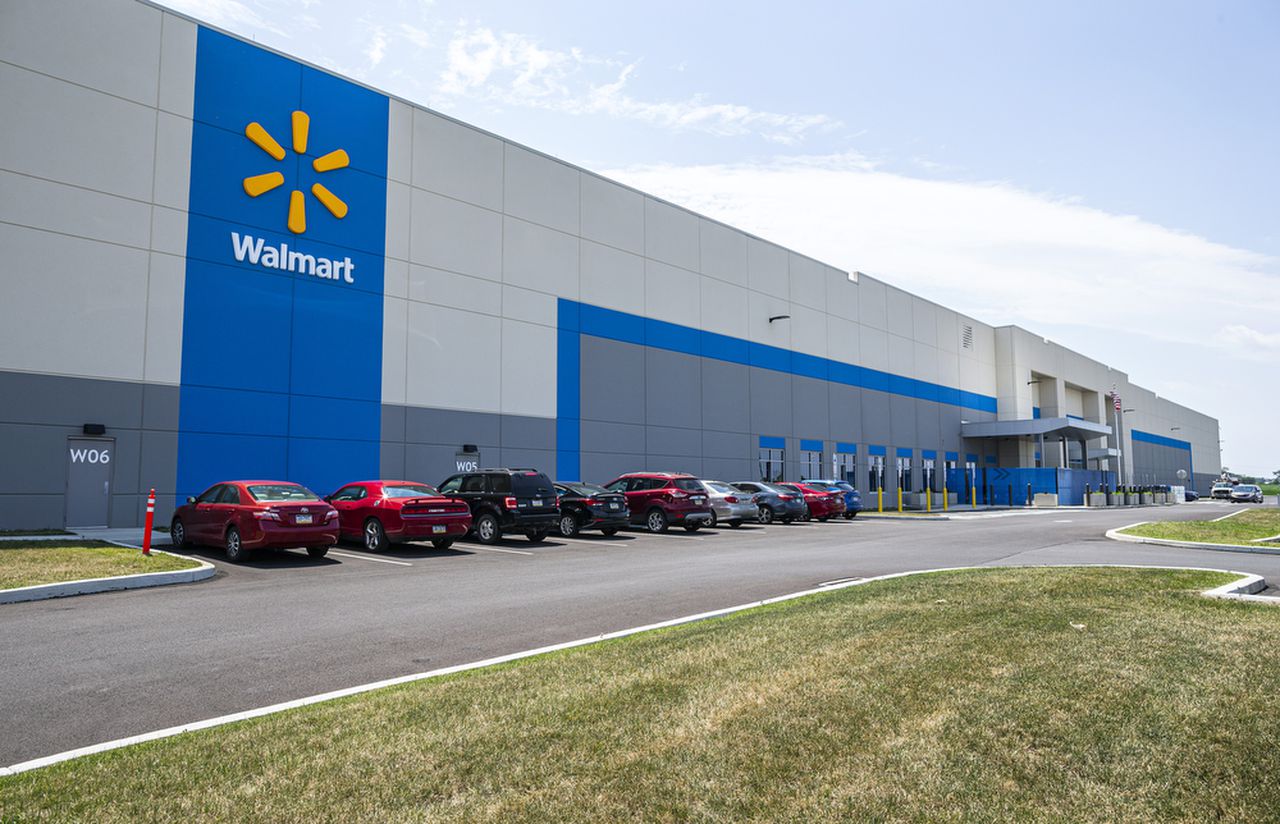 Walmart opened a massive 1.8 million-square-foot fulfillment center at 2281 United Drive in Southampton Township, Franklin County, near Shippensburg, in the spring. Walmart said the new center is part of the company’s broader initiative to add more capacity into its supply chain. The company said its eCommerce business in the United States has increased by 70 percent over the past two years. Six hundred people are expected to work at the facility. 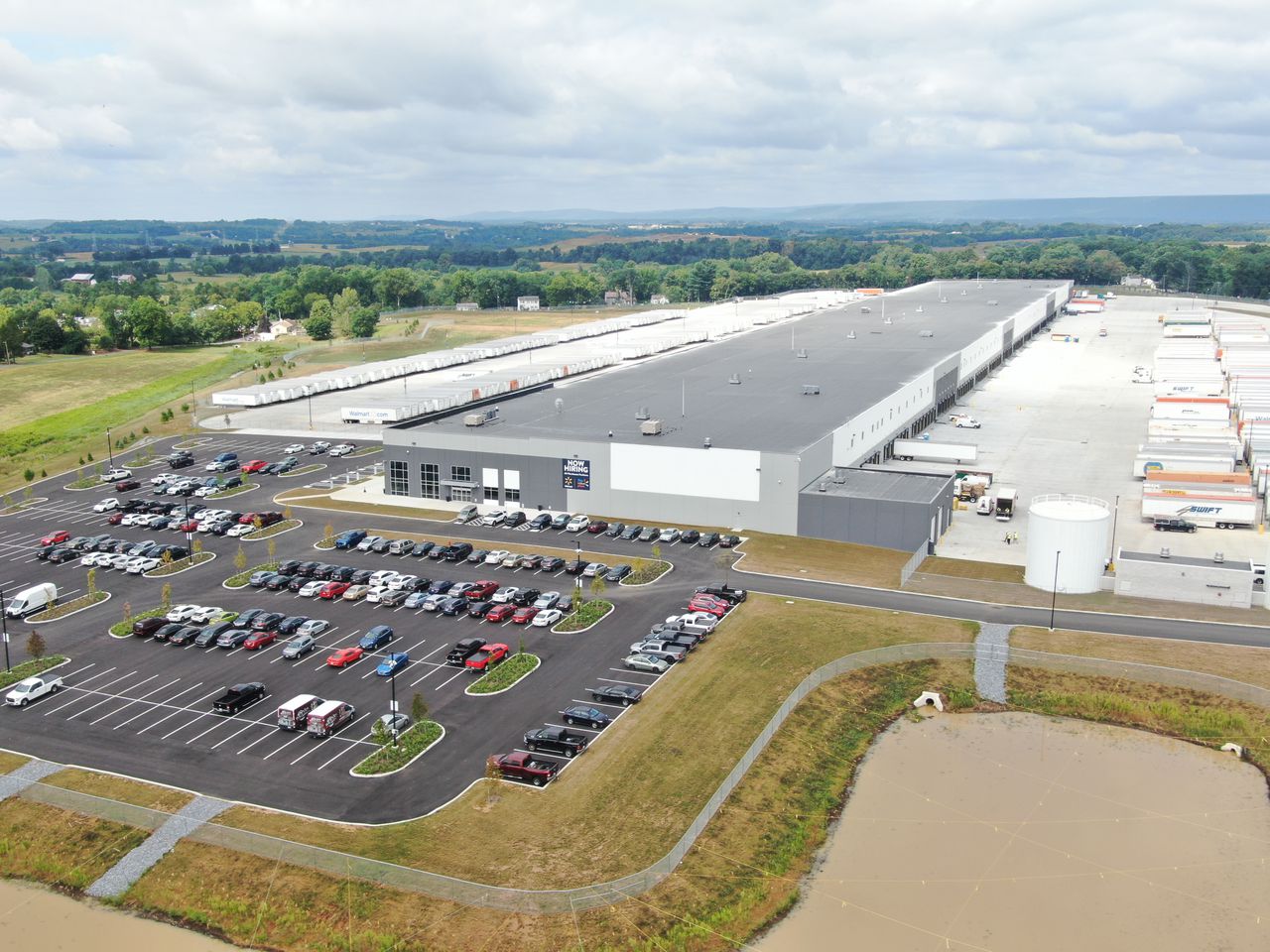 Walmart is opening a new 400,000-square-foot “high-tech consolidation center” in Lebanon County. The new center is located at 1625 Heilmandale Road. About 500 people will work at the new center initially and about 1,000 people will work at the facility at full capacity. Walmart said with this type of warehouse, suppliers will now be able to deliver merchandise to one singular location for consolidation versus shipping separate orders for each of Walmart’s 42 U.S. regional distribution centers. 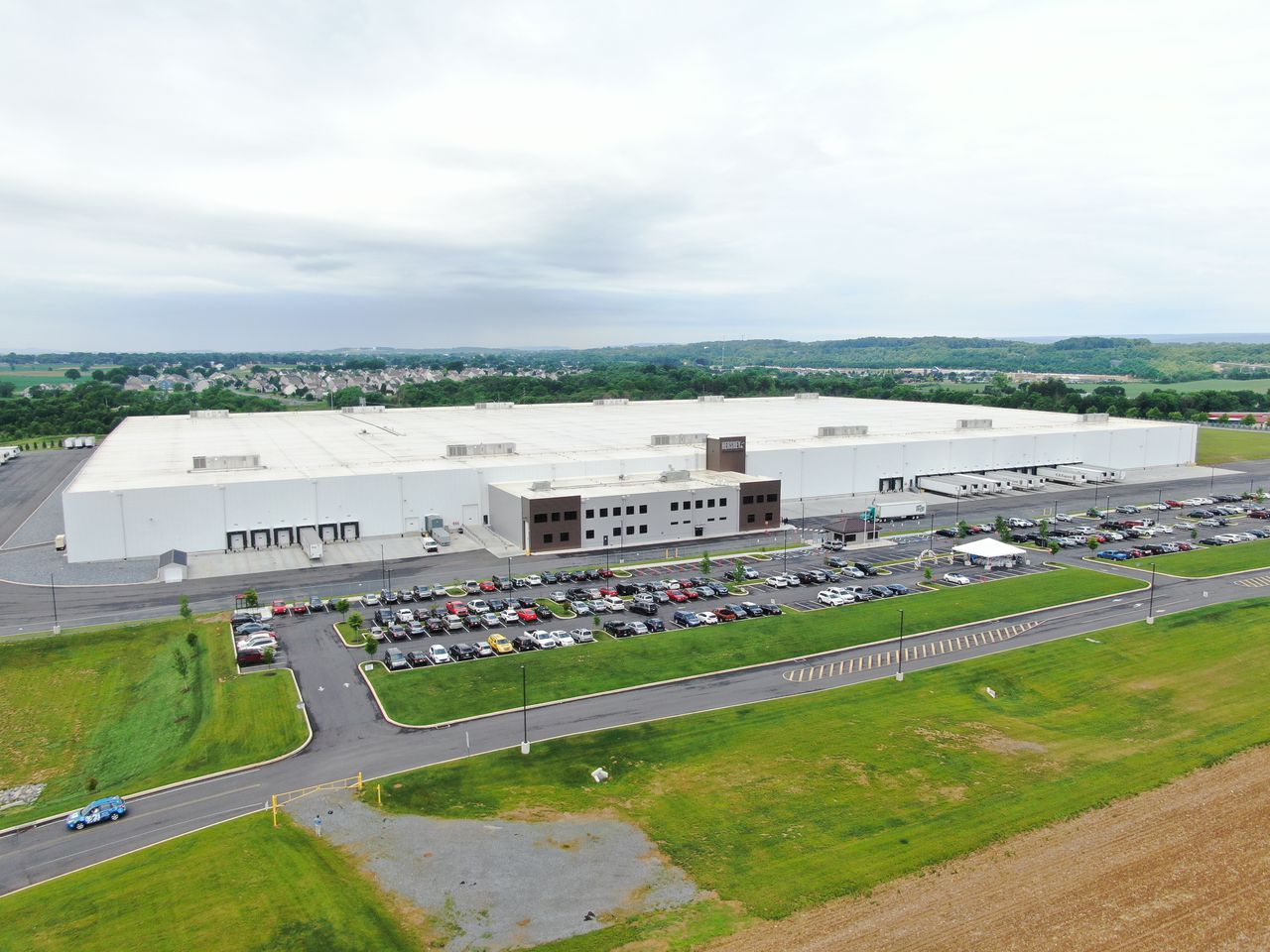 The Hershey Company opened the 800,000-square-foot massive fulfillment center, located off Killinger Road in South Annville Township, south of Route 422, in October 2021 and continue to scale up operation this year before unveiling it in June 2022. The facility will eventually expand to 1 million square feet of space. The new site will be supporting nearly Hershey’s entire portfolio of confectionery products. Hundreds of people are expected to work at the facility when it’s at full capacity. 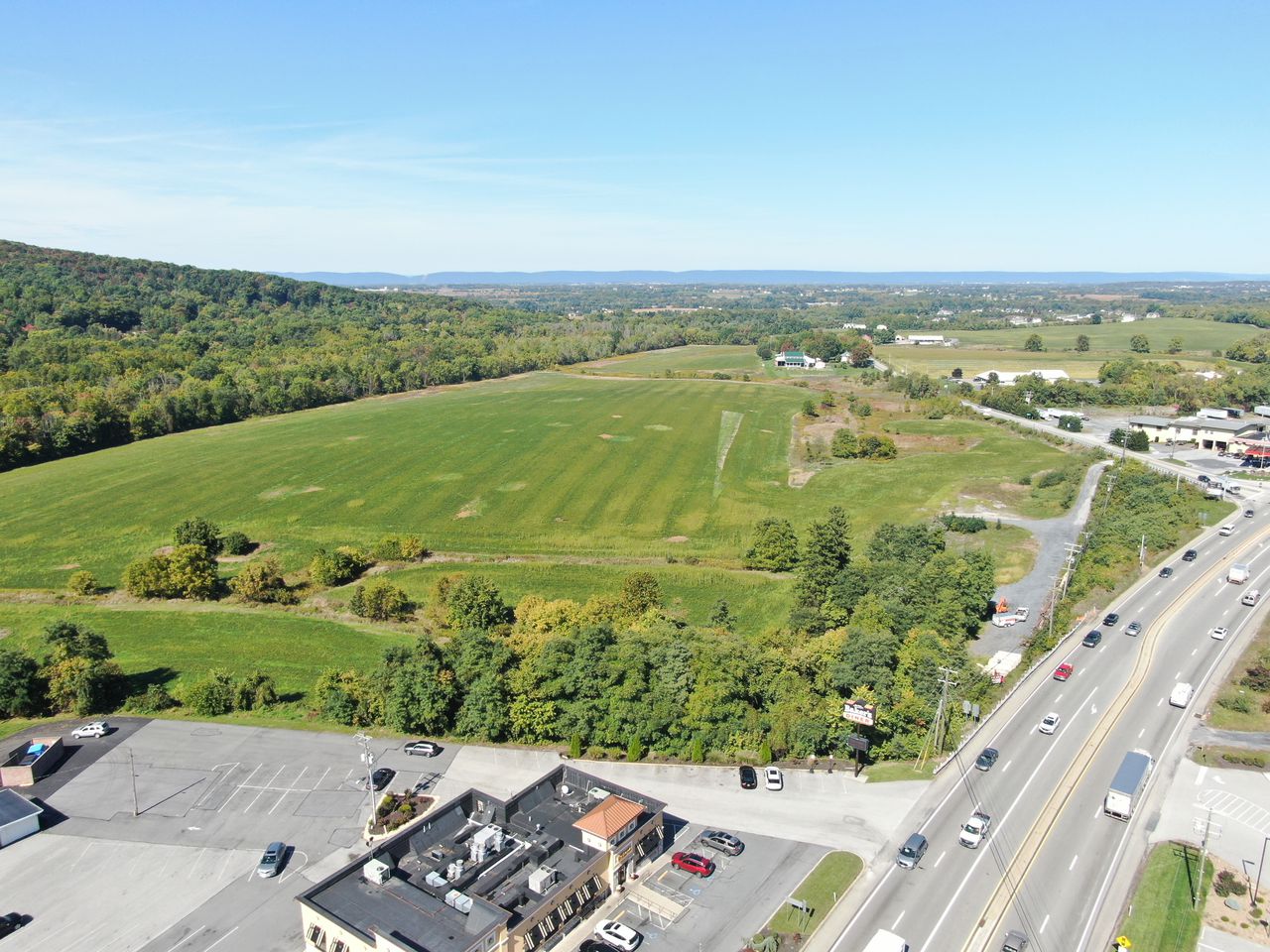 The Trammel Crow Company has plans to build a 400,000-square-foot warehouse on a 35-acre property at 53 Route 15 at the intersection of Route 15 and York Road. The warehouse will be used for storage, transfer and distribution of raw materials, manufactured goods and/or products. Access to the property will be off of York Road. The planned facility would be in operation 24 hours a day, seven days a week. The type of goods at the facilities would include, but not be limited, to the following: home furnishings, floor covering, furniture, automotive, electronics, computer, building materials and supplies, lawn and garden equipment and supplies, office equipment and supplies, sporting and leisure products, health and personal care, clothing and other consumer goods. There will be approximately 200 people working in the facility during the two largest shifts with a smaller overnight shift. 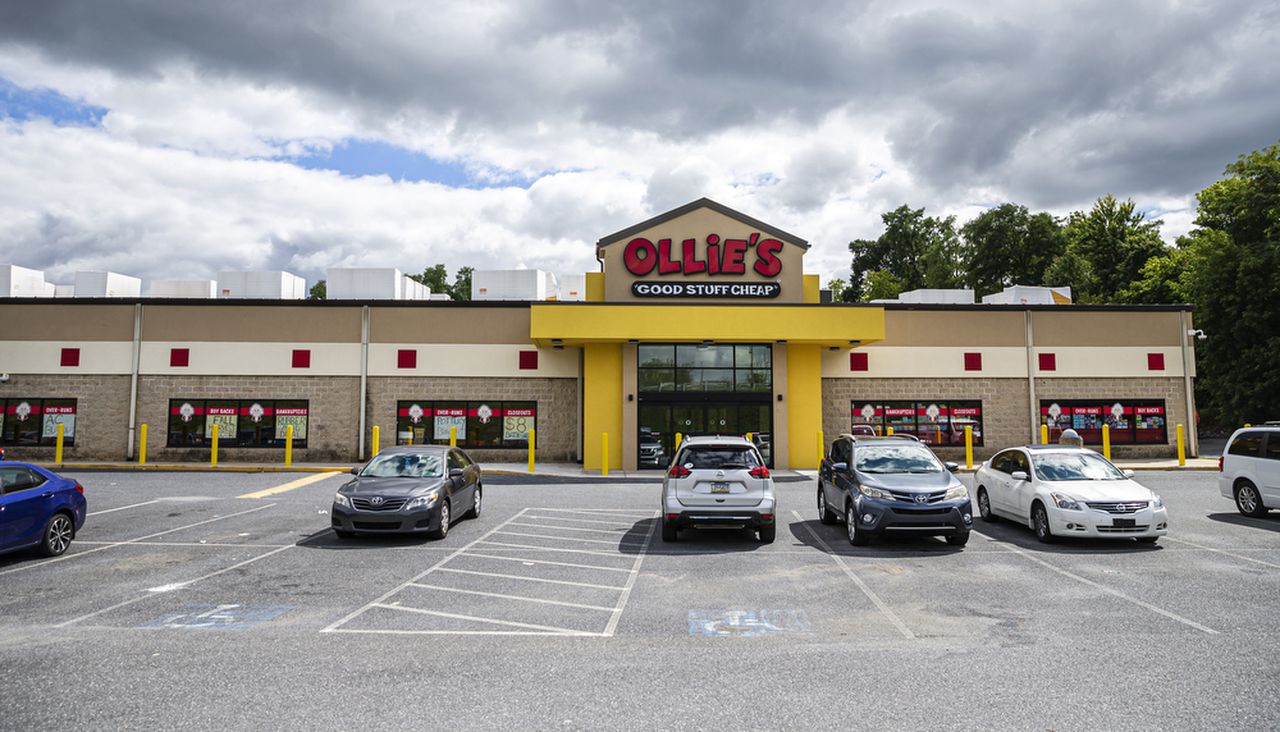 Ollie’s Bargain Outlet is expanding its distribution center in York County by 200,000 square feet. The distribution center at 3300 Espresso Way in East Manchester Township will include 800,000 square feet of space when the expansion is complete. This expansion will provide Ollie’s the ability to service an additional 50 stores. That will bring the total up to about 200 stores that can be serviced at that location. It will also bring the total of stores it can service overall to 550 stores. 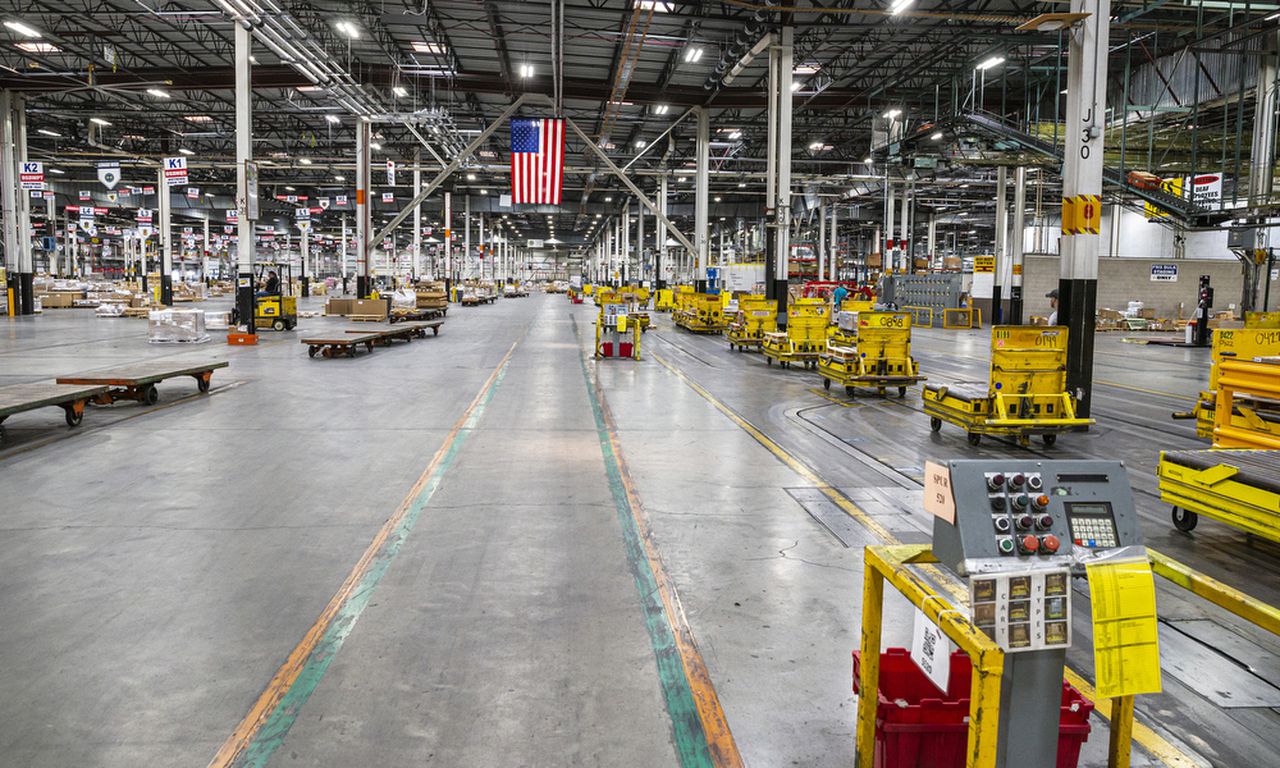 The first go-live phase for the entire receiving area is currently slated for the summer of 2023. The next phase will be the sortation system, which is expected to go live shortly after the first phase. The delivery of new cranes for the high-rise area is scheduled for November 2023 with testing and implementation shortly thereafter. The high-rise will be done in multiple phases over the next three years. Synchronization of subsequent phases are currently in development. 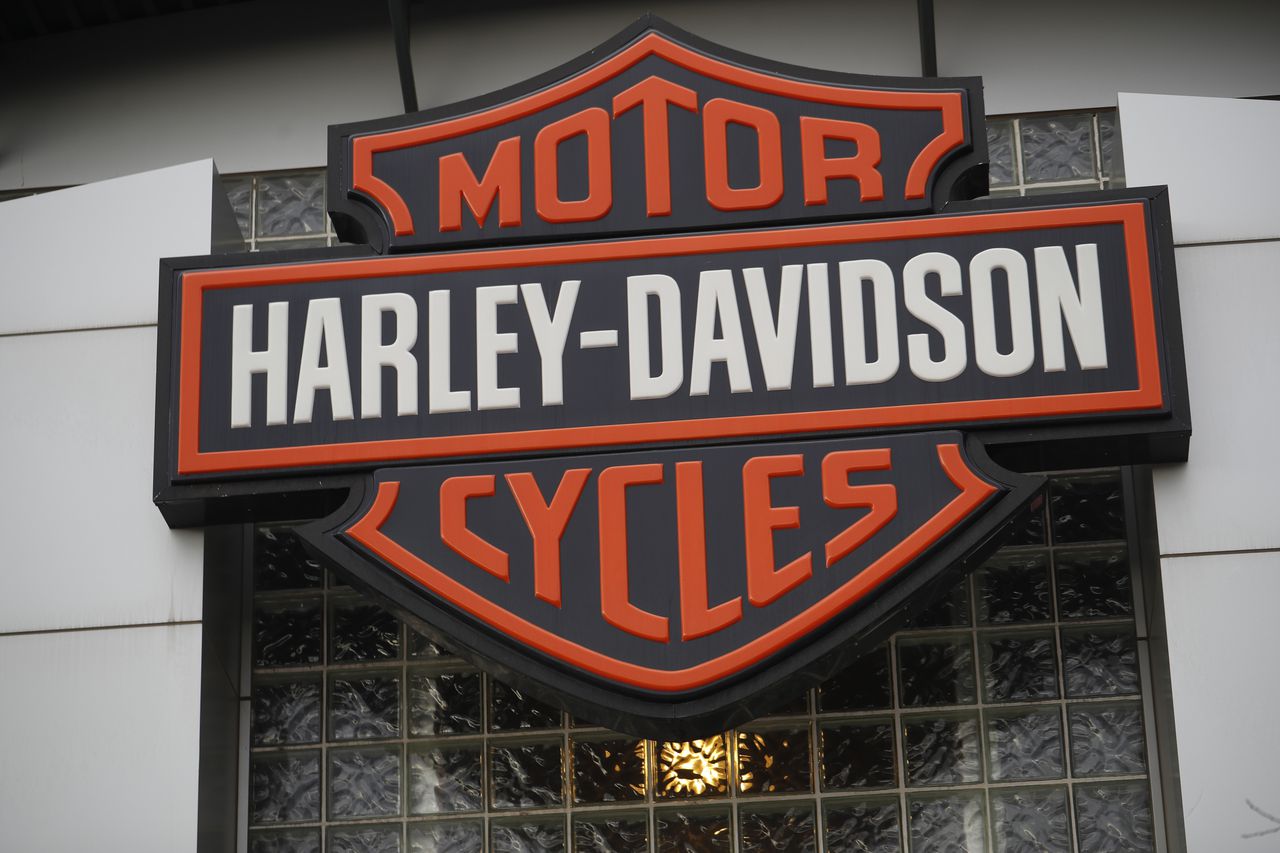 Florida-based Comprehensive Logistics has announced it will serve as a new third-party logistics service provider at a Harley-Davidson distribution center in York County. Harley-Davidson ended its contract for its logistics provider, Syncreon, in December at its facility at 609 Memory Lane in Springettsbury Township. Comprehensive Logistics officials said that the immediate focus is on transitioning current employees at the facility. The company said it is implementing a “strategic York-centric recruiting plan” that is focused on current employee retention and staffing up in 2023 to add a significant number of jobs in the York area. A spokesperson for Harley-Davidson said that the change of supplier aligns with its “hardwire strategy,” the company’s five-year strategic plan. As of October, 637 people worked at the facility.

Colonial Commons, Halifax Plaza and 18 other Dauphin County properties that sold for more than $5M in 2022