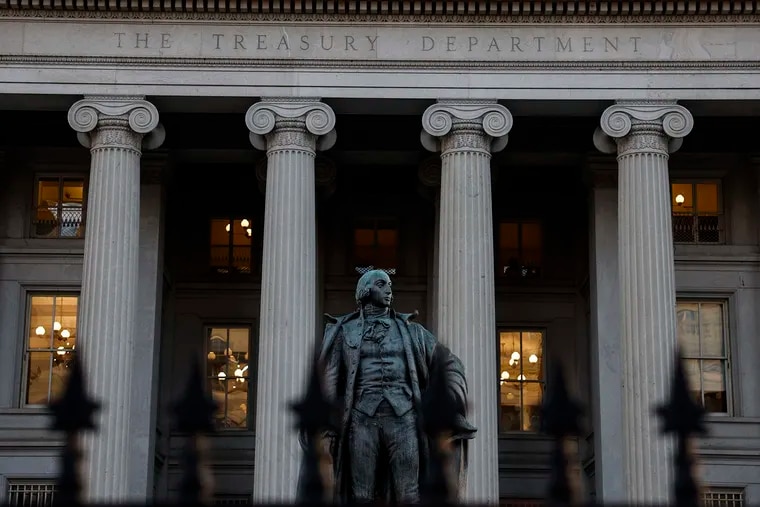 Here we go again. Every several years it seems Congress and the president play a game of chicken over the U.S. Treasury debt limit. Each time, just in time, lawmakers manage to avoid breaching the limit.

But there is reason to worry that this time that they may not. And that would be an economic catastrophe.

The debt limit, also known as the debt ceiling, is the maximum amount of debt that the Treasury Department can issue. Given that the federal government runs large budget deficits — it spends more than it raises in taxes and other revenues — if the Treasury can’t borrow more, the government will not be able to pay all its bills on time. The limit is set by law and has been increased or suspended many times in its existence for over a century to allow the Treasury to finance the government’s operations.

The intent of the debt limit was to force lawmakers to be fiscally disciplined — to spend less, tax more, and rein in budget deficits and the debt. It has failed miserably and instead threatens to crater the nation’s finances and economy.

Given the uncertainty in the timing of the government’s payments and receipts, it is not possible to know precisely when the Treasury will run out of cash to pay everyone on time. If it comes to that, the nation will be in default. Treasury Secretary Janet Yellen says it could be as soon as June. The best estimate from Moody’s Analytics is August but no later than early October.

There is much debate over whether the Treasury could prioritize payments to Treasury securities investors first to avoid defaulting on debt obligations. While the Treasury may have the technical ability to pay bond investors before others, it is unclear whether Treasury is legally able to do so. The move would be challenged in court. Bond investors, unsure how the legal uncertainty would be resolved, would demand much higher interest rates.

And politically, it seems unimaginable that bond holders, who include many foreign investors, would get their money ahead of American senior citizens, the military, or even the federal government’s electric bill. At least not for long.

Other proposed workarounds to the debt limit, such as minting a $1 trillion platinum coin, are also unworkable. Federal law gives Treasury the authority to mint platinum coins, and the thinking is Treasury would mint a $1 trillion coin, deposit it at the Fed, and draw it down to pay the government’s bills. But the law authorizing platinum coins envisaged commemorative coins, not circumventing Congress’ power of the purse. This would also put the Fed in the middle of the fight, badly politicizing the central bank and significantly jeopardizing its independence, which is critical to a well-functioning economy.

Some argue that President Joe Biden should invoke Section 4 of the 14th Amendment and order the Treasury to keep issuing bonds and paying bills. The 14th Amendment states that the “validity of the public debt of the United States … shall not be questioned.” But this amendment was passed just after the Civil War to ensure the federal government wasn’t on the hook for the war debt of Confederate states. Investors would rightly wonder if using the amendment to repeal the debt limit law would stand up in the courts, and even if it did, what it means for our political system’s checks and balances. Given the constitutional crisis this would set off, financial markets would still be roiled, and a recession would likely ensue.

It remains unclear how lawmakers will resolve the impasse. Given the severe economic and political costs of a debt limit breach, the most likely path is for lawmakers once again to get it together just in time. This might include an agreement on the debt limit in tandem with an agreement on the federal budget for the next fiscal year that begins Oct. 1.

However, odds that lawmakers fail to reach an agreement before breaching the debt limit are meaningfully greater than zero. The difficulty House Republicans had electing Kevin McCarthy as speaker and the terms McCarthy had to agree to win election — including having a battle over the debt limit with Democrats — don’t bode well. Getting any legislation through the process is tough, but getting highly contentious debt limit legislation through this Congress before a breach is likely to be an uphill battle.

A bedrock of the U.S. economy and global financial system is that the U.S. government pays what it owes in a timely way. The political brinkmanship over the debt limit is thus painful to watch. If lawmakers are unable to increase, suspend or eliminate the debt limit before the Treasury fails to make a payment to bondholders or anyone else, the chaos in global financial markets will be unbearable. The U.S. and global economies will quickly descend into recession. In the more than a century since the debt limit became law, lawmakers have taken strident warnings like these to heart and acted. Let us hope they do so again. Soon.