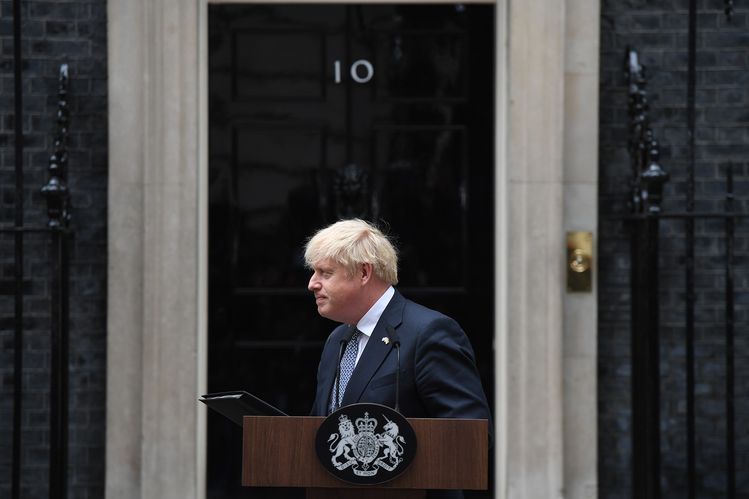 Prime Minister Boris Johnson’s shock resignation amid a flurry of departures from his cabinet has thrown into doubt the future for the UK’s major post-Brexit financial legislation.

”My concern is the Financial Services and Markets Bill will not be passed before summer recess,” said Alasdair Haynes, CEO of Aquis Exchange. “Parliament is probably going to be looking at other things now.”

The bill, announced in this year’s Queen’s speech, holds pieces of the various outlined changes to comply with Brexit. Included in the legislation were changes recommended in the Future Regulatory Framework Review and Wholesale Market Review.

These changes would have been the first major move by the UK to revise retained EU laws which currently govern the UK financial system. The scope of the law’s tweaks would range from additional powers for the Bank of England to regulate clearinghouses to new rule changes for trading in so-called dark pools.

Haynes told Financial News, “Without the [bill], we can’t move forward as quickly as we would like, and that does make the UK vulnerable.”

His concerns were echoed by others in the sector.

“The big question now is the legislative agenda and the Financial Services and Markets Bill,” one City lobbyist told FN. “The industry does not need to see this delayed any longer but there is concern now.”

The bill was spearheaded by former Chancellor Rishi Sunak and City Minister John Glen. With their departures there is uncertainty on whether the bill can make it onto the parliamentary floor. Though Sunak’s replacement has been named in the form of Nadhim Zahawi, the City Minister post remains vacant.

“Are they going to be a Brexiter or not? Some people want to water the whole thing down [the bill], some people — want to go harder and faster,” one lawyer told FN.

“John Glen had one view of regulation, everyone will have a view on this. The City is at the centre of an awful lot of it in the sense that the devolution of power to the regulators allows them to implement policies in a major way,” they said.

For the top post itself, there is no clear consensus of who may land that job. Nicola Horlick, a City fund manager, is pessimistic about Johnson’s successor.

“Given the number of 2019 Tory MPs who won their seats on the ‘Get Brexit Done’ ticket, there is a risk that someone just as venal will be selected by the party to succeed him.”

READBoris resignation rocks City: ‘We’re not out of the woods yet’

However, another lawyer said they doubt any major changes will be made to the bill and of the direction the UK government was taking with post-Brexit financial services.

“I don’t see there is any particular likelihood it will derail the direction of travel, which is some deregulation and minimal cooperation with the EU for the foreseeable future,” they said.

Haynes said he also doesn’t expect a détente with the EU under a new prime minister in the quest for equivalence.

“The equivalence argument is yesterday’s game. The UK has made its decision that it wishes to amend and compete. It’s looking to become more competitive as a nation.”

To contact the authors of this story with feedback or news, email Jeremy Chan and James Booth