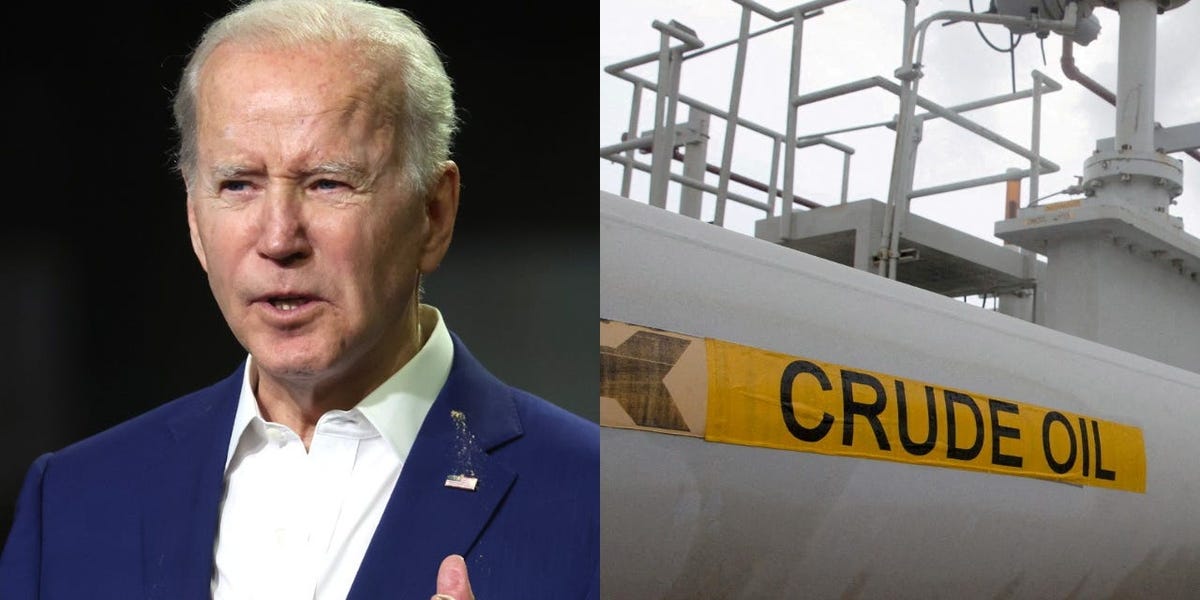 A prominent oil and gas executive said in an interview with Fox News that he believed the Biden administration’s energy policies would prolong and magnify the existing crisis.

Joe Biden announced Friday that the government would resume oil and gas leases on federal land in a bid to bring down petrol prices. They have hit a record high – 70% since Biden took office – with gasoline at $4.07 as of Friday, according to the Financial Times.

US Oil & Gas Association president Tim Stewart told Fox News that the new policy “will compound the problem. We have a short-term production shortfall right now. The Secretary’s actions that she announced yesterday will push this problem out three, five, seven, 10 years.”

Secretary Deb Haaland said in a statement shared with Insider: “How we manage our public lands and waters says everything about what we value as a nation. For too long, the federal oil and gas leasing programs have prioritized the wants of extractive industries above local communities, the natural environment, the impact on our air and water, the needs of Tribal Nations, and, moreover, other uses of our shared public lands.”

“Today, we begin to reset how and what we consider to be the highest and best use of Americans’ resources for the benefit of all current and future generations,” Haaland added.

Stewart also said that the secretary of interior is “very much on message with the rest of the Biden administration.”

“She was very clear that’s what she was going to do for those oil and gas operators who were interested in doing work on federal lands, that we should be prepared to pay about 50% more in royalties and other fees that we already pay,” Stewart said.

He added that they are only going to have access to 20% of the current acreage they have “put forward to the secretary as potential oil and gas opportunities for us.”

The new policy would do nothing to increase production, according to Stewart.

A recent decline in global oil prices came after Biden released one million barrels of oil a day from the government’s strategic stockpiles for six months. The president had come under intense political pressure over the fuel prices.

The US government has already turned to the strategic reserve twice to put downward pressure on gas prices. The administration announced a release of 50 million barrels in November as supply-chain issues hindered the energy market.

Biden unleashed another 30 million barrels of crude on March 1 to counter price pressures linked to the Russia-Ukraine conflict.

“We are concerned that this action adds new barriers to increasing energy production, including removing some of the most significant parcels,” Macchiarola said.