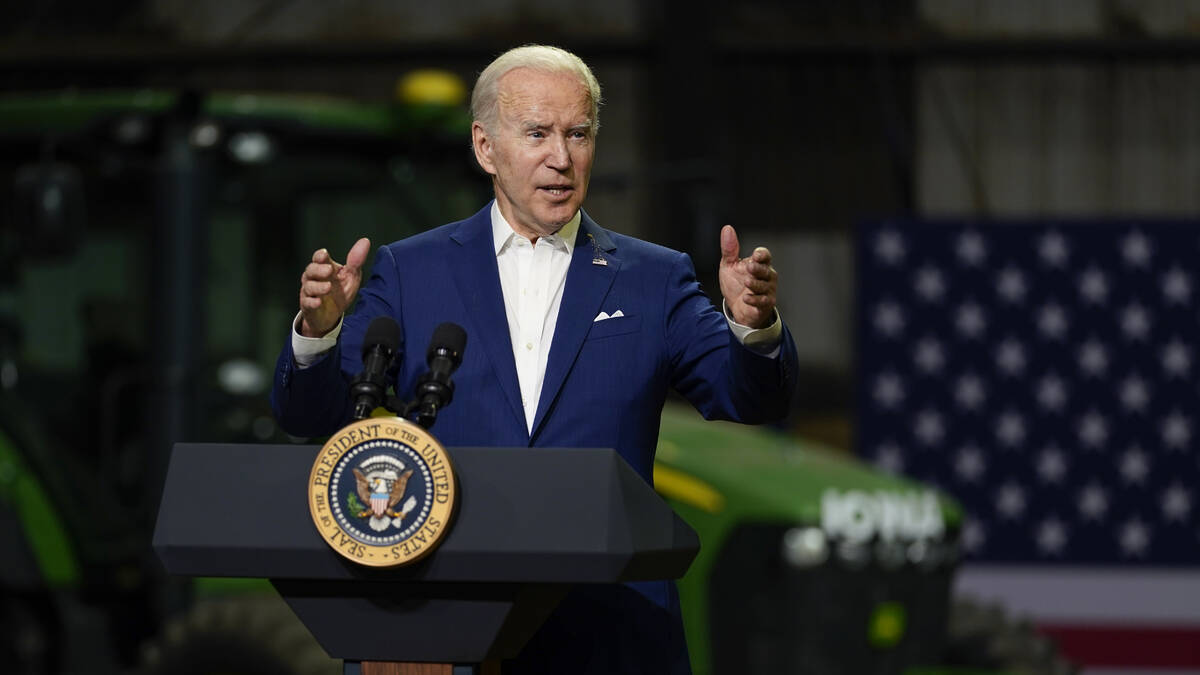 Before he was demanding that the mining industry provide the resources for new products, President Joe Biden was busy shutting down mining leases.

Recently, Mr. Biden invoked the Defense Production Act as part of his response to rising gasoline prices. One might expect the president to demand more oil and gas drilling in an effort to bring down prices by increasing supply. The United States also has an abundant fossil fuel resources.

Nope. Mr. Biden refuses to backtrack from his efforts to shut down fossil fuel production and kill energy infrastructure projects. He calls for new fees on oil and gas companies and attacks them for their “extraordinary profits.”

He did bow to political reality by releasing 1 million barrels of oil a day for six months from the Strategic Petroleum Reserve. That may help slightly lower prices leading into the November election, but it’s not a long-term fix.

Mr. Biden claimed the real solution is “achieving real energy independence — which centers on reducing our dependence on oil altogether.” First, note the contradiction. He’s upset that oil companies won’t make significant capital investments to produce more oil immediately. Also, he wants Americans to use less oil and he’s threatened to use the power of the state to put oil and gas companies out of business.

The word “incoherent” comes to mind.

The same can be said about his policy on mining, The president has invoked the Defense Production Act to increase the domestic production of metals such as nickel, cobalt and lithium. Those are just some of the metals needed for new batteries that would power electric vehicles.

“Demand for such materials is projected to increase exponentially as the world transitions to a clean energy economy,” Mr. Biden said in a memo. Yet in January, the Biden administration canceled mineral rights leases approved under Donald Trump. The move killed a proposed mine in northeastern Minnesota that could have produced nickel and cobalt.

Unsurprisingly, environmental activists applauded the move. Twin Metals Minnesota, the company behind the project, condemned it as a “political action.”

This scenario is far from unusual. A lithium mine in Nevada is currently stuck in limbo over the government’s concerns about its impact on a rare flower. All across the country, green groups consistently move to shut down mining operations intended to provide the minerals necessary to make a transition to green energy.

Mining companies already face years of red tape for any new venture. If the Biden administration wants to increase mineral production, it will remove the many federal barriers that prevent mining interests from providing the materials it claims to so greatly covet.