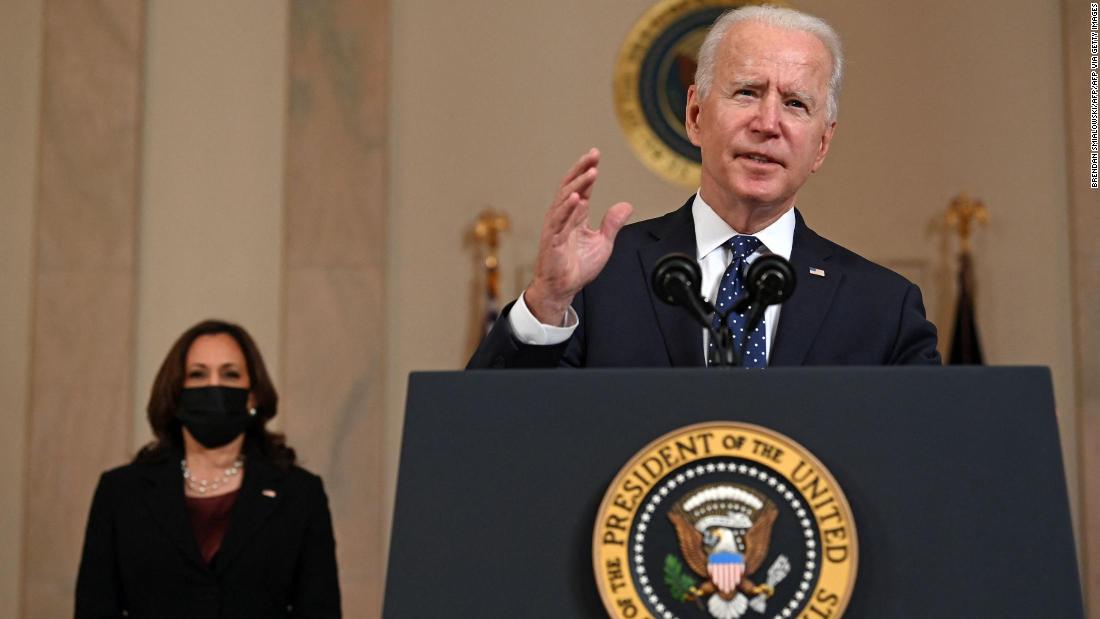 The White House visit comes as lawmakers are likely to miss the President’s initial May 25 deadline for passing a bipartisan police reform bill. Press secretary Jen Psaki said Friday that the White House has “confidence in the negotiators,” but did not offer a concrete timeline for when Biden wants a bill on his desk, saying only that he’d like it “as quickly as possible.”Biden first met with the Floyd family in June 2020 when he traveled to Houston to offer condolences ahead of George Floyd’s funeral. The President has spoken to members of the family on a few occasions over the past year, including a conversation last month with George Floyd’s brother, Philonise Floyd, after a jury convicted former Minneapolis police officer Derek Chauvin in the killing.

Psaki had said this week that the White House will commemorate the anniversary of Floyd’s death, telling reporters that “it was a moment that impacted millions of Americans and certainly the President on a personal level.”

Biden had set May 25 — the anniversary of George Floyd’s death — as his goal during his joint address to Congress in April, Psaki said, “because he feels it’s important to be bold, to be ambitious, and that’s exactly what he feels we’re hopefully working toward.”

But with the House entering a work period on Thursday and not returning to Washington until June, the passage of the George Floyd Justice in Policing Act is all but impossible ahead of that deadline. The Democrat-led chamber had passed the measure in March, but it was never passed by the Senate.

The legislation includes provisions to set up a national registry of police misconduct, a ban on racial and religious profiling by law enforcement and overhaul qualified immunity.

Earlier this week, one of the key sticking points that remained was Section 242, the federal law that sets the standard for criminally prosecuting police. Some progressive Democrats have balked at the idea of any compromise on key issues like Section 242 and qualified immunity.

CNN’s Betsy Klein and Maegan Vazquez contributed to this report.