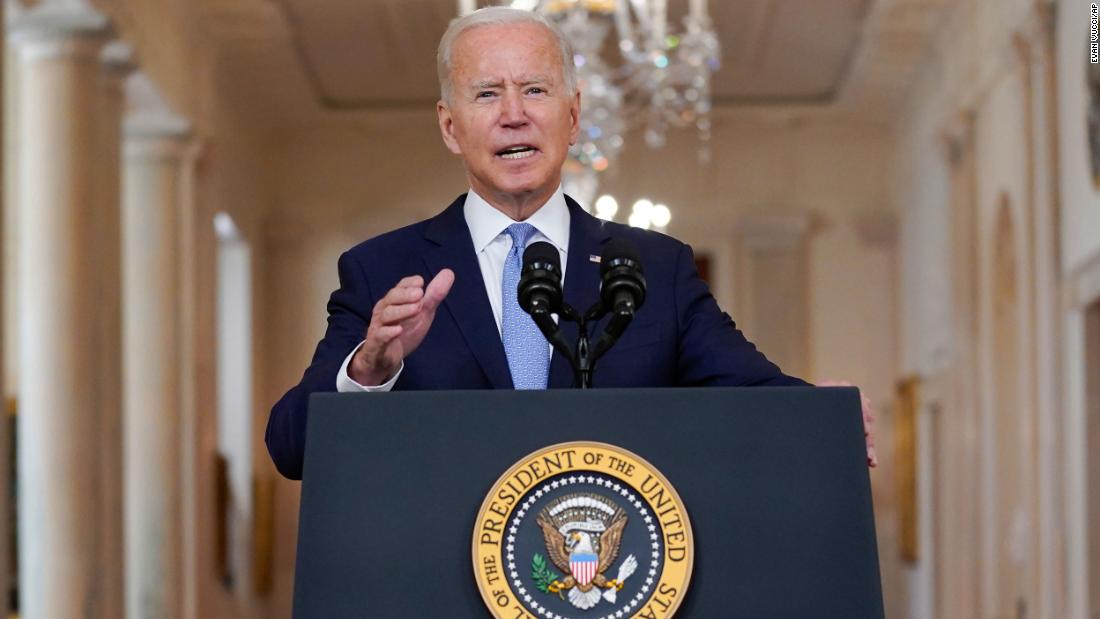 The US relied in part on overhead surveillance imagery to target the suspected ISIS-K fighters, according to two US officials.

The imagery showed the suspected ISIS-K fighters loading explosives into the trunk of a car, the officials told CNN. Intelligence assets tracked the vehicle for an extended period of time and saw it stop at multiple suspected ISIS-K locations, according to a third official, and by the time of the strike, the Pentagon had amassed enough other evidence to believe that the vehicle was headed for Hamid Karzai International Airport to launch an attack.

But the cost was high. The strike took place in a tight residential alleyway and appears to have killed at least 10 civilians — including children, according to their families, who spoke to CNN in the aftermath and have disputed that any of the slain were affiliated with ISIS-K. The Pentagon has defended the strike but have said it is now under investigation.

The detailed intelligence picture that officials say the military was able to build in the final hours leading up to the strike offer a window into how the US military has conducted counterterrorism operations in Afghanistan for years. But current and former officials say that with no US troops left on the ground, gathering intelligence is about to become infinitely more difficult.

Chairman of the Joint Chiefs of Staff Gen. Mark Milley and other officials who spoke privately to CNN called the strike “righteous” — military parlance for justified. Milley said that “at least one” of those killed was an ISIS-K facilitator and multiple sources told CNN that the strike was necessary to prevent an “imminent” threat to US troops helping evacuate thousands of Americans and Afghan refugees from Kabul amid the Taliban takeover of the country.

And two officials who had seen US surveillance imagery in the aftermath of the strike confirmed official statements that there were large secondary explosions, indicating the presence of the explosives in the vehicle trunk — which these officials suggested may have caused the deaths of the nearby civilians.

But some former intelligence officials who spoke to CNN on the condition of anonymity have questioned the high civilian death toll. For these former officials, the strike is evidence of a harsh new reality in which setting up the most accurate shot is far more challenging than it was when US surveillance and on-the-ground presence was more robust.

Ten civilian deaths is an “astronomically high” number, according to a US official with direct knowledge of the standards for a strike of this nature, who added that the military would have conducted collateral damage estimates beforehand.

“Had we cooperation with any local partner, we would have never fired a missile at the vehicle but tried to get to the drivers before they got in the car,” said one former intelligence official with knowledge of how these strikes are carried out. “That assumes we had intel on the car as opposed to the people, and maybe after it was already in route which leaves far fewer options.”

“There is an expectation that our technology will allow this offshore reach for insight and disruption which is just not how it’s going to play out,” the former official added. “We have to have eyes on the ground either by proxy or through [forces] and then a local partner to take action, other than require us to send in missiles or commandos.”

Biden has promised to continue US strikes on ISIS-K militants in Afghanistan, vowing to make them “pay” for the attack on Kabul airport last week that killed 13 US service members and scores of Afghans trying to flee the country.

But with the US backed Afghan government in exile and the Taliban now effectively in charge of the entire country, retaining visibility into terrorist groups like ISIS-K will be more difficult, current and former officials say.

Even though the US can continue to fly surveillance drones over Afghanistan, because they will be launched from Gulf countries, the drones will spend as much as 60 percent of their fly time just getting to and from Afghanistan, limiting the amount of coverage that they can provide inside the country.

That creates blind spots, multiple current and former officials said. And without a network of human sources that the United States built up over 20 years, intelligence and military officials might not know where to “task” the drones to look.

“You can have the most sophisticated air, but if you don’t have the information it doesn’t matter,” said one former intelligence official. “You have to know there’s a threat, then you have to know who is involved and identify them and say, ‘where are they going to be and when?'”

As a result, the Biden administration is grappling with whether some form of “loosely defined” diplomatic and counterterrorism relationship with the Taliban might be necessary.

The administration is now actively discussing—internally and with international allies—whether and how to open diplomatic relations with the Taliban, according to two other US officials. That decision will in turn impact the future of US counterterrorism operations in the country.

Over the last several days and weeks, officials have been weighing hard policy questions like whether to release funds to the Taliban and who might serve as the main interlocutor to a group that was once a sworn enemy of the United States. How much intelligence to share with the Taliban in an attempt to thwart terrorist attacks has been a subject of ongoing debate since the evacuation operation began, and continues to loom over the policy discussions, officials said.

Adding to the challenge is the fact that the administration believed it would have much more time to make these decisions.

For months, the Biden administration has been reviewing its policy for conducting drone strikes against terrorists in countries that are not active war zones. The drone strike review had been nearing completion, sources familiar with the process said, but the unexpectedly swift rise of the Taliban in Afghanistan has complicated matters.

While the Taliban agreed to coordinate safe passage for Americans and some Afghans to Kabul airport during the evacuation, the administration is not betting on the militant group becoming a reliable counterterrorism partner.

“It’s possible,” Milley said Wednesday when asked if the US will seek to coordinate strikes on ISIS-K with the Taliban going forward. But both he and Defense Secretary Lloyd Austin expressed deep skepticism, with Austin telling reporters that the limited coordination during the evacuation should not be seen as a model for the future.

“I would not make any leaps of logic to broader issues,” he said.

Even during the evacuation mission, the US kept the Taliban at arms’ length. While the US did share some intelligence with the militants to help thwart potential terrorist attacks on the airport, it was extremely limited in scope and offered only to ensure the safety of US troops, according to one US official.

The US also did not receive any usable intelligence from the Taliban, this person said, as the Pentagon and intelligence agencies conducted counterterrorism operations on the ground in Kabul to try to thwart potential attacks by ISIS-K.

The deal struck between former President Donald Trump’s administration and the Taliban in February 2020 required that in exchange for a US withdrawal, the Taliban would sever ties with al Qaeda and work to prevent Afghanistan from becoming a safe haven for it and other terrorist groups like ISIS-K to launch attacks against the United States. That agreement is now informing how the US is thinking about its future diplomatic and counterterrorism relationship with the group, according to a US official familiar with the ongoing deliberations.

Theoretically, both the US and the Taliban have an incentive to work together in certain instances to prevent terrorists from regrouping in Afghanistan. But current and former officials say the situation is much more complex and fluid in practice.

“We know already al Qaeda forces are essentially embedded with the Taliban and they were during the 20 years they were in exile,” President Donald Trump’s former national security adviser John Bolton told CNN. “You’re going to have a lot of foreign fighters coming back into Afghanistan whether they call themselves al Qaeda or ISIS or Taliban. It’s not like these people have membership cards.”

“People slide back and forth among the different organizations,” Bolton added. “So trusting the Taliban with sensitive information that’s not just interesting when you give it to them but shows sources and methods and potentially shows doctrine exposes us to more danger later. I think it’s a fool’s errand to think that you can work with the Taliban against ISIS-K.”

A US official countered that there is more of a distinction between the Taliban and ISIS-K than has been suggested by some critics. But regardless, the official acknowledged that ISIS-K is in a much stronger position now than it was prior to the US withdrawal.

“It’s much better to be an insurgent group against the Taliban than it is to be an insurgent group against the NATO, or an Afghan government backed by a NATO coalition,” the official told CNN. “So if you can also do that with the release of 1500 of your closest friends, ISIS-K is unconditionally in a better position, by leaps and bounds, than it could have been imagined even a year ago.