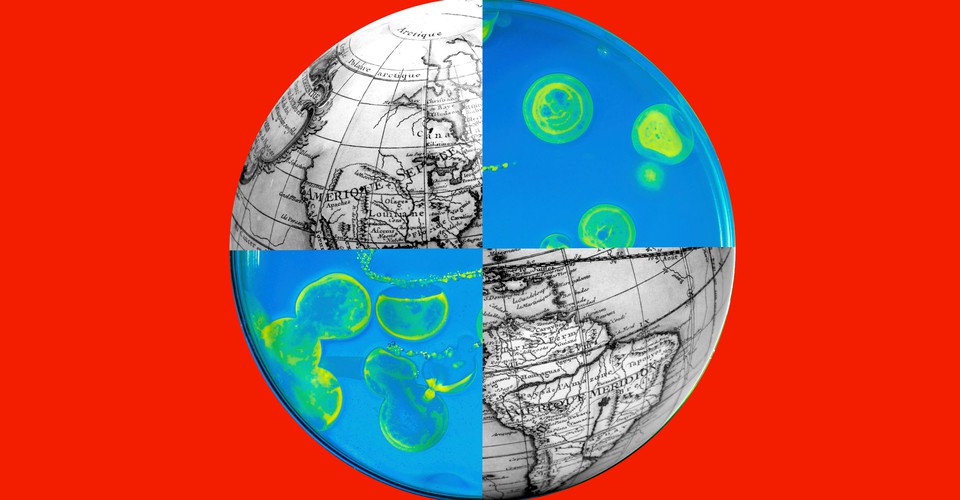 Despite this softening, the scientific community for the most part continued to emphatically reject the lab-origin theory. Past pandemics had started when a virus leaped from animals or birds to people, so why should this new coronavirus be any different? U.S. scientists were perhaps also influenced by their respect for their Chinese counterparts. While Chinese officials had tried to stifle the flow of information to the rest of the world, Chinese scientists had generally proved highly cooperative with their Western counterparts. When Chinese scientists cracked the virus’s genetic code early in January 2020, they promptly posted full results for all to read. That did not seem to most Western scientists to be the behavior of conspirators.

Karl Taro Greenfeld: We may never know the full story of COVID-19

When the Trump administration ended in January, even Pompeo’s State Department had to admit uncertainty in its final official statement about the coronavirus pandemic:

The U.S. government does not know exactly where, when, or how the COVID-19 virus—known as SARS-CoV-2—was transmitted initially to humans. We have not determined whether the outbreak began through contact with infected animals or was the result of an accident at a laboratory in Wuhan, China.

The virus could have emerged naturally from human contact with infected animals, spreading in a pattern consistent with a natural epidemic. Alternatively, a laboratory accident could resemble a natural outbreak if the initial exposure included only a few individuals and was compounded by asymptomatic infection. Scientists in China have researched animal-derived coronaviruses under conditions that increased the risk for accidental and potentially unwitting exposure.

Scientists can live with uncertainty. Politics abhors it.

Through 2021, advocates of the lab-escape theory have become more emphatic and explicit.

Trump’s former director of the CDC endorsed the lab-accident theory in March. “I am of the point of view that I still think the most likely etiology of this pathogen in Wuhan was from a laboratory, escaped,” Robert Redfield said in an interview on CNN. Refield acknowledged, however, that “other people don’t believe that. That’s fine. Science will eventually figure it out.” Through the spring, journalistic interest in the lab-escape theory jumped the barrier from the Fox News universe to more centrist media.

Then, earlier this month, the veteran science reporter Nicholas Wade published an argument for taking the laboratory-origin hypothesis seriously. Wade’s case was fortified by thick scientific detail and the prestige of his byline: He was for many years an eminent science reporter at Nature and The New York Times. And the article was spiced with an extra-exciting ingredient: It accused not only the Chinese state but also the U.S. scientific community of complicity in a cover-up.

If the case that SARS2 originated in a lab is so substantial, why isn’t this more widely known? As may now be obvious, there are many people who have reason not to talk about it. The list is led, of course, by the Chinese authorities. But virologists in the United States and Europe have no great interest in igniting a public debate about the gain-of-function experiments that their community has been pursuing for years …

The US government shares a strange common interest with the Chinese authorities: Neither is keen on drawing attention to the fact that Shi’s coronavirus work was funded by the US National Institutes of Health. One can imagine the behind-the-scenes conversation in which the Chinese government says, “If this research was so dangerous, why did you fund it, and on our territory too?” To which the US side might reply, “Looks like it was you who let it escape. But do we really need to have this discussion in public?”

Even better for the pro-Trump world, Wade extended his criticism to the mainstream media too:

To my knowledge, no major newspaper or television network has yet provided readers with an in-depth news story of the lab escape scenario, such as the one you have just read, although some have run brief editorials or opinion pieces … What accounts for the media’s apparent lack of curiosity?

The virologists’ omertà is one reason. Science reporters, unlike political reporters, have little innate skepticism of their sources’ motives; most see their role largely as purveying the wisdom of scientists to the unwashed masses. So when their sources won’t help, these journalists are at a loss.

Another reason, perhaps, is the migration of much of the media toward the left of the political spectrum. Because President Trump said the virus had escaped from a Wuhan lab, editors gave the idea little credence. They joined the virologists in regarding lab escape as a dismissible conspiracy theory.

If there is any group of people more disliked by Trump supporters than Chinese Communists, it is the U.S. scientific community. For months, scientists had irritated Trump supporters by not falling in line with the pro-Trump argument that the coronavirus was much exaggerated and no big deal.