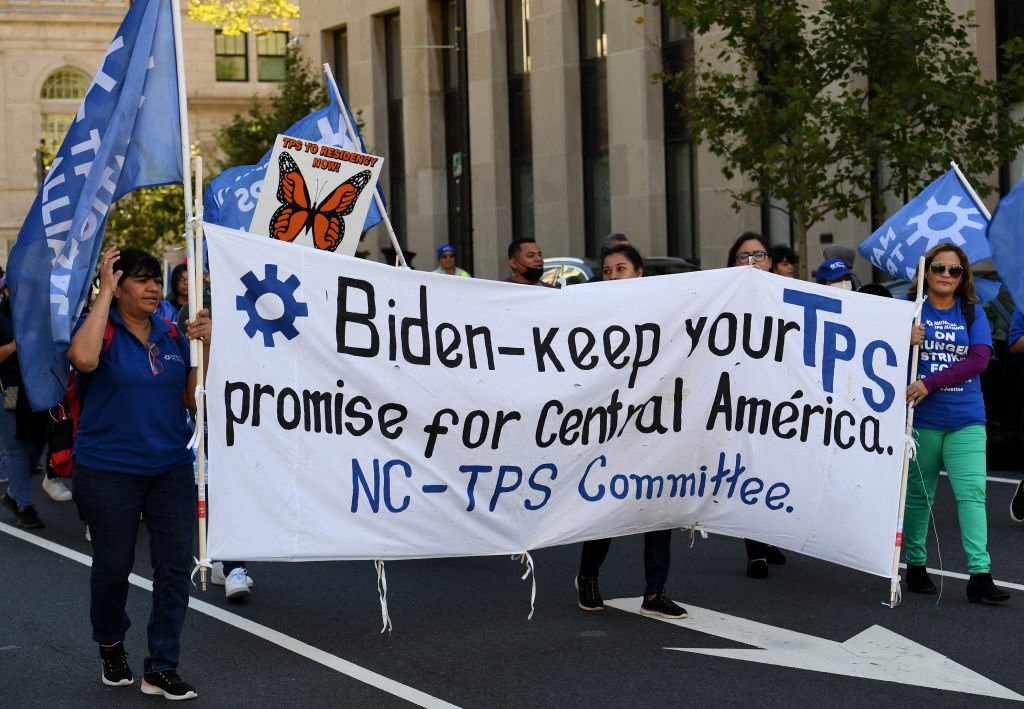 “He has the power and the legal authority to expand TPS,” said José Palma, a TPS recipient from Massachusetts who immigrated from Honduras more than 20 years ago and advocates for broader TPS protections.

“We feel that he should use it as an opportunity to say, ‘While we continue the conversation on finding a permanent solution, at least for people who are here, for people who qualify — we’re going to provide TPS.’”

The TPS program has not always enjoyed support from the White House. Former President Donald Trump attempted to terminate TPS status for roughly 400,000 people, but his efforts were frustrated in court.

“The Trump administration’s goal with the TPS program was to mostly shut it down,” said David Bier, associate director of immigration studies at the Cato Institute.