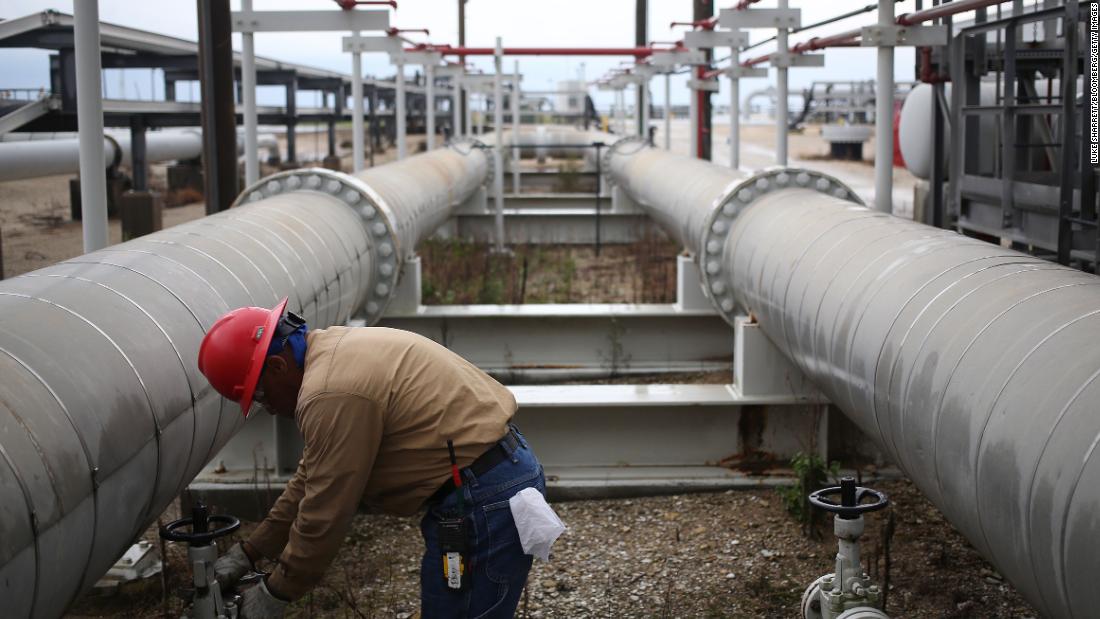 This would mark the first time since the early 2000s that the Energy Department has acquired large quantities of oil for the US Strategic Petroleum Reserve (SPR), the largest emergency supply of oil on the planet.

The Energy Department plans to announce the launch of the long-term buyback plan on Thursday to show officials are serious about eventually refilling the SPR, which has been drained by the war in Ukraine and sales mandated by Congress to raise revenue.

But that will take time. Delivery of the first tranche of 60 million barrels will take place in unspecified future years, the Energy Department official said, adding it will be paid for with revenue received from ongoing emergency sales.

The SPR serves as a vital national security and economic tool to buffer the United States from energy price spikes. Presidents have released oil from the SPR during times of war and after natural disasters. Reserves were already sitting at 20-year lows before President Joe Biden promised in late March to release a record-setting 180 million barrels of oil over six months to ease pressure on energy markets. The latest release amounts to a loss of one-third of the oil still left in the SPR.

The first tranche of purchases will cover only one-third of that 180-million-barrel-release.

The specific timing will be determined by expected market conditions, focusing on when oil prices and demand are forecasted to be significantly lower, the official said.

Of course, there is uncertainty over where prices and demand will go. The war in Ukraine highlights how unexpected events can have great impact on energy markets.

“As we are thoughtful and methodical in the decision to drawdown from our emergency reserve, we must be similarly strategic in replenishing the supply so that it stands ready to deliver on its mission to provide relief when needed most,” Energy Secretary Jennifer Granholm said in a statement.

Beyond trying to refill a vital rainy fund, the Biden administration hopes the buyback plan will encourage domestic oil production by guaranteeing a source of future demand.

The Energy Department plans to call for bids this fall that will specify the volume and type of crude oil that will be purchased for the SPR, the official said.

“Replenishing the reserve is absolutely the responsible thing to do. It shows they are serious about getting it back. That’s laudable,” said Bob McNally, who in the early 2000s oversaw the Energy Department’s efforts to replenish the SPR under former President George W. Bush.

Yet McNally, now president of consulting firm Rapidan Energy Partners, cautioned that the Biden administration’s efforts to buy back oil will only partially reverse the drawdown in the SPR’s size in recent years.

The buyback plan won’t impact congressionally mandated sales of oil from the SPR aimed at raising revenue to ease the federal deficit.

The Energy Department says those sales total as much as 265 million barrels between fiscal 2023 and fiscal 2031.

“Congress has been irresponsibly selling the SPR down,” McNally said. “Draining the reserve leaves the country and the world more vulnerable to geopolitical shocks.”