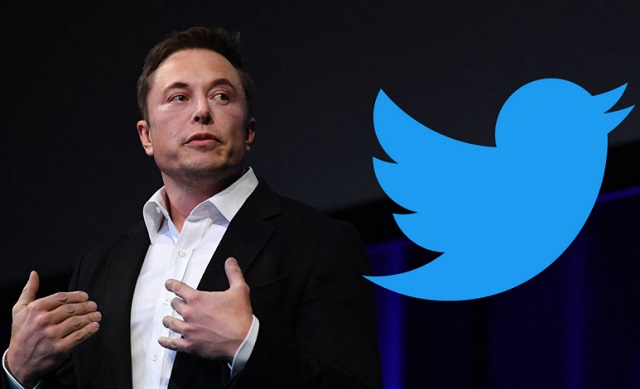 Beijing, China | Xinhua | After a series of “Twitter Files” over the weeks disclosing the U.S. government’s involvement in the social media company’s content moderation, the latest installment came as the fresh Twitter owner Elon Musk said Tuesday that the same is happening in “every social media company.”

He made the claims in a response to Matt Taibbi, one of the freelance journalists to whom Musk gave the files exclusively to delve into and publish excerpts and their findings on Twitter. Musk has not made the entire files public.

Long before the Twitter Files disclosure, U.S. security and intelligence departments have been accused of pressuring tech firms to manipulate public opinion by censoring content, blacklisting or whitelisting certain users and cultivating accounts for political aims.

As the massive files unfold how Twitter handled high-profile events, like the 2020 presidential election and the Jan. 6 Capitol riot, and the COVID-19 pandemic, the U.S. government agencies, not least the Federal Bureau of Investigation (FBI), the Department of Homeland Security (DHS), the Department of Defense and the Central Intelligence Agency, is reported to have long and deeply involved in Twitter’s content moderation.

Dubbing Twitter “the FBI subsidiary,” Taibbi said the FBI, with “constant and pervasive” contact with Twitter, gave the platform “a surprisingly high number” of requests to take action on “election misinformation,” even involving joke tweets from low-follower accounts.

The FBI also pushed Twitter to suppress a news story about the laptop of Hunter Biden, son of then presidential candidate Joe Biden, during the 2020 election by warning it could be part of a Russian trick, according to Michael Shellenberger, another journalist with access to the files.

In a statement in response to the disclosures, the FBI said, “it is unfortunate that conspiracy theorists and others are feeding the American public misinformation with the sole purpose of attempting to discredit the agency.”

In August, Facebook founder Mark Zuckerberg admitted in a podcast that weeks before the 2020 presidential election, Facebook had censored the Hunter Biden story after an FBI misinformation warning of “Russian propaganda.”

The interference may not be an incident, but a result of institutionalized government censorship. As an October report by U.S. news organization The Intercept has found, through “a formalized process,” government officials directly flag content on Facebook or Instagram, and request that it be throttled or suppressed.

In the coming years, the DHS plans to target information it deems “inaccurate” on topics including the origins of the COVID-19 pandemic, the efficacy of COVID-19 vaccines, racial justice, the U.S. withdrawal from Afghanistan and the U.S. support for Ukraine, the report said, citing a leaked draft copy of the DHS.

The “inaccuracy” identification, which is inherently subjective, may provide a broad opening for DHS officials to “make politically motivated determinations about what constitutes dangerous speech,” the authors said.

“Behind closed doors, and through pressure on private platforms, the U.S. government has used its power to try to shape online discourse,” said the report, which analyzed years of internal DHS documents.

The U.S. government has even nurtured accounts as part of its propaganda.

Research published in August by the Stanford Internet Observatory and Graphika, a social media analytics firm, has exposed years-long covert influence operations for promoting pro-Western narratives on social media platforms while opposing several other countries, with the role of the U.S. government under scrutiny.

The investigation revealed an interconnected web of accounts on Twitter, Facebook, Instagram, and five other social media platforms that “used deceptive tactics to promote pro-Western narratives in the Middle East and Central Asia.”

Lee Fang, another journalist with access to the Twitter Files, has found similar schemes. He said that Twitter worked with the Pentagon from 2017 to 2020 to promote Arab-language accounts to tilt public opinion in favor of U.S. policies.

Twitter offered approval and protection to the U.S. military’s network of social media accounts and online personas, “whitelisting” a batch of accounts at the request of the government, Fang said.

There is no immediate response from the Pentagon.

Back to the early 2000s, U.S. government agencies, particularly the DHS and the FBI, have been “in this business of arbitrating what is true and false,” Will Thibeau and Erin Dwinell, researchers with the Heritage Foundation, wrote in a November commentary titled “When government colludes with big tech to censor Americans.”

“However, today’s censorship and propaganda are growing at a rate we’ve never experienced before. Big tech gives our government the tools to be dangerously effective in their efforts,” they warned.