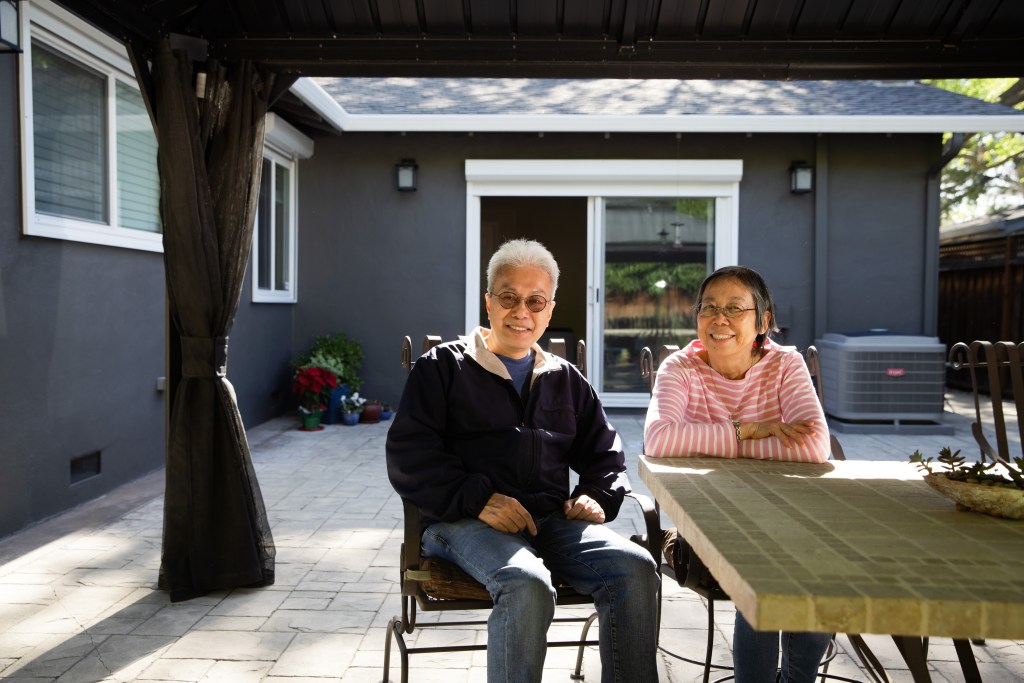 In Silicon Valley, matching a minister’s salary to a comfortable home with a spacious yard required a minor miracle. Months of searching, lost bids and over-extended budgets led to an all-out plea to his real estate agent and a gracious seller.

With those pleas, and another $300,000 added to his budget, Chiu landed a three-bedroom house in San Jose for $1.5 million, complete with a backyard patio and gazebo for faith gatherings. They didn’t have the highest bid, but, Chiu said, “We appealed to the seller.”

It worked, but not every would-be buyer is finding grace in the ultra-competitive Bay Area real estate market.

Driven by intense demand, low interest rates and few houses for sale, the median price in March of an existing single-family home in the Bay Area rose nearly 15% to $1.02 million, according to CoreLogic and DQNews data.

March marked the first year-over-year comparison during the pandemic, showing the dramatic rebound for sales and prices from the initial COVID-19 shutdown. The state prohibited agents from showing occupied homes and limited many real estate transactions beginning in March and April 2020.

The market has come roaring back, with prices climbing in all nine Bay Area counties. Less expensive outer suburbs and communities continued to see big increases. Median sales prices boomed 29% in Contra Costa County to $850,000, jumped nearly 13% in Solano County to $500,000, and rose 8.5% in Alameda County to $980,000, according to CoreLogic data.

High demand for single-family homes continued to drive prices in the region’s most expensive communities: In Santa Clara County, prices rose 9% to $1.45 million, San Mateo County was up 2.6% to $1.68 million, and San Francisco, up almost 2% to $1.6 million.

The Bay Area reflects the national trend of rising home prices during the pandemic, but at an extreme premium. The median price of a single-family home in the U.S. rose 21% in recent weeks to $348,000 in March, according to online broker Redfin.

CoreLogic economist Selma Hepp said the demand for suburban space and low interest rates hovering around 3% continue to fuel the market, but there are some signs of slowing down. San Francisco, for example, was one of just four markets in the U.S. to see overall home values, including condos, dip in March.

National surveys also show buyers are becoming frustrated with high prices and few homes for sale, she said. As the economy starts to reopen with increased community vaccinations, more homes should come up for sale. “There’s going to be more inventory,” Hepp said, “but I’m not sure there’s going to be enough inventory.”

With few homes for sale, buyers are bidding up prices, pitching pre-emptive offers and pledging to take homes “as-is” without comprehensive inspections or contingencies. Sellers have been able to negotiate free rent for weeks while they hunt for new homes.

Rao said the intense bidding has pushed some buyers out of the market – but many strong bidders still remain in Santa Clara County. Saratoga, Almaden Valley, Mountain View, Sunnyvale and Los Altos continue to command premium prices from tech families, he said.

COVID-19 restrictions and intense demand have meant buyers have often had to make snap decisions on a $3 million home after a 15-minute tour of a property, he said. Homes have been selling at a record pace – as little as a few days on the market – in some Bay Area hot spots.

Bridge Association of Realtors president Jeffrey Neidleman said many sellers are looking to the East Bay for bigger spaces. Young couples, often backed by their families, are moving to Alameda County from San Francisco or the Peninsula, he said. In the East Bay, he said, “at least you have a better chance” at getting a home. “You get land, too,” he said.

Saratoga agent Mark Wong helped Chiu find and purchase his home. Wong has seen desirable homes get as many as 40 offers. He said buyers need cash as well as a skilled negotiator on their side to win the competition. “It’s not a buyer’s market. It’s not a seller’s market,” Wong said. “It’s an agent’s market.”

Chiu and his wife, Lucia, returned to the Bay Area in 2019 after spending several years on missions through Lord’s Grace Christian Church in Asia. The couple sold their San Jose apartment to finance the down payment on the house. They’re still getting settled, but are happy to be closer to their three children and five grandchildren.

“We thank God,” said Chiu, a former semiconductor engineer. “He looked after us.”