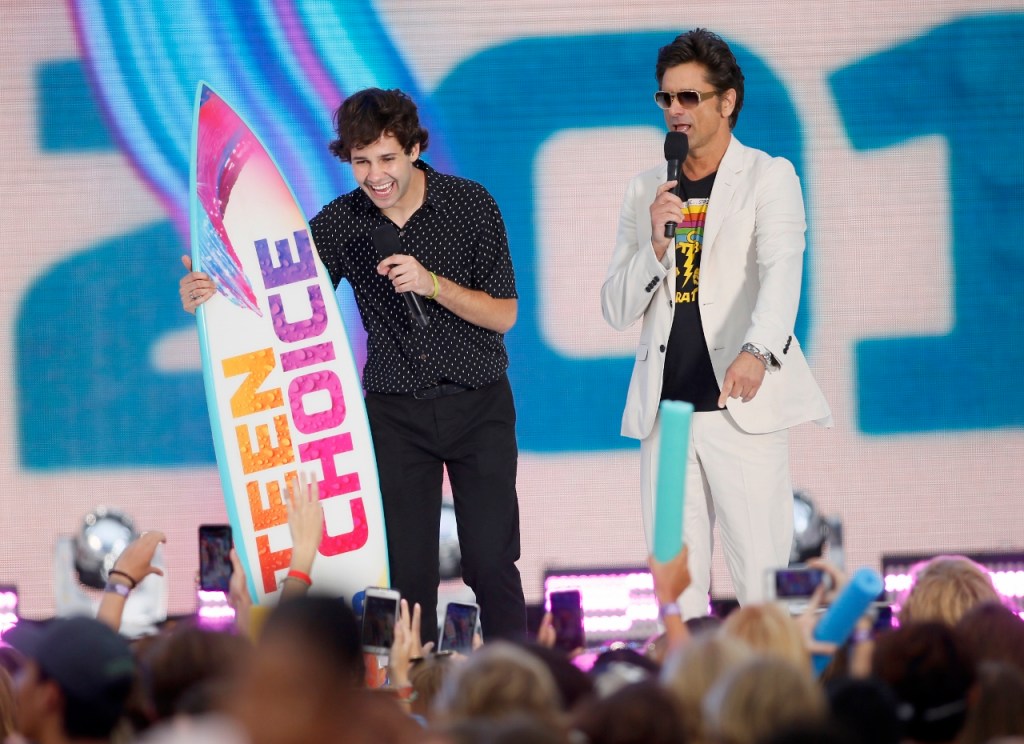 Seemingly frivolous internet stars like James Charles and David Dobrik play a significant role in our culture, especially since adults have better things to do than pay attention to TikTok star drama. Kids crave authenticity in an age of make-believe, and the informal and confessional nature of YouTube, TikTok and Twitter grants a degree of authenticity and attainability to social media celebrities that traditional stars lack.

This unprecedented level of “relatability” and the popularity of more candid content evidently plays a part in many YouTube success stories. Moreover, their content is completely free to watch any place, any time, for as long as we want. More than any other time in human history, we are surrounded by the cult of the celebrity. That comes with its dangers.

It emerged recently that 21-year-old James Charles, a beauty guru with over 25 million subscribers, sent sexually explicit images and messages to a 16-year-old boy. Charles denied knowledge of the fan’s age, which brings into question why he thought it was appropriate to exchange messages of such a nature with an unverified and evidently young user. The incident has largely gone ignored by Charles’ fanbase and the mainstream media, although fans with similar testimonies of his interactions with them have come to light.

Fellow beauty YouTuber (and one-time friend of James Charles) Jeffree Star’s list of indiscretions, including accusations of bullying and racism, perhaps rivals the rest of YouTube put together, but evidence of his paying “hush money” to silence accusations of sexual assault and his attempts to knowingly “flirt” with underage males re-emerged last year. It’s been largely disregarded by his loyal fanbase.

Just as concerning is the free pass given to YouTubers who directly promote such behavior in their content. Boston University student Yvonne Tang recently published an opinion piece in which she described how, as a young fan, she enjoyed a video in which Dobrik tricked fellow “vlogger” Seth Francois into intimately kissing Jason Nash, a man twice his age. Tang had realized as an adult that what she had been amused by as an impressionable teenager was a serious act of abuse.

Dobrik has received unprecedented backlash recently, after a Business Insider investigation (which Dobrik’s lawyers attempted to bar from publication) revealed new testimonies from those involved in a 2018 video in which Dobrik jokes about his roommate and colleague Dom Zeglaitis participating in sexual acts with two intoxicated women, now accusing Zeglaitis of rape. After weeks of accumulating scandal, Dobrik only published a video after lucrative sponsorships began to withdraw from partnerships with him. Many Dobrik “stans” took to the internet to praise his apology, despite the cynical timing. No doubt his dedicated fan base will continue to insulate his career once this scandal is forgotten about. But the real question is why the careers of so many of these highly problematic characters continue to thrive alongside consistent and credible accusations of abuse or the direct enabling of sexual and psychological abuse.

The tendency of our society to oversexualize teenagers, evident in plenty of music videos and photo shoots of child stars from the past few decades, and our treatment of them like “mini” adults, clearly plays a role.

There’s a clear distinction between the overzealous canceling of people for minor indiscretions or for holding respectable opinions that we may just as rightfully disagree with, and refusing to support known abusers. We need to ask ourselves whether we would tolerate certain behaviors from those we dislike, or from real-life friends and family? The answer should be a resounding “no.” And if so, why are we tolerating it from the people whose careers rely on our attention? It is high time that we acknowledge the potential menace of our uncritical consumption of internet stardom, and ensure our children (or future ones) do so too.