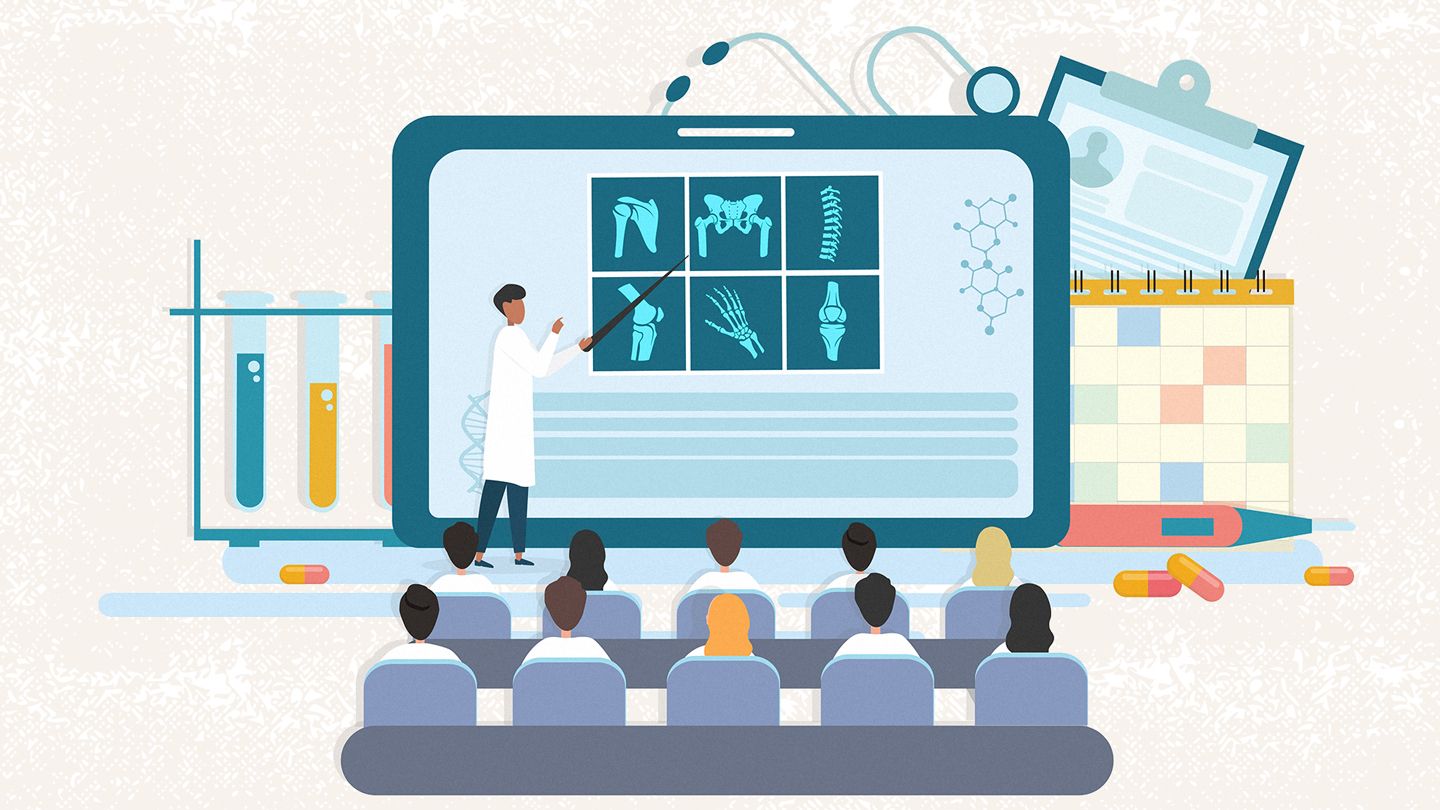 On June 1–4, EULAR (European Alliance of Associations for Rheumatology) held its annual congress to present the latest developments in rheumatology care. Held both virtually and on-site in Copenhagen, EULAR presented panels focused on advancements and discoveries about rheumatoid arthritis (RA), idiopathic arthritis (JIA) and ankylosing spondylitis (AS).

“The EULAR Congress is comprised of an extensive network of innovative minds working toward illustrating the latest scientific breakthroughs in clinical, translational, and basic sciences, discussing what is new in dedicated sessions, presenting data on how to treat rheumatic and musculoskeletal diseases, giving view to the transfer of results from bench to bedside, showing the practical aspects of our specialty in specific workshop discussions, offering debates, and, in essence, displaying the future of rheumatology,” said Dr. Annamaria Iagnocco, MD, EULAR’s president, in her opening remarks.

What’s new Olumiant (baricitinib) is a JAK1/2 selective inhibitor approved for the treatment of RA. A phase 3 trial published May 23 in the Annals of the Rheumatic Diseases conducted by researchers at the University of Bristol in England looked at the safety and efficacy of this drug in patients with JIA. The team found evidence that baricitinib reduced flare frequency of JIA in patients who had not responded well to conventional synthetic (cs) or biologic (b) disease-modifying antirheumatic drugs (DMARDs).

Research details The participants were 220 JIA patients ages over age 2 and under 18 who had not responded well in the past to cs- or bDMARDs. They were enrolled in a multicenter double-blind withdrawal study. There were three parts: a two-week pharmacokinetic/safety assessment, a 12-week open-label lead-in, and a 32-week double-blind withdrawal period.

Why it matters These findings give rheumatologists one more important weapon in the arsenal to combat a difficult disease, and gives hope to patients who don’t do well on standard protocol.

2. Doctors Should Address Impact of Rheumatic Diseases on Sexual Health

What’s new A new study, led by Carlos Valera-Ribera, MD, a physician in the rheumatology department at Doctor Peset University Hospital in Valencia, Spain, found that about half of patients with RA and 30 percent of those with psoriatic arthritis (PsA) reported some sexual dysfunction. Another study, led by R.A. Alvarez Santana at the Hospital Docente Padre Billini, in Santo Domingo, Dominican Republic, also discovered that people with RA “showed a high frequency of sexual dysfunction, observing greater dysfunction in females. In the population, the most affected global domain was arousal/excitement.” A third study, led by W. Tański of the department of internal diseases the 4th Military Teaching Hospital in Wrocław, Poland, on sexual dysfunction and quality of life in RA patients, concurred that “sexual dysfunction is a problem found both in women and in men with RA. The most common problems include lack of orgasm, vaginal dryness in women, and erectile dysfunction in men.”

The second study was a prospective observational cross-sectional study of a cohort of patients of the rheumatology service at Hospital Docente Padre Billini. Patients were interviewed in July 2021. Participants were over 18 years old, had a diagnosis of RA according to the ACR/EULAR 2010 classification criteria, and had had at least one sexual intercourse experience. The exclusion criteria were a previous diagnosis of another autoimmune disease, depression, diabetes, treatment with antidepressants, anti-epileptics, or narcotics.

The third study looked at 171 consecutive RA patients, with a median age of 48, who attended the rheumatology outpatient clinic over six months in 2021 and who were given standardized questionnaires: the Sexological Questionnaire to measure self-assessment of the incidence of sexual disorders, the WHOQOL-BREF to assess quality of life (QoL) level, and the Disease Acceptance Scale and VAS scale to assess pain intensity.

Why it matters Sexual health is often overlooked in rheumatic disease care even though there are ways to improve dysfunction, such as physical therapy. “Sexual health problems are highly prevalent in this population, for both physical and mental reasons. If these aren’t addressed the quality of life of a person with a rheumatic disease will suffer unnecessarily. The Changes in Sexual Functioning Questionnaire (CSFQ-14), that this study used, proves to be a good starting point in discussing this between physician and patient,” says Daniel Hernandez, MD, the director of medical affairs and Hispanic outreach at CreakyJoints.

What’s new Antimalarials (AM), often prescribed in tandem with synthetic DMARDs to treat RA, have been associated with lower rates of diabetes and better lipid profiles. A study done by the Brazilian Society of Rheumatology in São Paulo looked at how AMs worked with RA patients on biologic (b) or targeted synthetic (ts) DMARDS. The team concluded that “among RA patients on treatment with bDMARDs or tsDMARDs, concomitant use of antimalarials reduced the incidence of serious and total adverse events, including infections and hepatic adverse events, and prolonged treatment course survival. No significant increase in the risk of cardiovascular adverse events was observed.”

Research details BiobadaBrasil is a multicentric, registry-based cohort study of Brazilian patients with rheumatic diseases starting their first bDMARD or tsDMARD. The team recruited RA patients from January 2009 to October 2019, and followed up with them after up to six courses of treatment. This included 1,316 patients, which translated to 2,335 treatment courses.

Why it matters Antimalarials were associated with improved treatment course survival and reduced risk of interruption due to adverse events. This research opens a new avenue of treatment for RA patients on biologics or JK inhibitors. “This adds more data to the already existing ACR [American College of Rheumatology] guidelines, where hydroxychloroquine (AM) is conditionally recommended over other csDMARDs for DMARD-naïve patients with low disease activity because it was better tolerated and has a more favorable risk profile in patients with RA,” says Dr. Hernandez.

4. New Fatigue Fighter for People With AS

Why it matters The study concluded that “these results may help physicians better understand the speed and magnitude for fatigue benefit in patients receiving tofacitinib.”