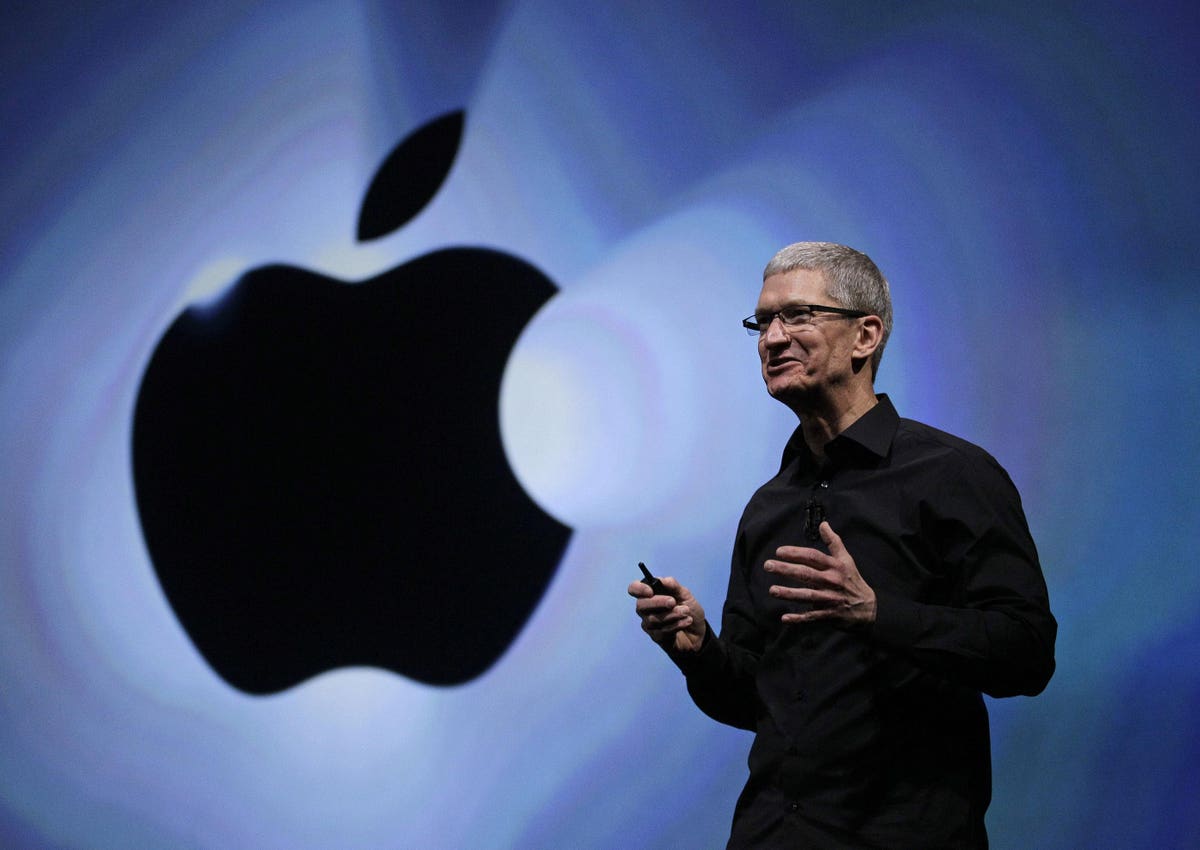 As corporate earnings from major companies continue to surge amid a rapid vaccination rollout and improving economic data, analysts think more stocks will continue to reward shareholders by raising or reinstating dividends, but disagree on the impact of potential tax hikes.

FILE – In this Wednesday, Sept. 12, 2012, file photo, Apple CEO Tim Cook speaks following an … [+] introduction of the new iPhone 5 in San Francisco. Apple is emerging as a gentler, cuddlier corporate citizen in the year after the death of CEO and co-founder Steve Jobs. CEO Tim Cook’s announcement that the company is moving a Mac production line to the U.S. is just the latest step in a charm offensive designed to soften Apple’s image. (AP Photo/Eric Risberg)

Apple, Johnson & Johnson, Chevron, Procter & Gamble were among the large U.S. companies that recently raised dividends, while Freeport-McMoran and L. Brands were among those that reinstated dividends, in some cases after a year-long hiatus.

Tony Zabiegala, chief operations officer and senior wealth advisor with Strategic Wealth Partners in Independence, Ohio, told Forbes that as the economy has “snapped back much quicker” than many companies expected, they have cash on hand to increase dividends.

Nolte also said that if President Biden increases the dividend tax rate for high earners – as part of his overall tax increase program to fund his infrastructure, education, child care projects – it is unlikely to impact company decision-making on dividends, noting that in the 1950s and 1960s, “taxes were much higher on dividends, and big companies pretty consistently paid and increased dividends back then.”

Pierce Crosby, general manager of trading platform TradingView, told Forbes that if a company’s business is improving and “they want to continue to offer an attractive investment opportunity through dividends, especially as interest rates are near zero, I see no reason why it would stop” paying or increasing dividends.

Dividends by U.S. companies were already rebounding even before the ongoing slew of blowout earnings reports. In the first quarter of 2021, dividend payments on common shares by companies in the S&P 500 index surged by $18 billion, marking an 89% jump from the fourth quarter of 2020, according to S&P Dow Jones Indices. In stark contrast, dividend payments by these companies had dropped during the early stages of pandemic of past year, plunging as much as by $42.5 billion in second quarter alone – the largest drop since the darkest days of the global financial crisis in the first quarter of 2009. Howard Silverblatt, senior index analyst at S&P Dow Jones Indices stated that given the accelerating vaccine schedule and business re-openings, “projections call for record profits in the second half of this year, which, if the virus does not re-emerge, could fuel the way for more companies to feel secure about starting and increasing dividends.”

“Companies that suspended their dividends have started to pay again, while others who decreased their dividends or left them unchanged in 2020 have resumed increasing payments,” stated Silverblatt of S&P. “The dollar amount of dividend increases in U.S. common stocks in [first quarter] 2021 was the largest since [first quarter] of 2012 as [dividend] reductions significantly declined in the quarter.”

But Zabiegala cautioned that if taxes on dividends are eventually raised, dividend-paying stocks may “look less attractive” to shareholders. “So, companies may look in other areas to help their stock price such as acquisitions or research and developments.” If dividend taxes are hiked, he adds, high new worth investors – who already pay 20% tax on dividends — might look to sell a portion of their dividend stocks and reallocate towards more growth stocks to make up for that lost income. “This would most likely create a sell off in dividend paying stocks,” he added. David Keator, managing director of Keator Group, a wealth management firm based in Lenox, Mass., told Forbes that investors see tax changes as a “slippery slope” and “we think they will see the $1 million threshold as fluid once any change has been enacted.” Keator added that his firm is already seeing investors “considering taking gains now and re-adjusting their cost basis in anticipation of a tax change.”

Although Nolte is optimistic about this year’s dividend outlook, he also noted that while some large corporations-like Facebook and Alphabet (which have never paid dividends) have huge cash piles on hand-it’s uncertain if they will choose to reward shareholders with such payouts. “They may choose to reinvest in their businesses or make acquisitions instead,” he said. “Consider Berkshire-Hathaway, which has also never paid a dividend, and are unlikely ever to since they feel they generate better rates of returns by reinvesting retained earnings in acquisitions.”

The Secret To 900% Returns With Safe Dividend Stocks (Forbes)