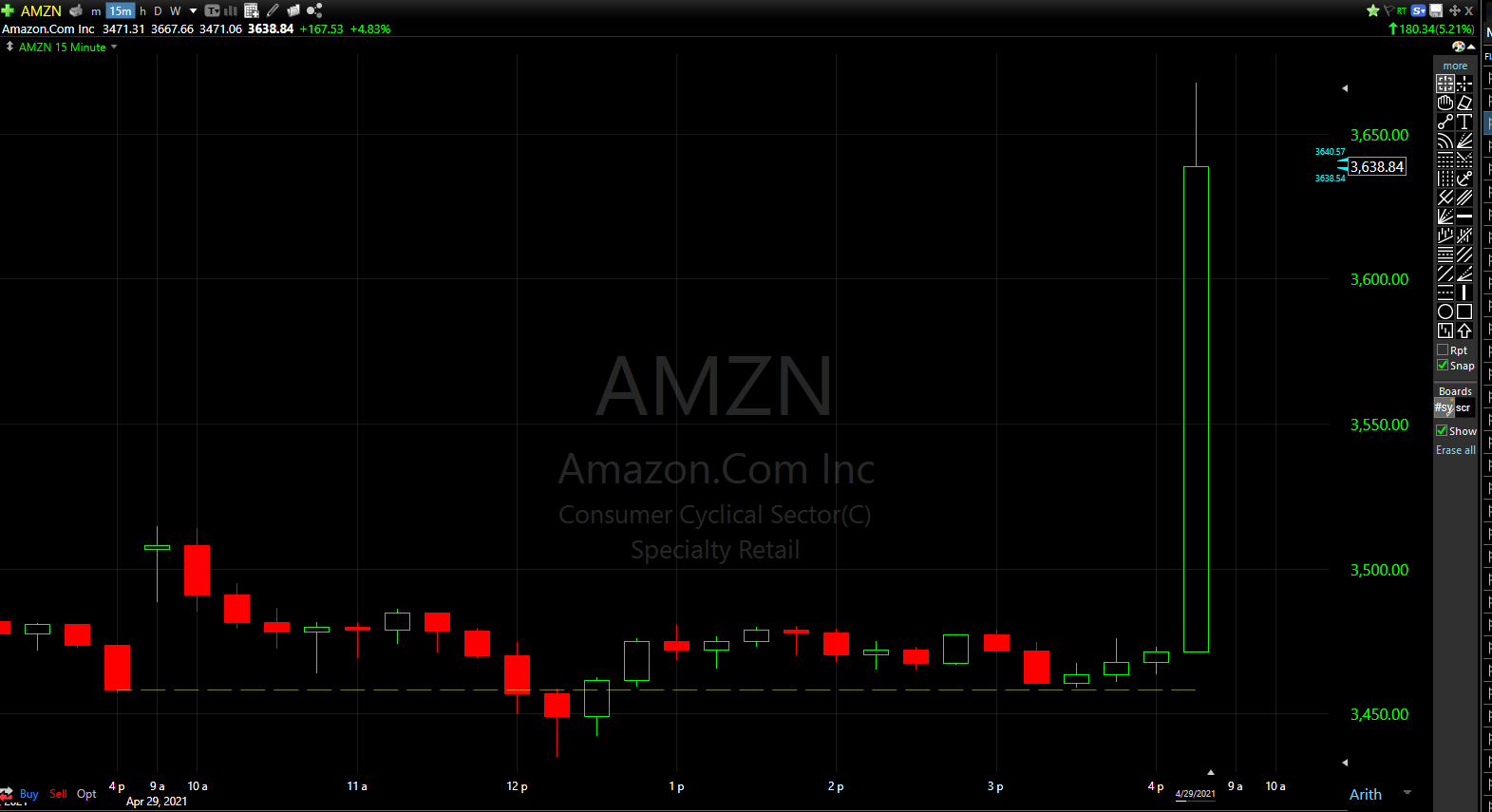 Everyone’s favorite Internet delivery company reported their earnings results today, and it appears that Amazon is still on fire. The company just reported $108.5 billion in Q1 2021 revenues, up 44% year over year. Net income came in at $15.79/share. Both of these numbers were way ahead of analyst expectations and even loftier whisper number expectations.

Amazon (AMZN) is up almost 200 bucks in afterhours trading.

“Two of our kids are now 10 and 15 years old—and after years of being nurtured, they’re growing up fast and coming into their own,” said Jeff Bezos, Amazon founder and CEO. “As Prime Video turns 10, over 175 million Prime members have streamed shows and movies in the past year, and streaming hours are up more than 70% year over year. Amazon Studios received a
record 12 Academy Award nominations and two wins. Upcoming originals include Tom Clancy’s Without Remorse, The Tomorrow War, The Underground Railroad, and much more. In just 15 years, AWS has become a $54 billion annual sales run rate business competing against the world’s largest technology companies, and its growth is accelerating—up 32% year over year. Companies from Airbnb to McDonald’s to Volkswagen come to AWS because we offer what is by far the broadest set of tools and services available, and we continue to invent relentlessly on their behalf. We love Prime Video and AWS, and we’re proud to have them in the family.”

Amazon (AMZN) shares have given up some of their intial afterhours pop from the news, but this is categorically great news for investors in the world’s most dominant online retailer. Amazon joins Apple, Google, Facebook, and Microsoft with another great earnings release. Not every stock has held onto gains, so traders and investors should keep an eye on the shares as the conference call kicks off this afternoon. Check out our video game and tech companies earnings release calendar to stay up to date on more financial news as it breaks.

Are you still shopping at Amazon? Did you buy shares of the company? Do you think Jeff Bezos is a jerk? Let us know in the comments section below.