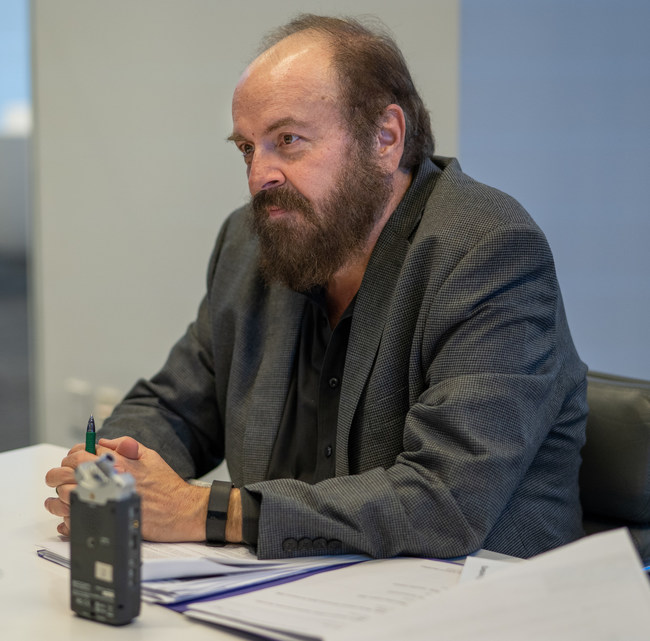 DENVER, May 3, 2021 /PRNewswire/ — To coincide with the 20th anniversary of the terrorist attacks on the World Trade Center and the Pentagon, TJFR Press announced the upcoming publication of “September Twelfth: Ground Zero on 9/11 with The Wall Street Journal.”

The book, by award-winning reporter Dean Rotbart, tells the dramatic behind-the-scenes account of how the traumatized staff of the Journal — business and financial journalists, not war correspondents — overcame their anguish and dislocation to cover the biggest news story of their lifetimes.

September Twelfth: Ground Zero on 9/11 with The Wall Street Journal

On Tuesday, September 11, 2001, The Wall Street Journal sustained a near-fatal blow when its main global newsroom was obliterated by fallout from the collapse of the Twin Towers.

Chaos reigned. Phone service was intermittent at best. For hours, it seemed certain that the paper’s dynamic managing editor, Paul E. Steiger, had been killed or seriously injured.

Like shards of shattered glass, Journal reporters and editors were strewn throughout the five boroughs, New Jersey and Connecticut. Some had their own, harrowing stories to tell: showered in ash, walking through blood-soaked streets littered with decapitated bodies, and eyewitnesses to the mortifying specter of men and women leaping to their deaths from the top of the towers.

Who was in charge? What were they supposed to do? Without offices or computers and unable to locate one another, how could they possibly get a paper out the next day? Was that even a reasonable priority, given the immeasurable human disaster that was unfolding in their midst?

“September Twelfth” recounts the extraordinary efforts of the Journal’s staff to report, write, print, and deliver a newspaper the morning after. Jettisoning their ordinary responsibilities, employees stepped up — often without being asked — to fill whatever voids in newsgathering and production arose.

Author Rotbart draws on a large, previously unpublished cache of internal emails and related documents — as well as interviews with dozens of core members of the Journal’s 9/11 editorial and production teams — to chronicle the tense, hour-by-hour struggle of Journal reporters and editors to regroup and find a way to deliver a newspaper on September 12.

For the first time in its 112-year history, the Journal was awarded a Pulitzer Prize in Breaking News Reporting “for its comprehensive and insightful coverage, executed under the most difficult circumstances…”

“September Twelfth” is the tale of journalism at its finest. But it is also a universal and timeless comeback story offering models of courage, determination, and resurrection.

TJFR Press will release “September Twelfth” for retail sales in early August 2021. The book will be available in softcover, hardcover, and as an e-book.

Rotbart, founding editor-in-chief of the newsletter, formerly worked as a reporter and columnist for The Wall Street Journal, which nominated him for a Pulitzer Prize in Explanatory Reporting. Along with his wife, Talya, he is the author of two books.