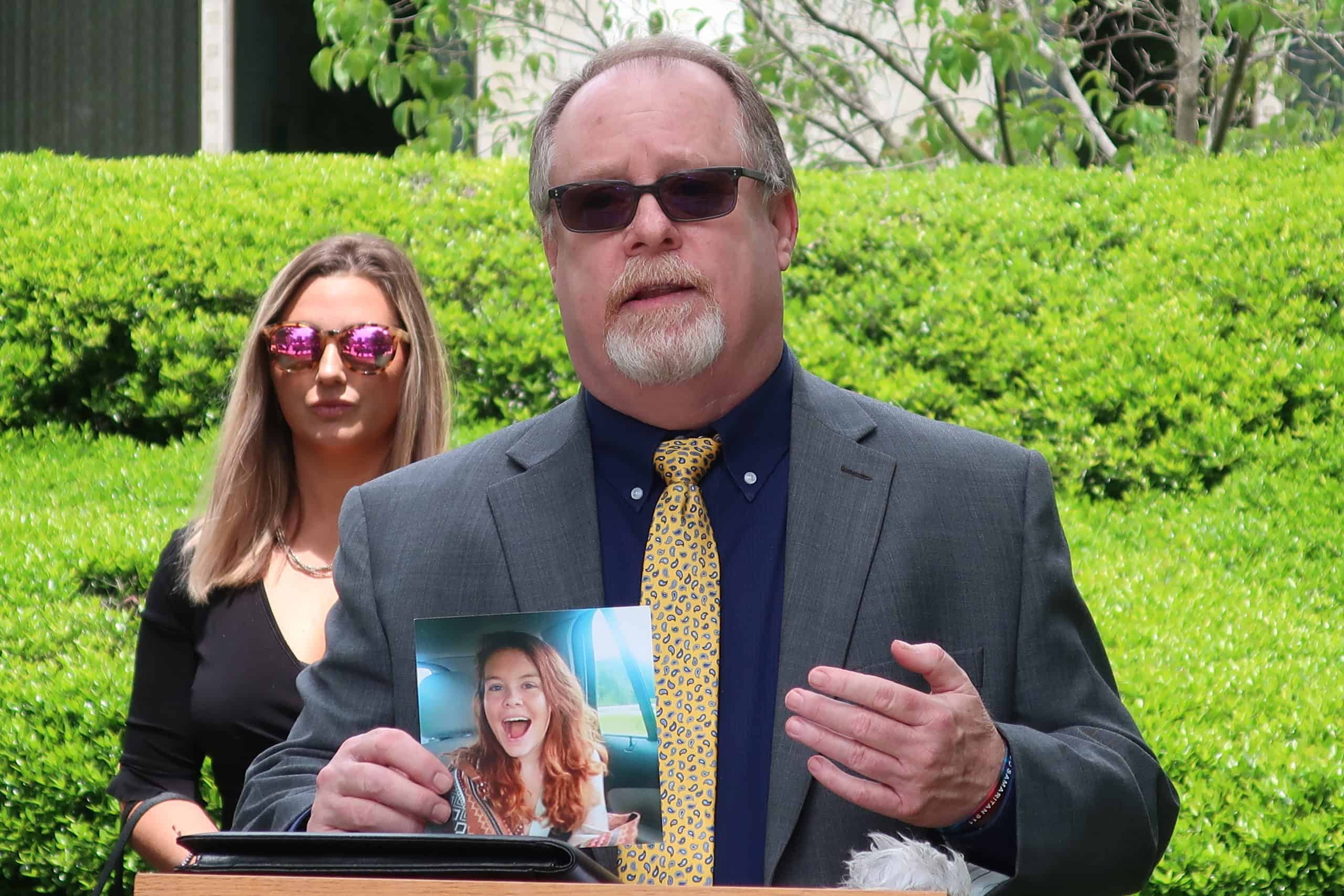 Members of five families, united in grief from a common experience, made a heartbreaking trek to Raleigh on Tuesday to talk to their legislators.

Their common experience is one that no family should have to endure – the loss of a beloved child. What’s worse for these families is knowing that someone had been with their son or daughter as they neared death. In each case, their friends ran away, fearful of getting into trouble because their friend had overdosed on an opioid or because they all were drinking alcohol under the legal age and Boone had passed out.

“The kids knew, but they really just didn’t want to get him into trouble,” said Julie Cummins, mother of Boone Cummins who died in July 2017.

Boone, 18 at the time, was with friends at Sugar Lake, an old quarry near Pittsboro when he passed out after taking Xanax and drinking. His friends left him behind.

“They were texting and they were Snapchatting,” Boone’s mom said, her eyes filling up with tears as she spoke. “And there’s a big record of how many people knew where he was, how messed up he was, and they just kept saying, ‘just pass out, go to sleep, just pass out and go to sleep, you know.’ And he ended up, he ended up passing out and, and drowning.”

Boone’s body was found at the bottom of the lake several days later. He’d drowned after likely stumbling into the water and being too impaired to save himself.

Cummins and the other family members standing in front of the legislative building on Jones St. in Raleigh want lawmakers to reduce the potential penalties for someone who might call emergency services to assist someone who has overdosed.

Currently, the law reads that a person who’s with someone who has overdosed cannot be prosecuted for calling for help. But the “Good Samaritan” could still potentially be arrested or charged for possession of illegal drugs or alcohol in the process of rendering help.

A new bill would reduce the fear people have of getting in trouble for doing the right thing by calling 911.

“There can’t be any question when people are together and someone overdoses of whether or not they should dial 911,” said Randy Abbott, whose daughter Vanessa was 24 years old in 2015 when she overdosed while at a party. Her friends panicked.

“We know they panicked, and we know the things that happened when they panicked, like getting stuff out of the house, putting it in her car, lots of different things that the detectives were able to figure out,” Abbott said. “But they didn’t dial 911.”

North Carolina passed its first harm reduction Good Samaritan law in 2013, when lawmakers approved a law to permit people who are “acting in good faith” to seek medical help for someone who is overdosing without fear of being prosecuted for possessing small amounts of drugs. That Good Samaritan law also made it possible to distribute naloxone, a drug that can be used to reverse an opioid overdose.

But police can still collect evidence at the scene to help with the prosecution of “other crimes” possibly committed by the caller. Those crimes could include possession of more than a gram of illegal drugs on the assumption that possession means there was an intent to sell. And police could also still arrest and charge someone who is with an overdosing friend if they found enough evidence.

“If people fear that they’re still going to be arrested, the idea that they’re protected from prosecution doesn’t necessarily feel all that helpful,” said Lee Storrow, head of the North Carolina AIDS Action Network.

Other states, including Southern states, have streamlined their Good Samaritan laws, protecting everyone at the scene from arrest, charges and prosecution in an effort to simplify the messaging and save lives.

This bill would still allow for prosecution of people who intend to distribute illegal drugs, Storrow said, and the language was crafted so that the state district attorneys’ association has no objection to the bill in its current form.

Storrow says that nonetheless, the current bill is too confusing, the risk of arrest and prosecution is too great and people are still too afraid to make the call.

That’s why Bridget O’Donnell, younger sister of Sean O’Donnell who drank too much and drowned in the same quarry as Boone Cummins only weeks before, has started speaking at local high schools to let kids know to do the right thing.

“We’ll have the sheriff tell us that kids said they heard our speech,” she said. “That’s how they knew about the law.”

“Public health leaders and criminal justice leaders have wanted to be able to educate about the law and they just feel like our current law is too complicated,” Storrow said. “They want to be able to say ‘Right, if you are with someone who overdoses call 911, and you’ll be protected from arrest, charging and prosecuting.’”

Since the passage of that 2013 bill, the North Carolina Harm Reduction Coalition has tracked thousands of “saves,” where someone called for help in time to save the life of someone who had taken too much.

But even with the Good Samaritan bill and increased naloxone distribution, North Carolina has seen a steady increase in the number of overdose deaths over the past decade. The arrival of the potent opioid fentanyl, which is often laced into heroin and other drugs, has made it easier to overdose.

“Fentanyl wasn’t even on the radar when the law was written,” Storrow said.

Overdose rates had started to level off in 2019, but during the pandemic those numbers ticked up again. Preliminary state data from 2020 shows a 23 percent increase in overdose-related emergency room visits over the previous year.

In 2020, the harm reduction coalition distributed 25,062 naloxone kits across the state. And according to coalition executive director Jesse Bennett, there were 3,241 successful overdose reversals and 30 unsuccessful attempts reported to the coalition over the course of the year.

Time is short for the bill, though. It took weeks of negotiating and work to get it into shape for introduction and now needs to get passed through the House floor before a parliamentary deadline of midnight Thursday.

On Tuesday evening, Several Republican lawmakers expressed pessimism there was time to get it into shape to be agreeable to leadership.

“We knew this bill had a tight time frame with being introduced so close to the crossover deadline,” Storrow said. “Even if it doesn’t make crossover, we’ll explore other options to pass it this session.”