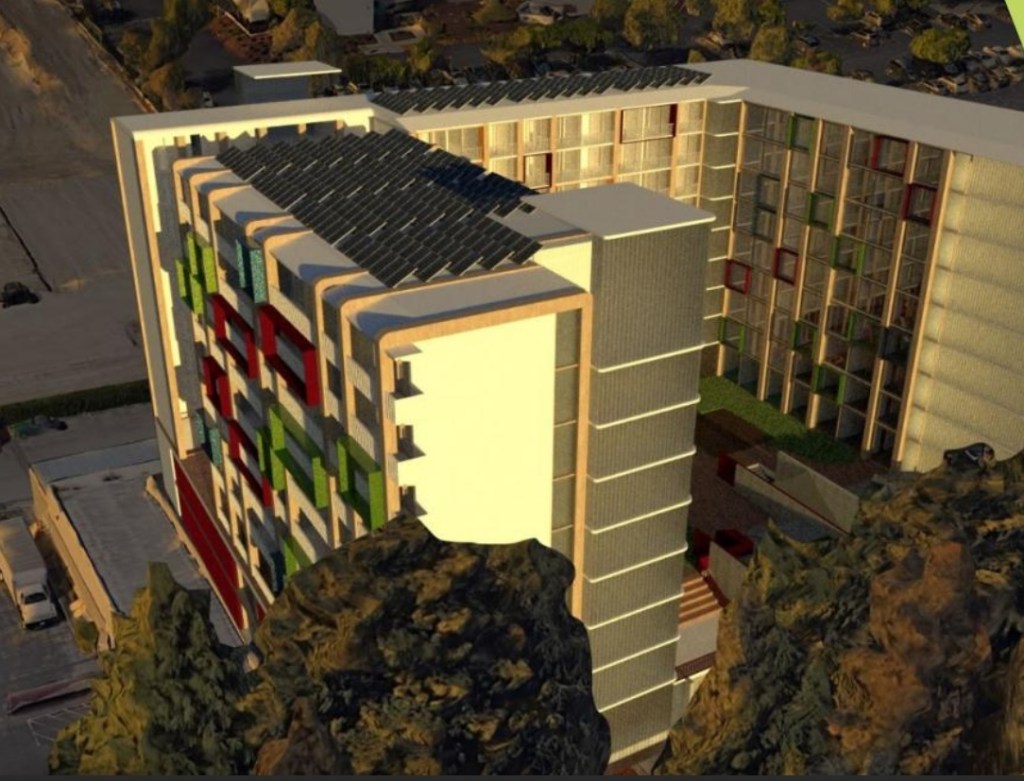 SUNNYVALE — A low-slung building where hundreds of homes could sprout in Sunnyvale in the middle of one of that city’s tech hubs has been bought by a developer of affordable housing.

Mid-Pen Housing, an affordable housing developer that traces its roots to Stanford University and Silicon Valley entrepreneurs, has bought a site near offices of major tech companies, as well as some smaller players.

The developers are planning to build 220 units of housing on the parcel after the existing building, currently occupied by electronics repair firm Tec-Star Industries, is demolished and the parcel is cleared off.

The new housing is slated to appear in two buildings on the site that would adjoin a large courtyard, according to a proposal prepared by Stanford Future Bay Initiative, a group of researchers supported by Stanford University.

“We have designed two separately financed buildings,” according to the proposal.

The larger of the two buildings would be marketed to families and survivors of domestic abuse. The units typically would be two- and three-bedroom apartments.

The smaller building would be geared towards formerly homeless seniors and feature studios and one-bedroom units.

The lack of affordable housing in the region is the key driver of the proposed project.