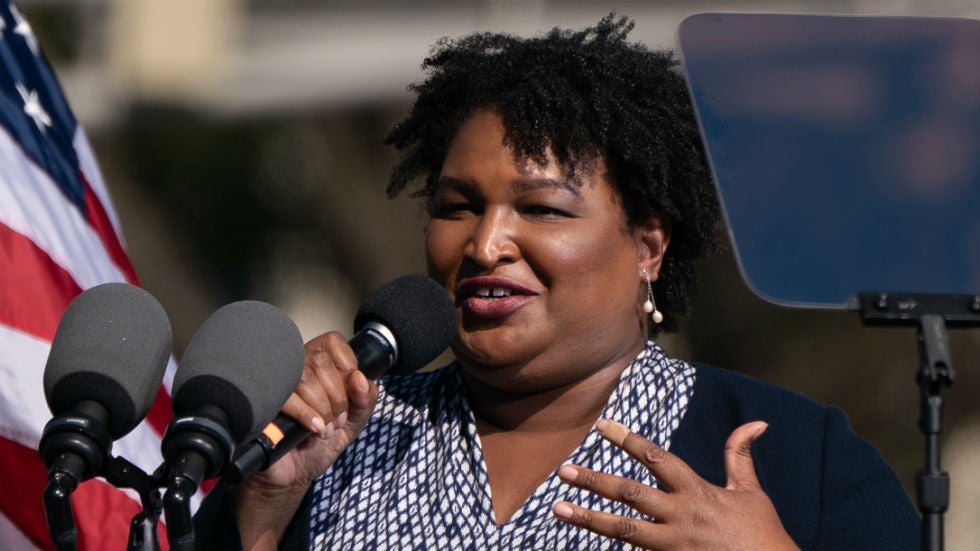 Georgia gubernatorial candidate Stacey Abrams (D) invited President Biden and Vice President Harris to join her on the campaign trail during an appearance on MSNBC on Sunday.

Host Symone Sanders, who previously served as a senior adviser to Harris, asked Abrams whether White House support could be expected in her battle against Gov. Brian Kemp (R).

Abrams, who won her party’s nomination late last month after facing no challenger, said she would welcome their appearance.

“We invite anyone who wants to see Georgia move forward to come here, and that means President Joe Biden and Vice President Kamala Harris,” Abrams said. “But what we’re talking about are the needs of the state of Georgia.”

The Hill has reached out to the White House for comment.

The Abrams-Kemp election is a rematch from 2018, when Kemp narrowly won.

Jan. 6 committee promises to zero in on Trump’s ‘dereliction of duty’

Kemp easily fended off a primary challenge by former Sen. David Perdue (R-Ga.), who was endorsed by former President Trump.

After losing to Kemp almost four years ago, Abrams and a team of grassroots organizations registered more than 800,000 voters in 2020. Biden won the state by nearly 12,000 votes, and Democrats flipped both of Georgia’s senate seats in a runoff election weeks later.

Abrams is hoping to win the governor’s mansion in November on a platform that includes combating voter suppression and expanding affordable housing.