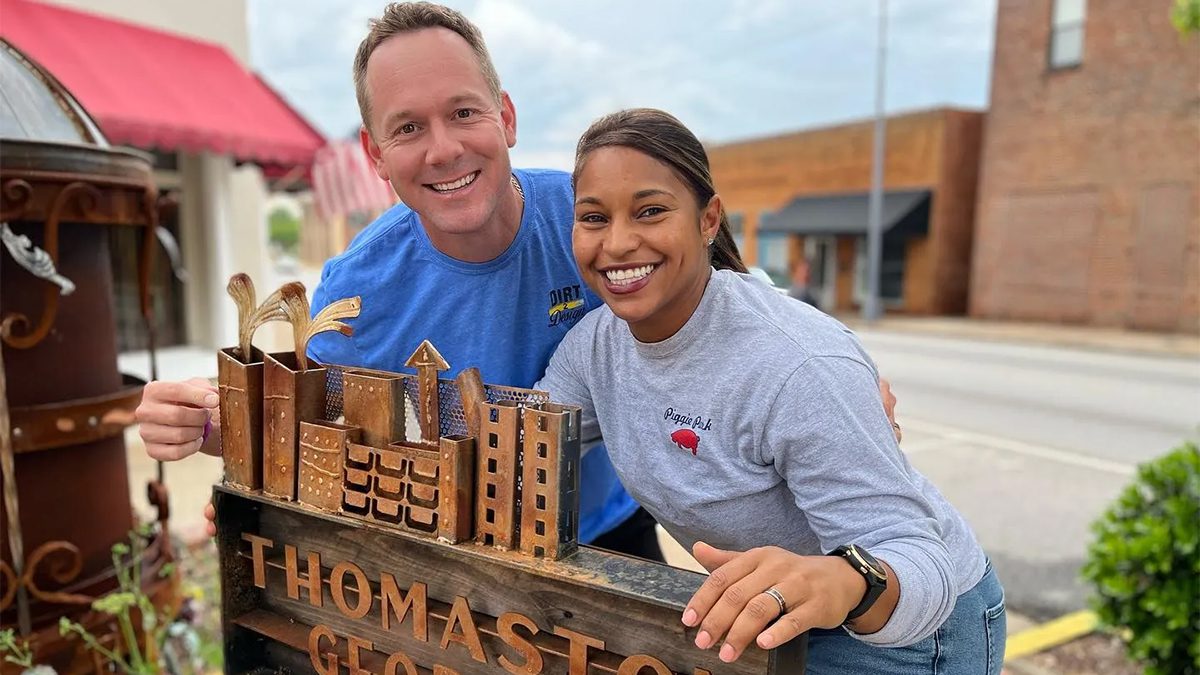 Mika and Brian Kleinschmidt are on a roll!

Not only did the married HGTV stars of “100 Day Dream Home” recently wrap up the third season of their popular series, but they also helped out on Erin and Ben Napier‘s show “Home Town Kickstart,” where they traveled to Thomaston, GA, to upgrade a couple of storefronts and a basement apartment.

The Kleinschmidts are based in Tampa, FL, and HGTV fans have watched the talented pair create gorgeous custom dream homes in this sunny city in just 100 days or less on their show. Mika is the real estate guru, and Brian brings his developer background to the team.

Mika and Brian’s building approach and fun vibe have garnered a legendary fan base, with nearly 24 million viewers tuning in to their second season. And “100 Day Dream Home” was ranked the No. 1 cable program in its time slot. So, is there anything these two can’t do?

Of course, Mika and Brian are regular folks who wash dishes, take out the trash, and participate in community theater! To help you get a better picture of these HGTV sweethearts, here are a few fun facts.

1. The couple met in high school

They’ve known each other a long time—since their teenage days in high school—but they went their separate ways after graduation. It took a decade of being apart before they finally reconnected and tied the knot in 2015.

2. The couple started in the gym business

Mika and Brian were working in a completely different field before they were discovered and made it to the big time on HGTV. Brian shared in a recent interview that the couple had first owned a gym together. When they sold it for a profit, they moved into the real estate business—and never looked back.

3. Mika and Brian have a cute pup

Mika and Brian have a sweet doggo at their house. Meet Bear, a little Lhasa apso who appears in many an Instagram post and gets a ton of likes just by being his own adorable self.

4. And they have a teenager, too

Mika’s daughter, Jade, is 13, and she’s being raised by her mom and Brian. And judging from this photo gallery, she’s the light of the couple’s lives.

It’s one thing to like music and play it while you’re at work. But it’s quite another to solicit original tunes for the next season of a hit show on HGTV. Mika and Brian did exactly that. They knew they wanted a theme song to accompany their new episodes—though they didn’t stop at just one.

Instead, they broadcast a new music campaign across their social media channels and came up with 10 different theme songs, written and composed to go with each show this season.

The premise of “100 Day Dream Home” is to complete a fabulous house in this time frame, which, in itself, is rather amazing seeing as most homes take at least six to eight months to build. Plus, with the latest supply chain delays, some folks have to wait more than a year for appliances, tile, and other items to arrive so they can move in.

But if you think 100 days is crazy, we just learned that the couple actually built a house even faster than that. Before the Kleinschmidts were big HGTV stars, they once built a home from start to finish in just 63 days!

On their HGTV shows, there’s pressure on Mika and Brian to complete their projects in the allotted time frame—and so far, they’ve finished each home on schedule. Mika credits this success to a ton of preplanning and getting the homeowners they work with to quickly pick out all of the interior finishes that can make a build drag on (like flooring, cabinets, tile, and more).

8. Brian (and his mom!) sing in musicals

As part of the Manatee Players, a performing arts group in Bradenton, FL, Brian and his mom were recently on stage in “Titanic: the Musical.” A review called the show “soaring and powerful,” and Brian’s role as a stoker on the doomed luxury liner was cited in the writeup as “outstanding.”

Singing is a big part of the Kleinschmidt family’s background as Brian’s mom, Ellen Kleinschmidt, is a retired elementary school music teacher.