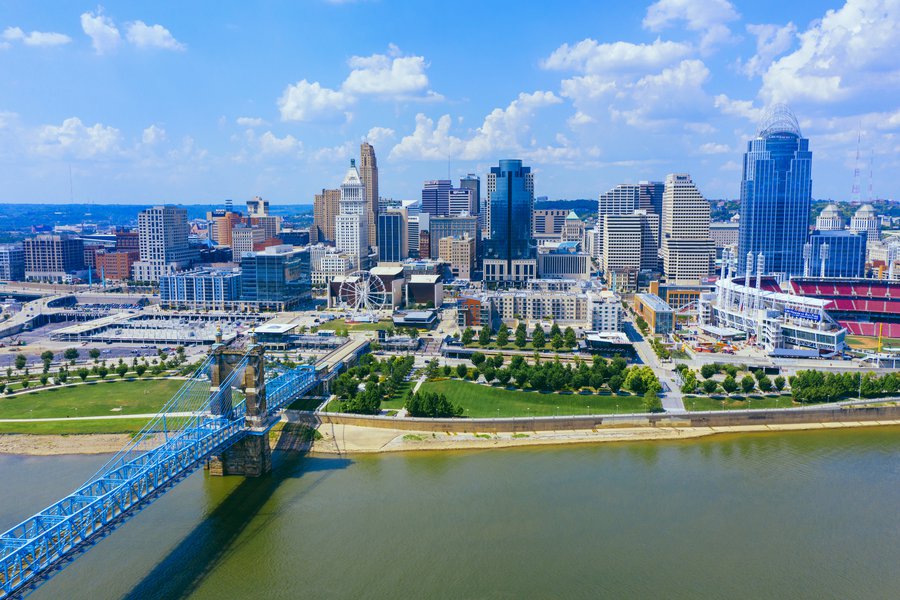 Note: Our market forecast includes Cincinnati data and data from its surroundings, including the states of Kentucky and Indiana.

Cincinnati was settled in 1788 and for much of the 19th century was considered a boomtown. The city’s early industry was in trade via freight shipping, thanks to its location near the Erie Canal. In the late 19th century, Cincinnati earned the nickname “Paris of America” because of its complex and beautiful architecture, as seen in such buildings as the Music Hall and the Cincinnatian Hotel.

Today, Cincinnati is an urban hub with a diverse population and economy. The city is home to a number of Fortune 500 headquarters and serves as the location of many regional offices of national corporations. Ohio is a big college state, and a number of top public and private institutions are located in the Cincinnati area, including University of Cincinnati and Xavier University. The city is also a hub of art and culture, with the Cincinnati Art Museum being one of the oldest museums in the country. Cincinnati’s central location in the Midwest is accessible within a day’s drive of nearly half of the rest of the country.

Whether you call it Cincy, the ‘Nati, or any other nickname it has picked up along the way in its rich history, here’s what investors need to know about the Cincinnati real estate market.

The state of the market

The cost of living in Cincinnati is lower elsewhere in the nation, and it’s also lower than other towns in the rest of the Buckeye State. Here are some other real estate trends to watch out for in this hot Midwestern market:

Let’s take a look at the factors that are behind these and other trends in the Cincinnati housing market.

All data and charts supplied by Housing Tides by EnergyLogic.

Like many other urban areas, the Cincinnati region was impacted by the pandemic. Still, the city’s housing market remains affordable, thanks to median home prices and rents that are well below the national average.

Although Cincinnati’s workforce has been on the road to recovery since the pandemic, unemployment is still at 5.1%, which is a 1.0% year-over-year increase. Unemployment peaked at 13.6 percent at the start of the pandemic, but now the city’s jobless rate sits a bit lower than the national rate.