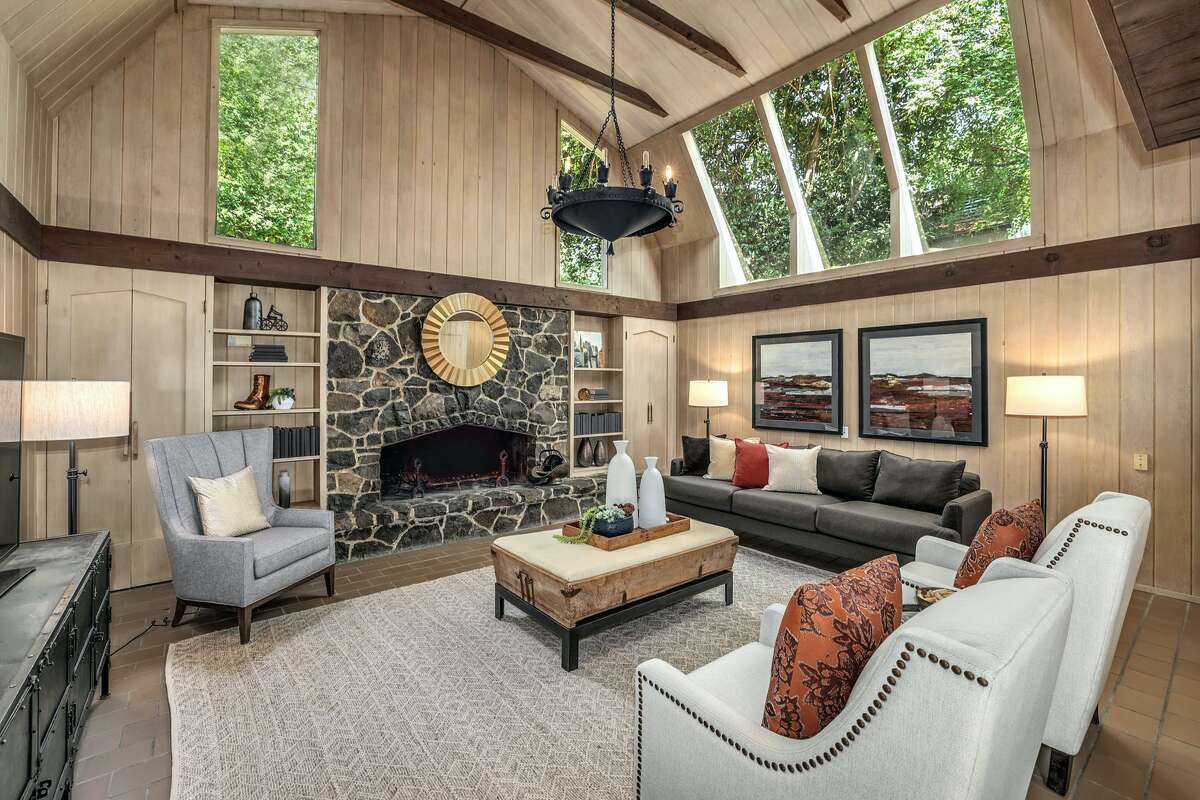 On almost half an acre, with city and Elliott Bay views that stretch on forever

The castle-like Tudor offers a huge patio for taking in the setting and views.

Built with monarchical lines of a British Tudor, this stunning abode perched over Seattle’s Elliott Bay was built in 1900. You could be the next to call the castle-like 1706 Magnolia Way West your kingdom, for $2 million.

The home is impressive on many levels, its size being one: there are 4,290 square feet here, with four bedrooms and four bathrooms. The opulence of the original design lives on in the ornate fireplaces, massive exposed beams, wood floors and paneled walls, peaked ceilings, and stone and brick accents.

But along with that 121-year-old architecture is something more modern, an addition created by Seattle’s own Ralph Anderson. Anderson, both a modernist and a preservationist, is credited (among other achievements) with working on the restoration of Seattle’s Pioneer Square neighborhood as well as along First Avenue in the Pike Place Market Historical District. His work appears all over Washington, including in the newer wing of this house.

The home’s setting is similarly magnificent. It sits on .41 acres in Seattle’s Magnolia neighborhood, is adjacent to the Magnolia Greenbelt, and is a short trip to Smith Cove Park and the downtown waterfront. Views are of Elliott Bay, the city skyline, and the mountains beyond.

See it for yourself by scrolling down. 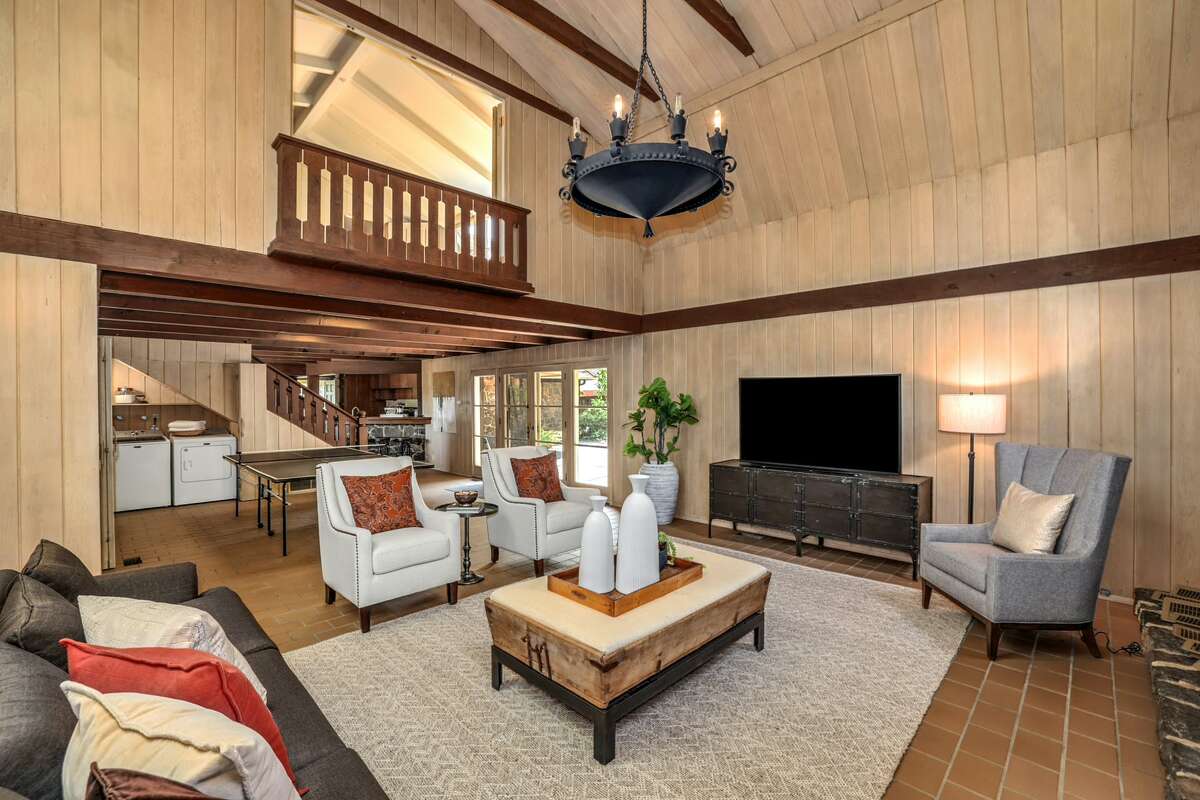 The home is multi-level, with multiple flexible rooms: bedroom, den, office, family room. A balconet adds to the Tudor romance. 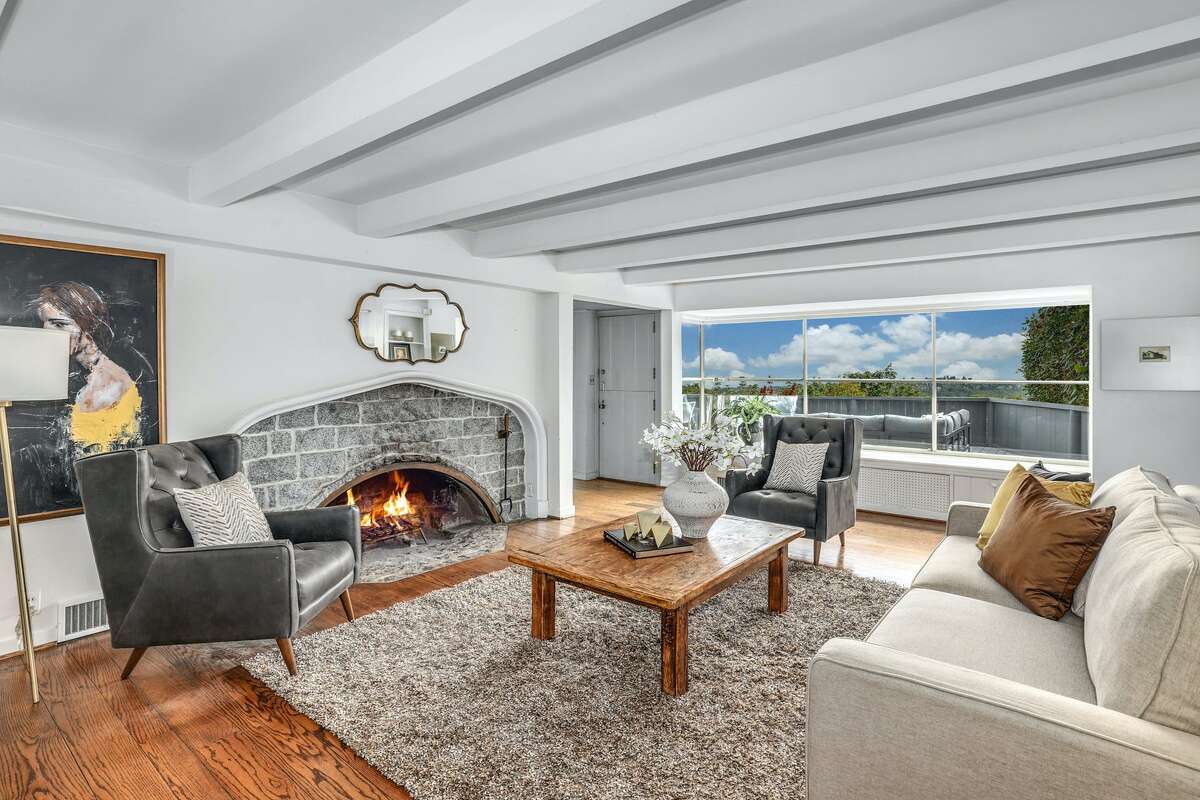 Here is another den-like room with its own fireplace and water views. 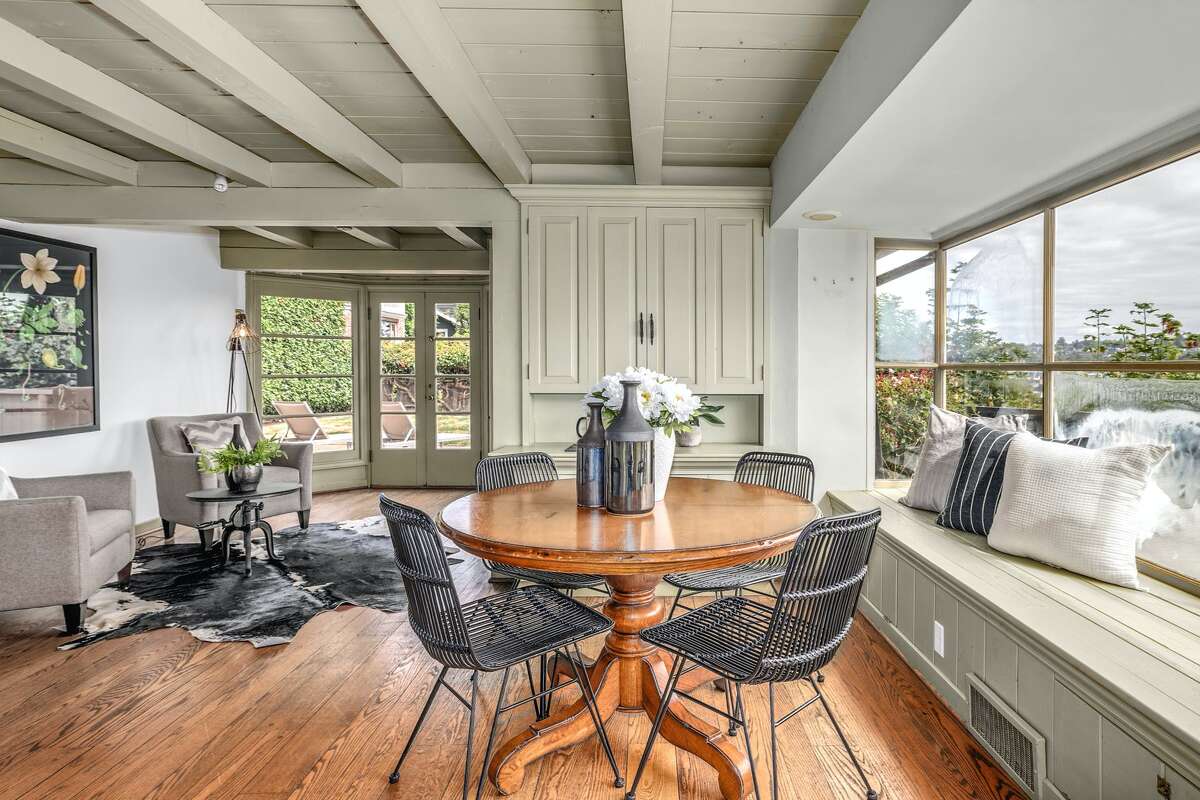 Windows, doors, and walls of glass let the light and the views into the home. 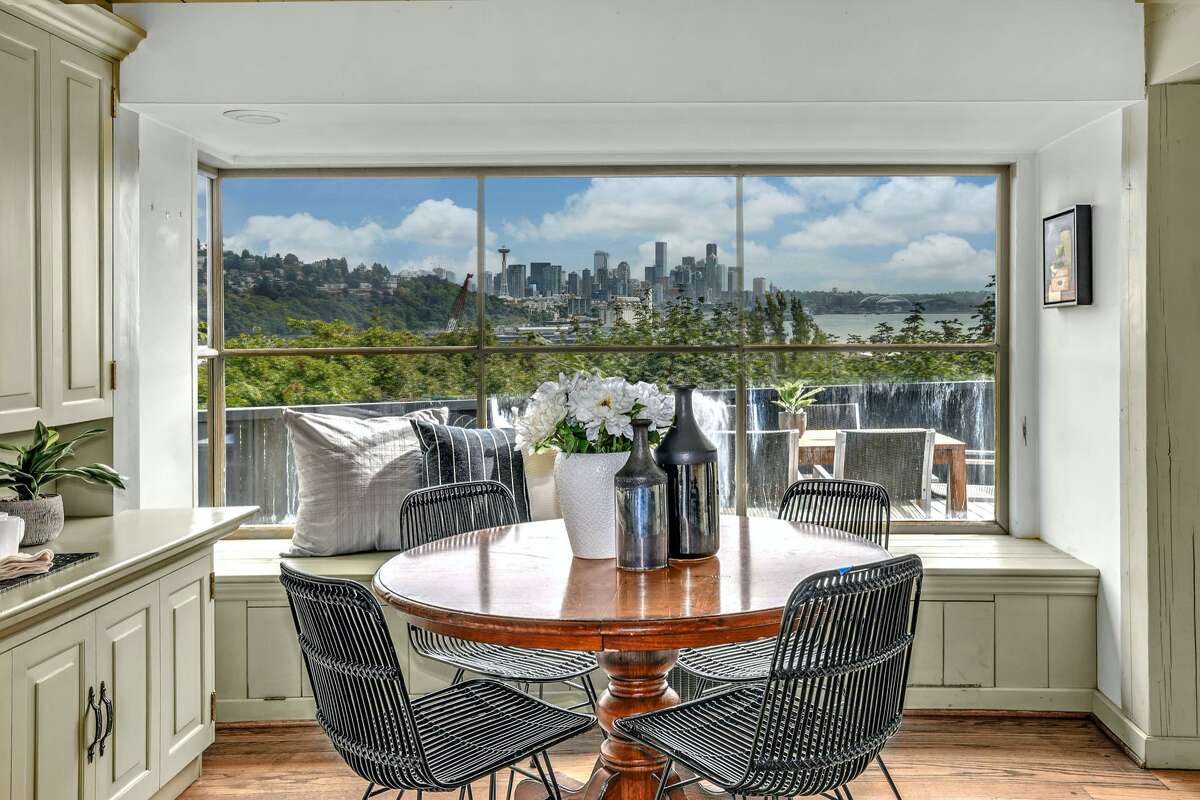 The view of Elliott Bay and the Seattle skyline from this breakfast nook is worth at least a million dollars, all by itself.

Anna Marie Erwert writes from both the renter and new buyer perspective, having (finally) achieved both statuses. She focuses on national real estate trends, specializing in the San Francisco Bay Area and Pacific Northwest. Follow Anna on Twitter: @AnnaMarieErwert.